Once you have the big names (think Rolex, Omega, Patek Philippe, and more from our list of 10 essential watches) in your watch collection line-up, grow your collection with some of the most important pieces from today’s new (often independent) watch brands.

Because the independents are typically uninhibited by big corporate politics, they can invest their time and effort into taking creative license in both design and movements. The results are stellar, with many of the young brands (some founded or purchased and re-born just within the past decade or 20 years) introducing cutting-edge and avant-garde luxury watches that most likely will be the next generation of must-have icons for collectors and watch lovers.

7 Iconic Watches for the Modern Collector 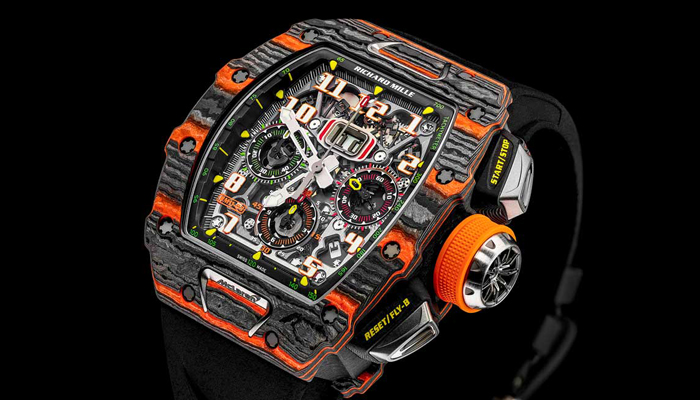 For the gear head who loves incredible precision, fine mechanics, and cutting-edge materials, Richard Mille is a must-own. This brand, which was founded in 1999, is known for its use of high-tech materials and its inventive movements, some complete with tourbillons suspended by cables. Almost any Richard Mille will become iconic, but we love the RM 11-03 McLaren automatic flyback chronograph, inspired by Formula 1 technologies. 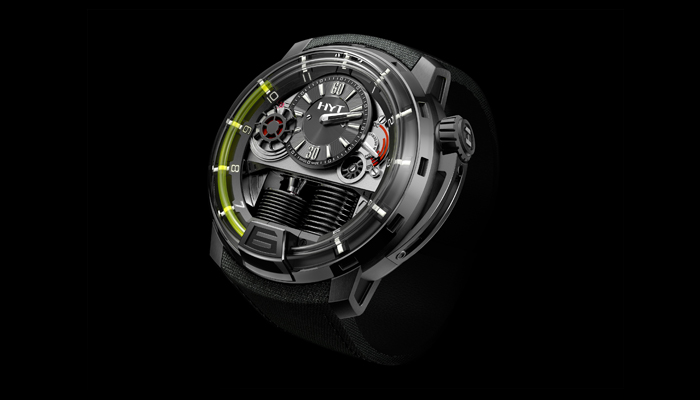 HYT is the first to use a watch’s worst enemy — liquid — to display the time. (To wrap your head around this revolutionary and mind-bending technology, read about HYT here.) While there are several great iterations, including the HYT Skull Bad Boy, the 2012 debut model, the HYT H1, outfitted with bellows and capillaries, will most likely be the one to hold its value. 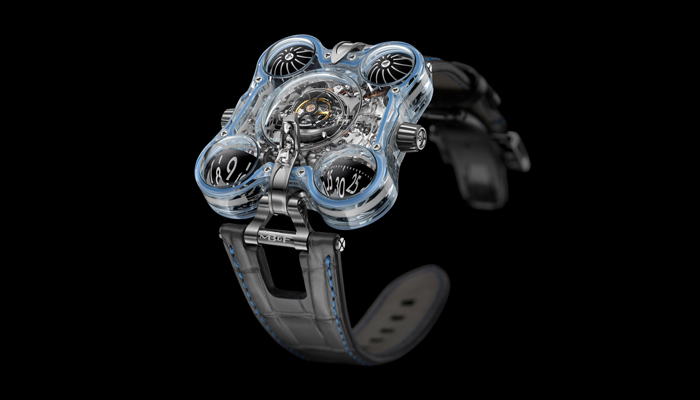 Founded in 2005 and led by watch industry veteran Max Busser, the whimsical brand MB&F’s philosophy is, “A creative adult is a child who survived.” MB&F is all about collaborations with great watchmaking minds and the space-age looking timepieces it creates are not only three-dimensional (meaning the dial has recessed and raised levels to its detail), but also offer unique concepts, like the tiny alien sculptures housed in the HM6 Alien Nation watch, destined for iconic stature. 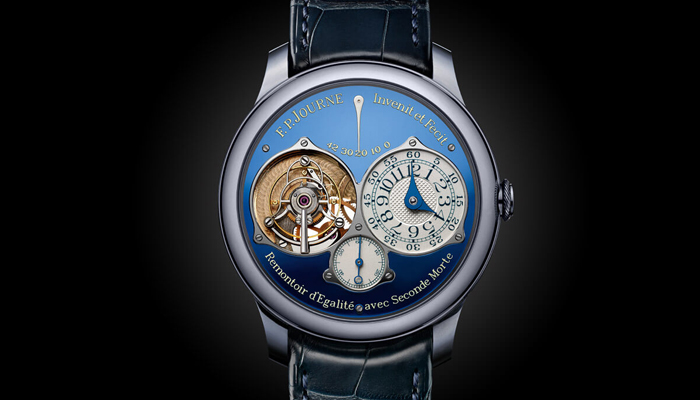 For those who love absolute classic watchmaking with modern mechanics, look no further than F.P. Journe. Founded in 1999 by master watchmaker and inventor Francois-Paul Journe, F.P. Journe’s watches are a significant but worthwhile investment. Our top pick is the (appropriately named) Dead Seconds Tourbillon, with the “dead seconds function” that ensures the seconds hand will stop on each second indicator for the duration of the second. 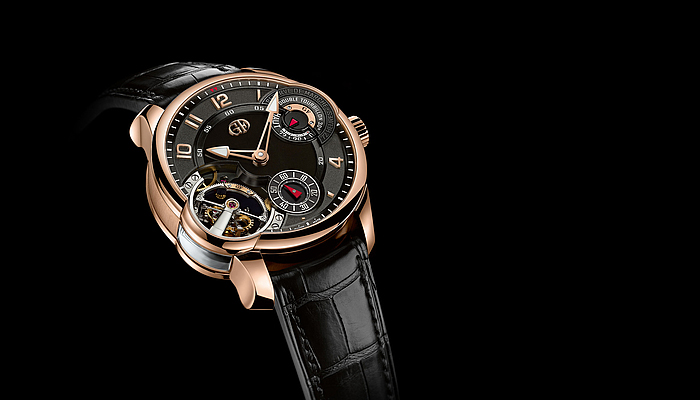 If you want to own one of the most horologically precise instruments in the world, invest in a Greubel Forsey Double Tourbillon 30° Asymétrique. While co-founders Robert Greubel and Stephen Forsey worked together on inventive concepts for five years, the actual founding of the Greubel Forsey brand wasn’t until 2004. Since then, the brand has created nearly two dozen movements and half a dozen inventions. So advanced is this brand that it is difficult to pick one iconic piece, as most will go down in history as exceptional, but we recommend one of the brand’s earlier developments: the Greubel Forsey Double Tourbillon 30° Asymétrique. 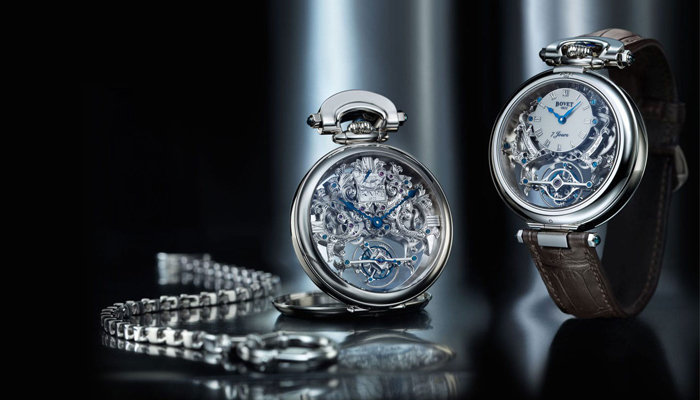 Bovet’s roots date back centuries and the brand was defunct for years before being revived in the late 20th century by Pascal Raffy in 2000. After Raffy took ownership of the brand, Bovet immediately set about taking the world by storm with creative and complex watches that appeal to contemporary collectors with an affinity for timepieces—namely pocket watches—from a bygone era. One key collection is the Amadeo series with patented technology that enables the watch to deftly transform from a wristwatch to a distinctive pocket watch to a bedside clock. 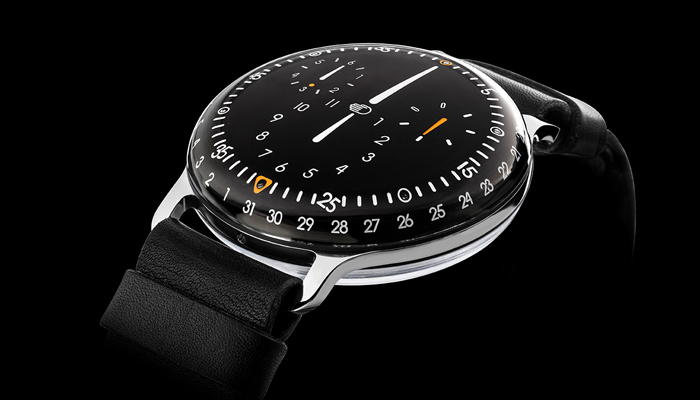 Ressence is an intriguing brand and holds a special fascination among engineering and science lovers. Originally founded in 2010 in Belgium, Ressence’s name is a cross between Renaissance and essence, and the concept behind its designs is unique; the watch features a patented time display that uses graphic elements (including disks and rings) to form the dial. While it looks complex, it is simple to read the time. The one that may reach “Iconic Status” is not the first one, but the Type 3. The watch is one of the first to eliminate the crown. Additionally, while it uses a mechanical ETA movement, the timepiece features two separate sealed chambers, one filled with oil below the dial, and the other containing the base caliber filled with air. No other watch can claim this distinction. 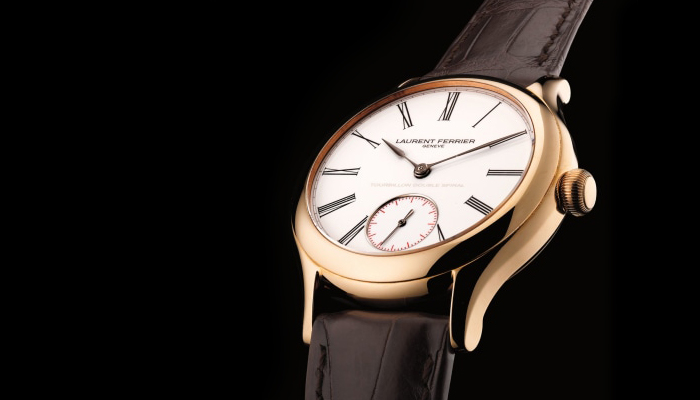 Founded in 2010, by the master watchmaker Laurent Ferrier, the eponymous brand is squarely focused on creating haute-horlogerie timepieces, hand-building a few hundred highly-limited timepieces each year. The timepieces he creates are classically elegant, often incorporating artistic elements. The standout series is the simply beautiful Galet collection. In the Galet, Laurent Ferrier incorporates a Tourbillon Double Hairspring timepiece in a superbly understated package. In fact, if one glances at the watch, its complexity is totally non-existent, as Ferrier eliminates the tourbillon aperture on the dial. The beauty within is not immediately showcased; it is a quiet secret that only the owner knows.