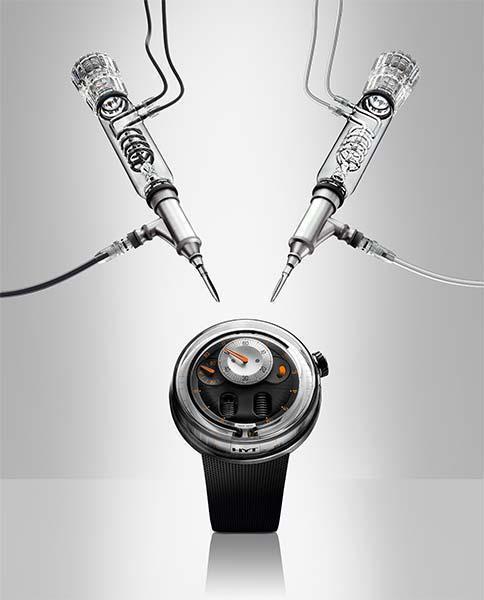 Across these disparate countries and eras, the technology of the water clock remained largely the same: a raised stone vessel allowed water to steadily drip into a second vessel. In this outflow system, the passage of time was observed by the change in water levels, marked with measured lines inside the vessel. By not relying on the cosmos or the sun to keep time, the water clock method was a horological breakthrough.

Throughout the centuries, water clocks, naturally, became obsolete—supplanted by new and better ways of tracking the passage of time. However, the Swiss watch brand HYT is taking up the mantle of carrying on this archaic method of time-keeping, re-engineering and reimagining it for the 21st century.

Patrick Berdoz and Vincent Perriard, the watchmakers behind HYT, were transfixed by the idea of using a liquid to observe time. The pair ultimately spent ten years in their relentless pursuit of translating the water clock into a modern watch. The end result is a mind-bending engineering marvel.

HYT’s technology uses a proprietary mechanical movement that compresses a bellow, which in turn pushes a tinted liquid through a glass capillary to indicate the time. Still rooted in centuries-old applied science, HYT’s novel approach to indicating time is like a progress bar for the hours passed in a day, perfectly suited for today’s tech-minded society.

HYT has masterfully tapped into so many facets of horological past, present and future: ancient water clocks, traditional mechanical movements, and a revolutionary watch complication. All at once, HYT challenges and pays tribute to the long history of timekeeping. 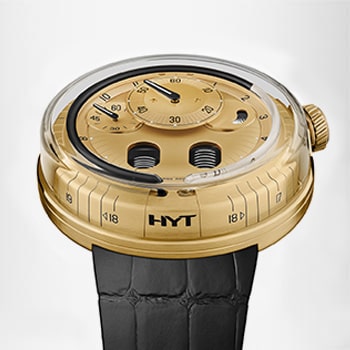 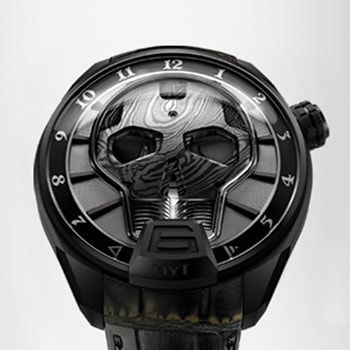 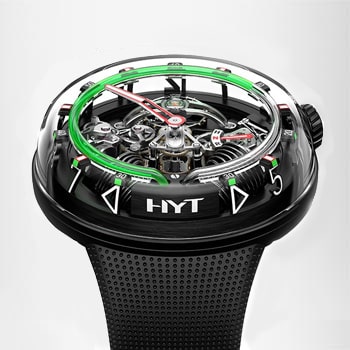 A crucial part of HYT’s hydro-mechanical technology: the specially-designed fluid that is used to display the time. This ground-breaking engineered liquid has a homogenous color and is shock-, temperature- and water-resistant. Ultimately, HYT’s team filed for seven patents for the liquid alone. 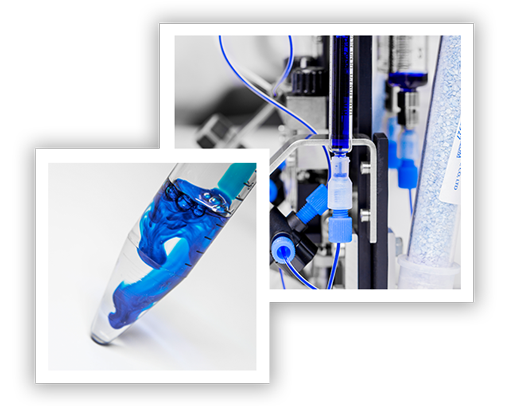