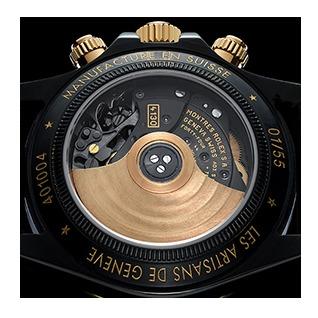 The four-time Grammy Award winner founded his own design firm, Kravitz Design, in 2003. Under the Kravitz Design name, Kravitz has designed a chandelier with Swarovski, wallpaper with Flavor Paper and collaborated with architect Philippe Starck on a reinterpretation of Starck’s streamlined Mademoiselle Chair. Kravitz even designed a two-story penthouse recording studio at the posh Setai Hotel and Residences in Miami, Florida.

There is one creative project, however, that strikes a particularly personal chord for the rock star-turned-designer: the LK 01 watch, Kravitz’s latest endeavor, was produced in collaboration with the independent watchmaker Les Artisans de Genève.

Kravitz is an avid watch collector, and he bonded with the Les Artisans de Genève collective over a shared passion of watch-making, craftsmanship and tradition. Les Artisans de Genève specializes in bespoke timepieces. Their modus operandi involves refashioning watches from iconic luxury brands by reworking nearly every detail of the pieces, inside and out. 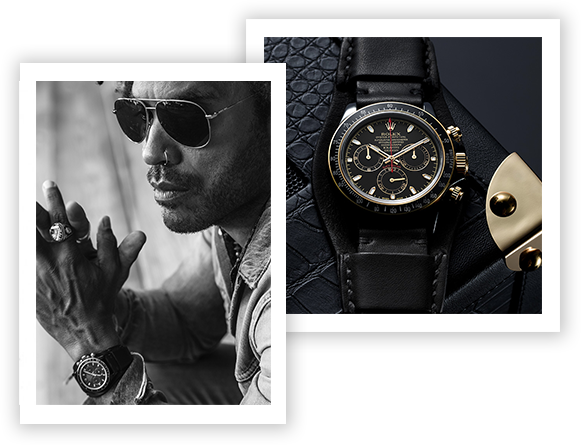 Kravitz began with the iconic Rolex Daytona as his base. After two years of research, he and the highly concentrated network of Les Artisans de Genève watch-makers used the model and Kravitz’s unique design expertise to customize the watch’s overall design. Among the customizations were the addition of black DLC to the watchcase and the replacement of the original bezel with a handmade golden Bakelite part. The dial was modified by hand to include gold markers but, in homage to the original Daytona, the iconic red markers were left untouched. Additionally, the movement was treated in black and holds a 22-carat gold rotor, which is visible through the transparent back. And, in lieu of the original Daytona’s gold bracelet, Kravitz’s specially-designed Barenia calf leather strap imbues the hefty watch with a daring rock star edge.

Uniquely modified by a wildly creative musician and enriched by a passionate group of skilled artisans, the LK 01 is a striking tribute to the original Rolex Daytona. The fashion-forward new model is extremely limited, as only 55 pieces are being made available worldwide.