Costume jewelry are designs that use non-precious materials as a cheaper alternative to fine jewelry. These less-expensive trend-driven pieces have an interesting history of their own. We explore the history of costume jewelry from its 18th century European origins to its boom in popularity thanks to Coco Chanel.

Early Costume Jewelry of the 18th and 19th Century
Although costume jewelry as we recognize it today did not come about until the early 20th century, the concept of costume jewelry can be traced back to the 18th century.

Europeans’ ever growing appetite for fine jewelry with precious stones (namely diamonds) created a need for a most cost-effective alternative. Enter French jeweler Georges Fréderic Strass, who in 1724, introduced a special leaded glass that, when cut with metal powder, emulated the magnificent twinkle and shimmer of genuine diamonds. Strass’s inexpensive glass diamante jewelry was immediately popular with Parisian’s fashion set.

In 1892, Austrian jeweler Daniel Swarovski developed his own rhinestones that could perfectly resemble the shimmer and shine of colorful gemstones like emeralds, rubies, and sapphires by using high-lead-content glass with a foil backing. Swarovski also employed a revolutionary glass-cutting machine that could quickly and decisively facet glass with more brilliance than any expert artisan hands historically could. In turn, Swarovski could mass produce inexpensive “Swarovski Crystals.” 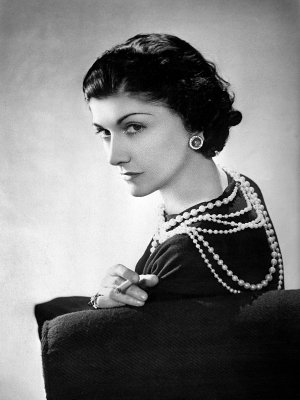 Until the early 20th century, costume jewelry was still designed to resemble heirloom jewelry and, although it was comparatively inexpensive to produce, it was still worn as a symbol of wealth and prestige. Costume jewelry was also looked down upon as being only for women who couldn’t afford necklaces and bracelets made with real gemstones.However, Coco Chanel is largely credited as being the primary influence behind the shift of fashionable tastes from delicate fine-jewels to colorful, statement costume jewelry. She designed and popularized large pieces that stood in beautiful contrast to her minimalist ready-to-wear designs: ropes of long pearls, large enamel bangles, and dazzling C&C logo earrings.

Concurrently, the Art Deco style—which combined the geometry of art’s Cubism movement with bright colors and fine and exotic materials with references to the general industrial and technology boom of the era—influenced the design of buildings, furniture, transportation and fashion and jewelry.

Jewelry designs, in particular, employed Art Deco’s strong lines and symmetrical patterns. Chunky and angular bangles were a favorite of flappers who wore them piled up on their bare arms. Costume jewelry was made with unconventional and non-precious materials like gold plated brass, wood, and leather.

The Post World War II Retro Era
The world’s economy during and after World War II greatly influenced jewelry trends and markets. The war effort’s need for platinum and alloy metals lead to many designers working with yellow or pink gold. And with fewer European jewelers able to actively produce jewelry during wartime, American jewelers’ business grew. Similarly, with European’s precious stones supply effectively dried up, jewelers turned to Brazil instead for colorful and large gemstones and also used synthetic stones as substitutes.

Stylistically, costume jewelry shifted from the Art Deco industrial-influenced designs to include whimsical and feminine motifs like bows and floral boughs. Tastes also gravitated towards asymmetrical and three-dimensional styles.

The Modern Period
In the 1950s, contemporary costume jewelry styles shifted again. The mid-century Modern era’s understated style was heavily influenced by the Bauhaus movement that married form and function, imbuing every design with an artistic air. Platinum also returned as the material of choice. Jewelry became lighter and incorporated more textures like engraved finishes and braided rope accents. 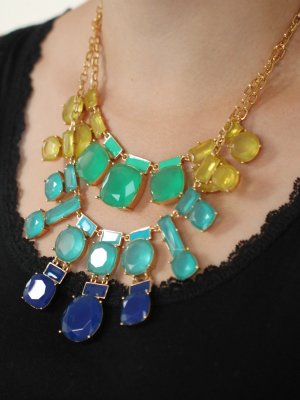 Costume Jewelry Today
Today costume jewelry (also referred to as fashion jewelry) has become a mainstay of any wardrobe. Affordable costume jewelry is needed to appeal to the rapidly changing tastes associated with the fast-fashion industry.