Home Brand Spotlight The Evolution of the Rolex Daytona

Today, the Daytona watch ranks as one of Rolex’s most popular and sought-after models. However, its widespread popularity was slow to come. We go through the key years in the evolution of the Rolex Daytona to understand how it grew into a smash sensation.

1955 – Rolex releases Reference 6324 Chronograph.
When it debuted in 1955, the modern Daytona’s precursor, the Rolex’s Reference 6324, was largely underwhelmingly received; shoppers preferred watches by Rolex’s competitors, who had long established themselves as the leading manufacturers of chronographs. Only 500 watches were released annually until Reference 6324 was ultimately discontinued in 1961. (Fast forward to today and these “Pre-Daytonas” are now rare and hotly coveted Rolex collector’s items with an entry-level price tag of a whopping $20,000.)

1963 – Rolex releases Cosmograph Reference 6239.
In 1959, the Daytona racecourse, which was previously half asphalt and half sandy beach, was fully paved and christened the Daytona International Speedway. Several years later, Rolex served as the race’s official timekeeper. And, finally, in 1963, in honor of the Swiss brand’s sponsorship of the race, Rolex released the Cosmograph Reference 6239. The Cosmograph was given the nickname the Rolex Daytona soon after. The watch was specially designed for racecar drivers and included a tachymeter scale and a larger bezel. 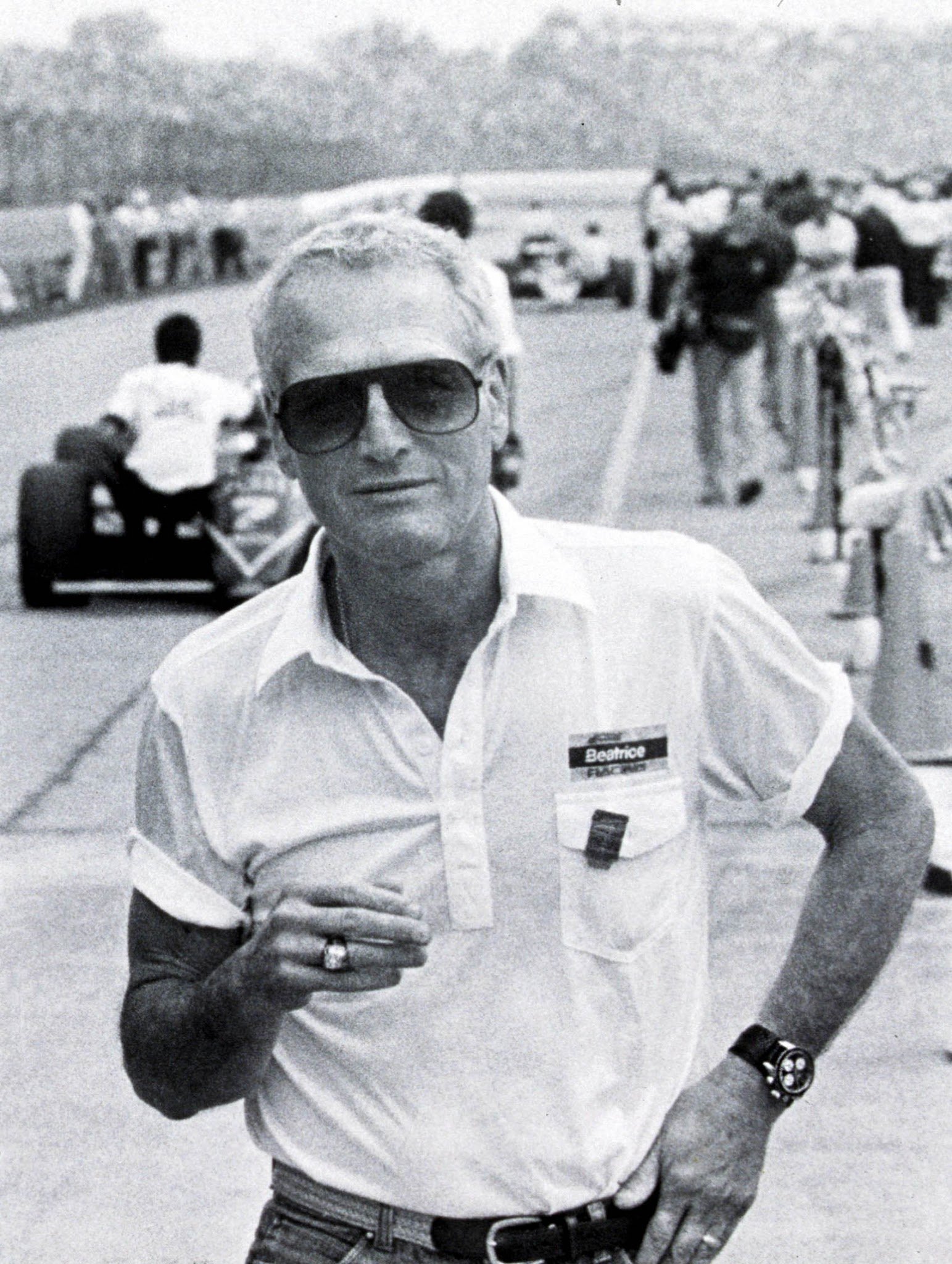 Late 1960s – Paul Newman bolsters the popularity of the Rolex Reference 6239.
Actor and accomplished racecar driver Paul Newman became the first celebrity to wear the Rolex Daytona. Newman wore his Daytona watch during races. (It is also reported Newman wore his Daytona every day from 1972 until his passing in 2008.) But, in spite of Newman’s notoriety and widespread appeal, the Daytona was still not a bestseller for Rolex.

Although Paul Newman’s name is well-associated with the Rolex Daytona today, in order for the watch to be formally classified as a “Paul Newman Daytona”, it needs to be a Reference 6239, 6241, 6262, 6263, 6264 or 6265. These rare Daytonas are typified by their distinctive sub-dials, which have crosshairs, block markers, and a seconds sub-dial placed at the 9 o’clock hour marker.

Initially a bit of a sales bust for Rolex, Reference 6262 proved to be a pivotal transition model for the Daytona collection. It marked the Swiss brand’s return to an engraved steel bezel and unthreaded push buttons. Reference 626 also housed a modified Valjoux movement, the Rolex Cal. 722 that had to be manually wound.

Today, Reference’s 6262 rarity has made it a high-demand (and high-ticket) item for collectors. 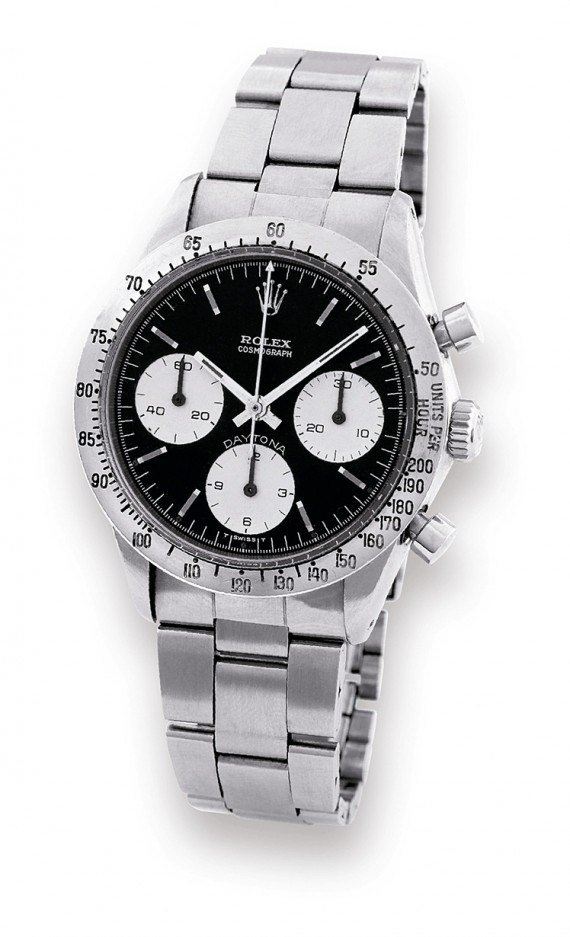 1988 – Rolex introduces a self-winding Daytona and popularity finally soars.
On the heels of the Quartz Crisis, the Rolex Daytona felt passé in large part due to its movement, which still required manual winding. Amidst sluggish sales, Rolex introduced Reference 16520, a self-winding Daytona that housed a modified self-winding Zenith Caliber 400 movement. The Reference 16520 also underwent aesthetic updates to appeal to changing tastes. Rolex’s updated Daytona featured a larger case diameter and the dials were lacquered and glossy.

Throughout the 1980s, industry-wide demand for sportier chronographs ballooned and Rolex had impeccable timing in releasing its self-winding Daytona. The discontinuation of their manual-wind Daytonas and the release of this new, modernized Daytona lead to a significant increase in demand for both old and new Daytonas. In 1988, Rolex Daytonas had a three-year-long waiting list, and demand for the wildly popular Rolex model has not waned since.

2000 – Rolex launches its first Daytona with an in-house movement.
Until 2000, the Rolex Daytona movement was not an exclusive, in-house design. The Daytona remained the outlier in Rolex’s collection as the only model with a foreign-sourced caliber. But, in 2000, Rolex debuted its in-house Caliber 4130 movement.

Still used in Daytona watches today, the Caliber 4130 has 44 jewels, Kif shock absorbers, and boasts an impressive 72-hour power reserve. The dial was also updated in turn to reflect the change in calibers. The seconds subdial moved from the 9 to 6 o’clock hour markers. 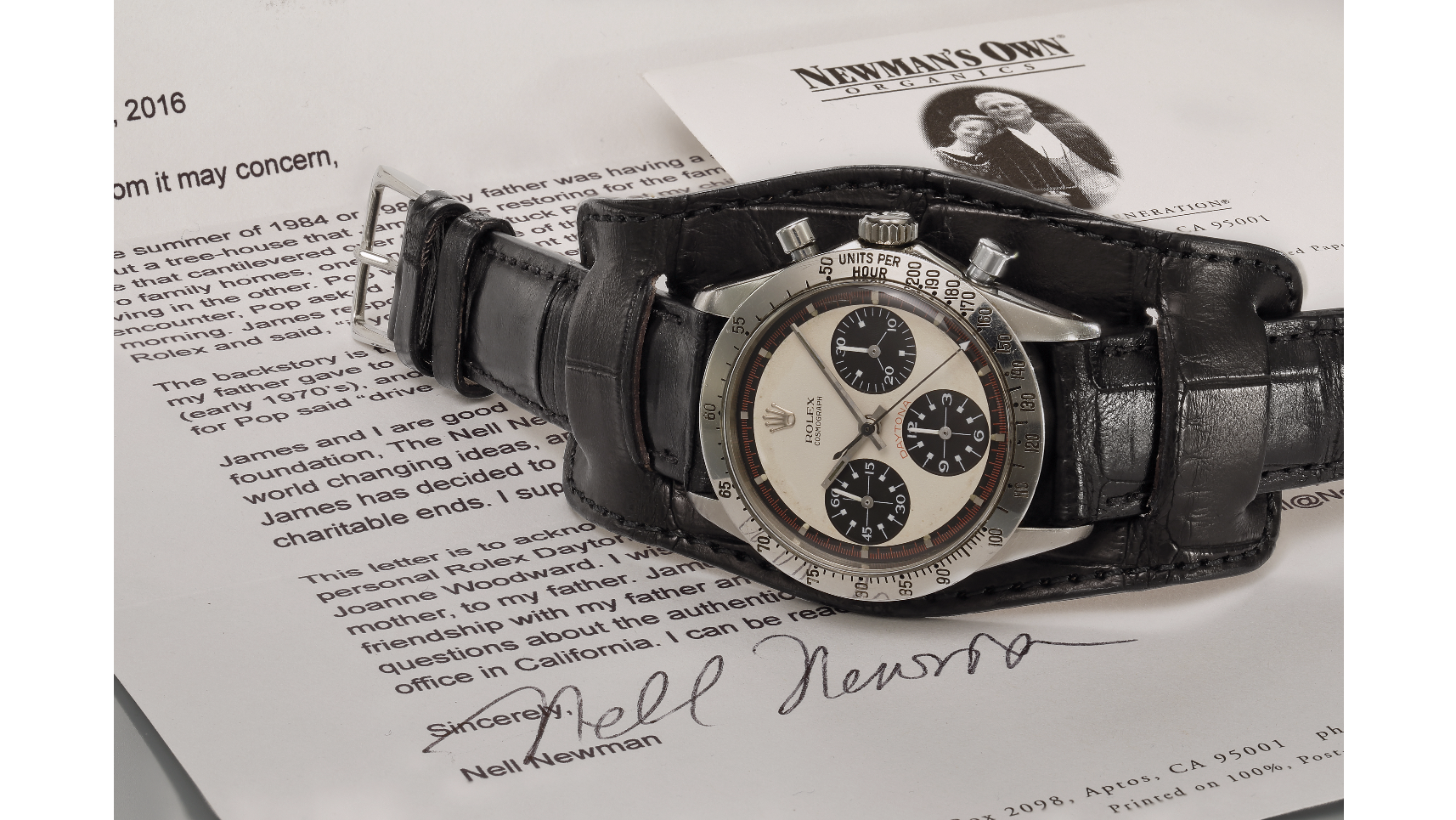 Learn more Rolex collectors’ favorite watches and how they earned their nicknames in our post here!