With all its illustrious history, the Rolex brand has certainly produced some impressive watches. Their high caliber products, assured to an exceptional level of quality, have over the years garnered a passionate cult following of watch enthusiasts.

As such, when the brand releases a new model, or a new iteration of a popular one, these fans will not only line up at accredited Rolex dealers to purchase the latest watch, but they will also give the truly special ones affectionate nicknames that become accepted monikers throughout the community.

We’ve put together this rundown of special Rolex watches that have earned new sobriquets—and, at the end, some honorable mentions for the features that make some vintage Rolex watches the star of the show. 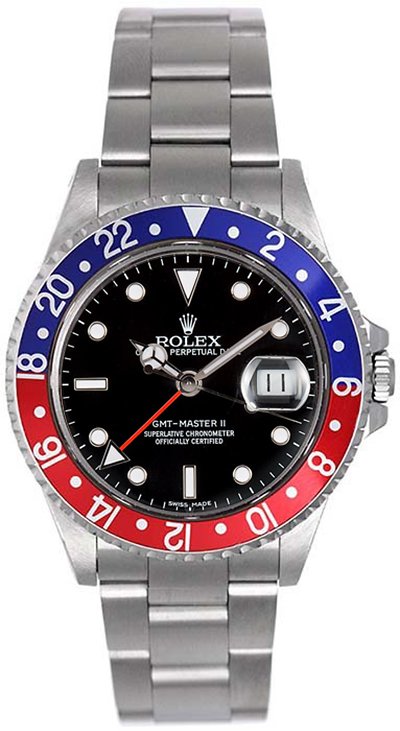 The Pepsi Rolex—so named for the combination of red and blue on the bezel, which is reminiscent of the soda company’s logo—was introduced in 1954 as the original GMT-Master Ref. 6542. Rolex has since made updates to the GMT-Master model (in fact, GMT-Masters are no longer produced; they have been replaced by GMT-Master IIs) but the color bezels remain and continue to be called by their community-given Rolex nicknames. 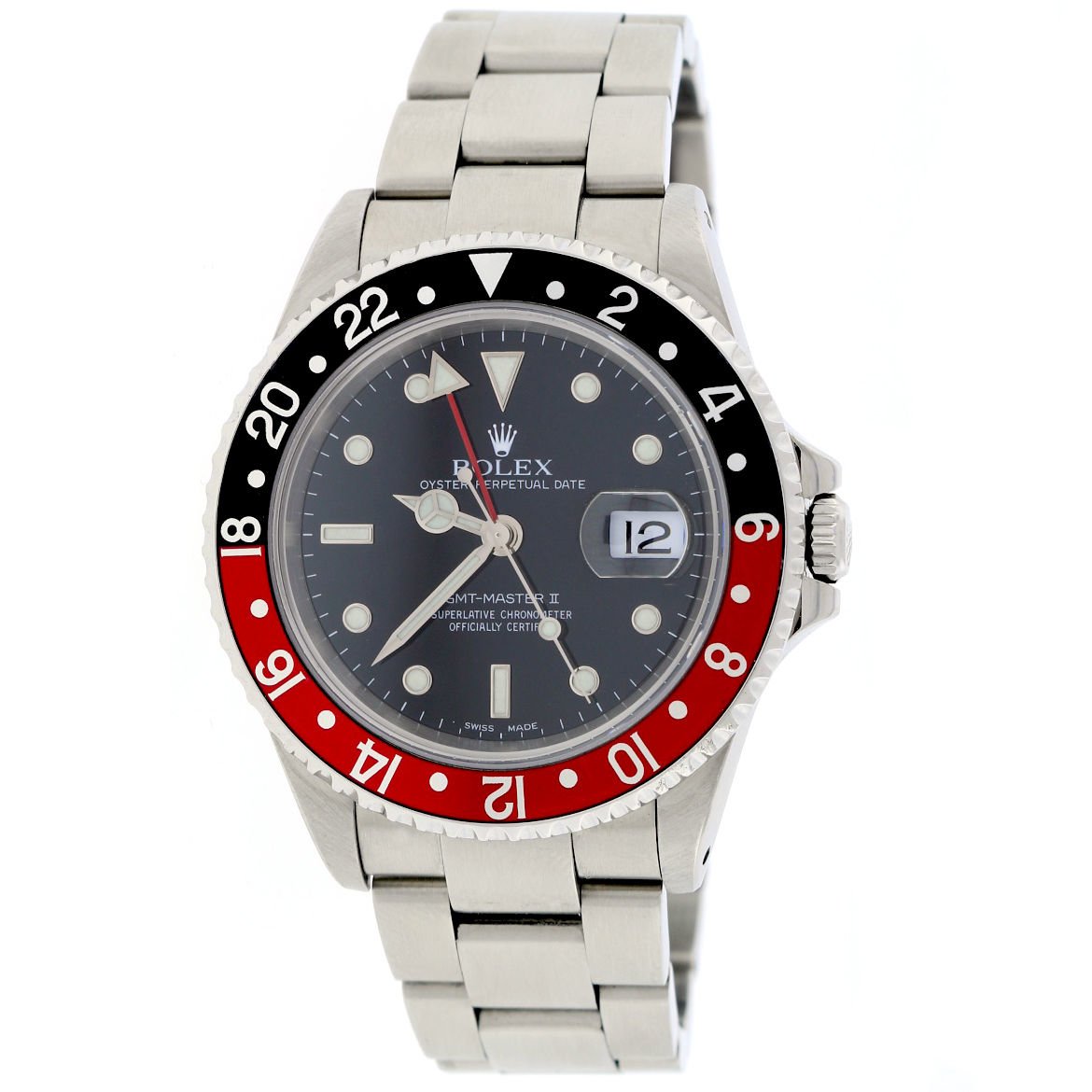 The Coke watch was one of the last of the color bezels that the GMT-Master/-Master II models came in. This iteration followed the all-black design from the early 1970s and was introduced in 1989, though collectors didn’t give it the Coke moniker until much later. The connection between the nickname and the bezel is less obvious here, since the Coca-Cola logo is red and white while the bezel is red and black, but it remains a popular choice for collectors nonetheless. 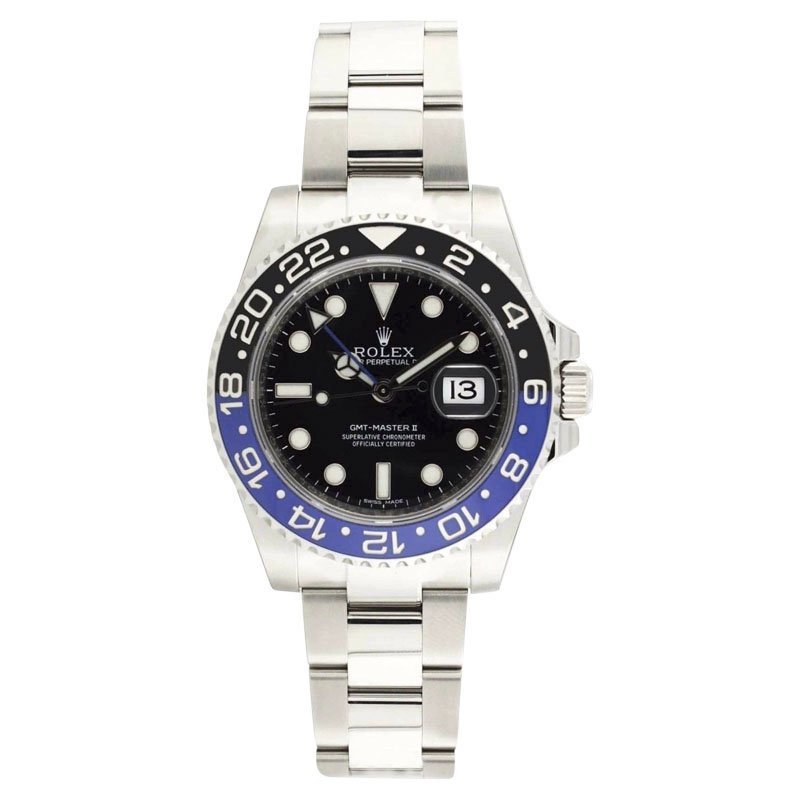 The latest of the GMT-Master series with a color bezel, the Batman watch is so named because the blue and black combination on its bezel is reminiscent of the comics and the animated TV shows that documented the superhero’s adventures. This model was released at Baselworld in 2013 and is outfitted with the world’s first two-tone Cerachrom bezel. It’s nearly impossible to make a single ceramic piece with two distinct hues to it, so much so that Rolex has patented the process. 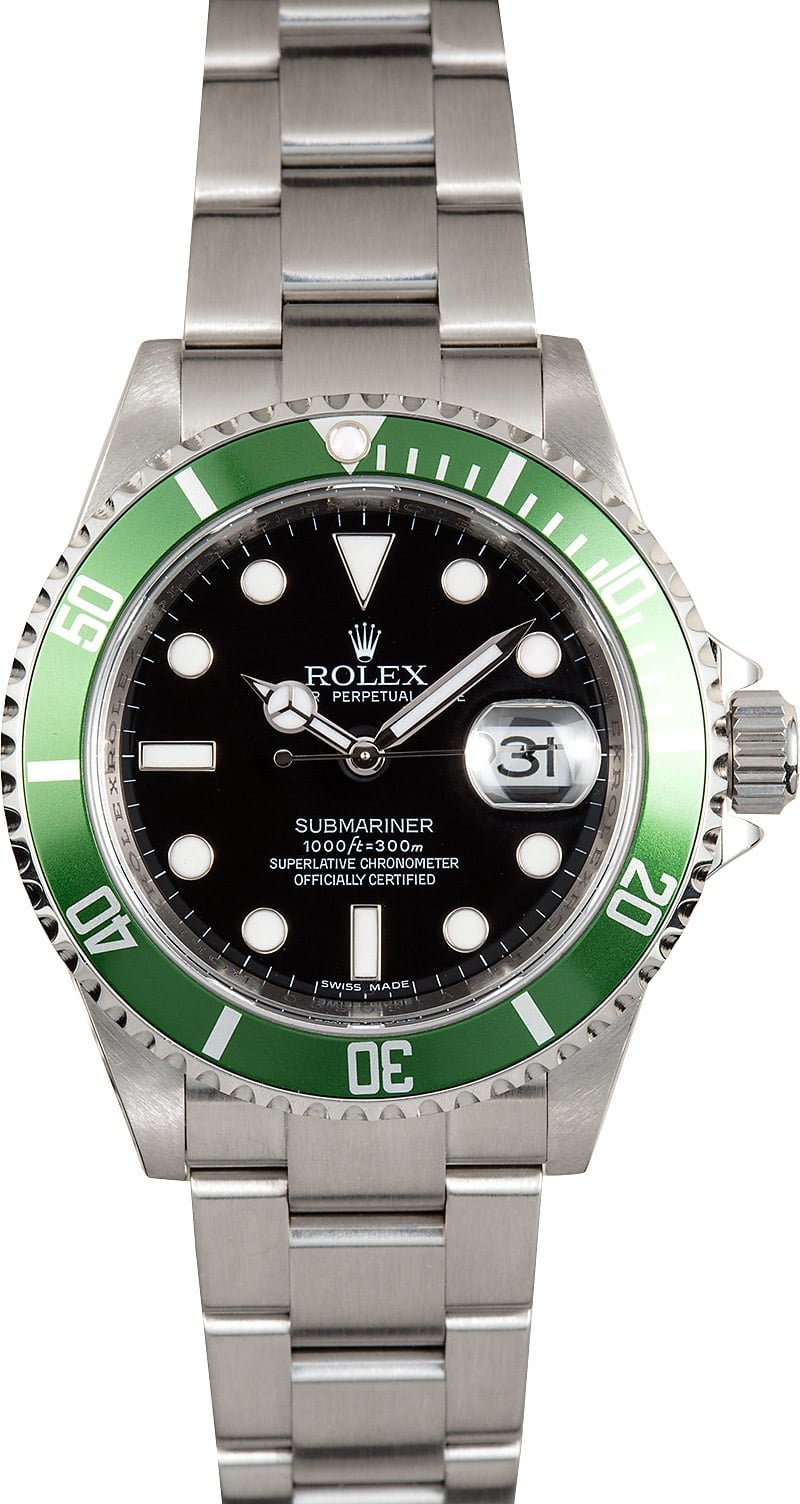 The Rolex “Kermit” Submariner contains all the features that endear the iconic diving model to collectors, but it is also outfitted with a magnificent green rotating bezel and contrasting black dial. The LV in this watch’s reference stands for Lunette Verte. The Kermit watch was released in 2003 as a commemoration of the 50th anniversary of the Rolex Submariner. 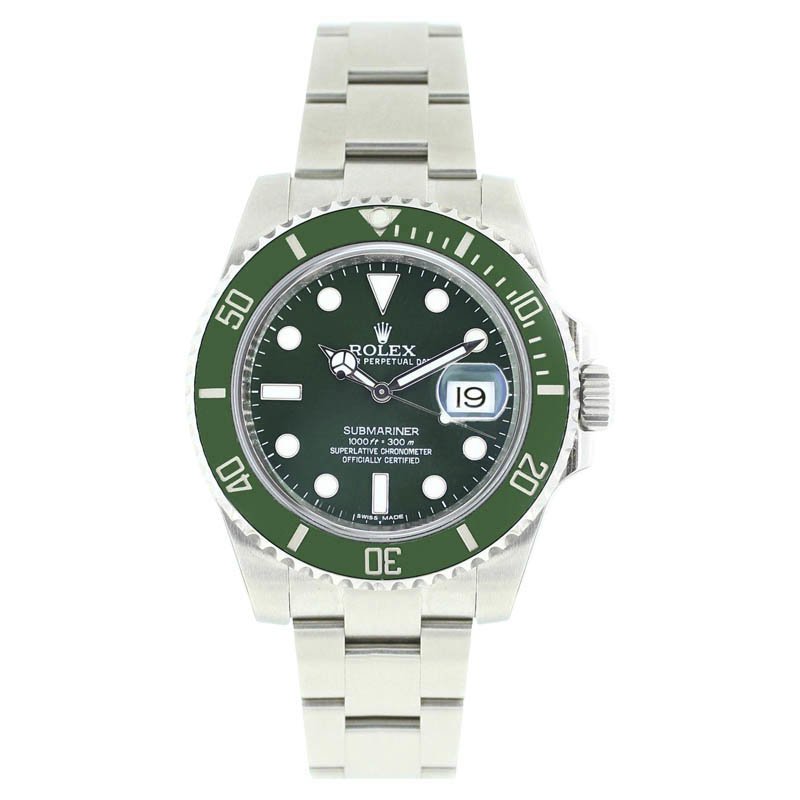 After the success of the Kermit watch, Rolex produced the “Hulk” Submariner, which is very similar to its predecessor save for a few minute details. The Hulk watch, which launched at Baselworld in 2010, is furnished with a signature Rolex Green Cerachrom bezel that matches the Rolex Green dial. In addition to that, Rolex updated the clasp from the Kermit watch to include the Glidelock system that allows the watch to be worn comfortably over a diving suit. 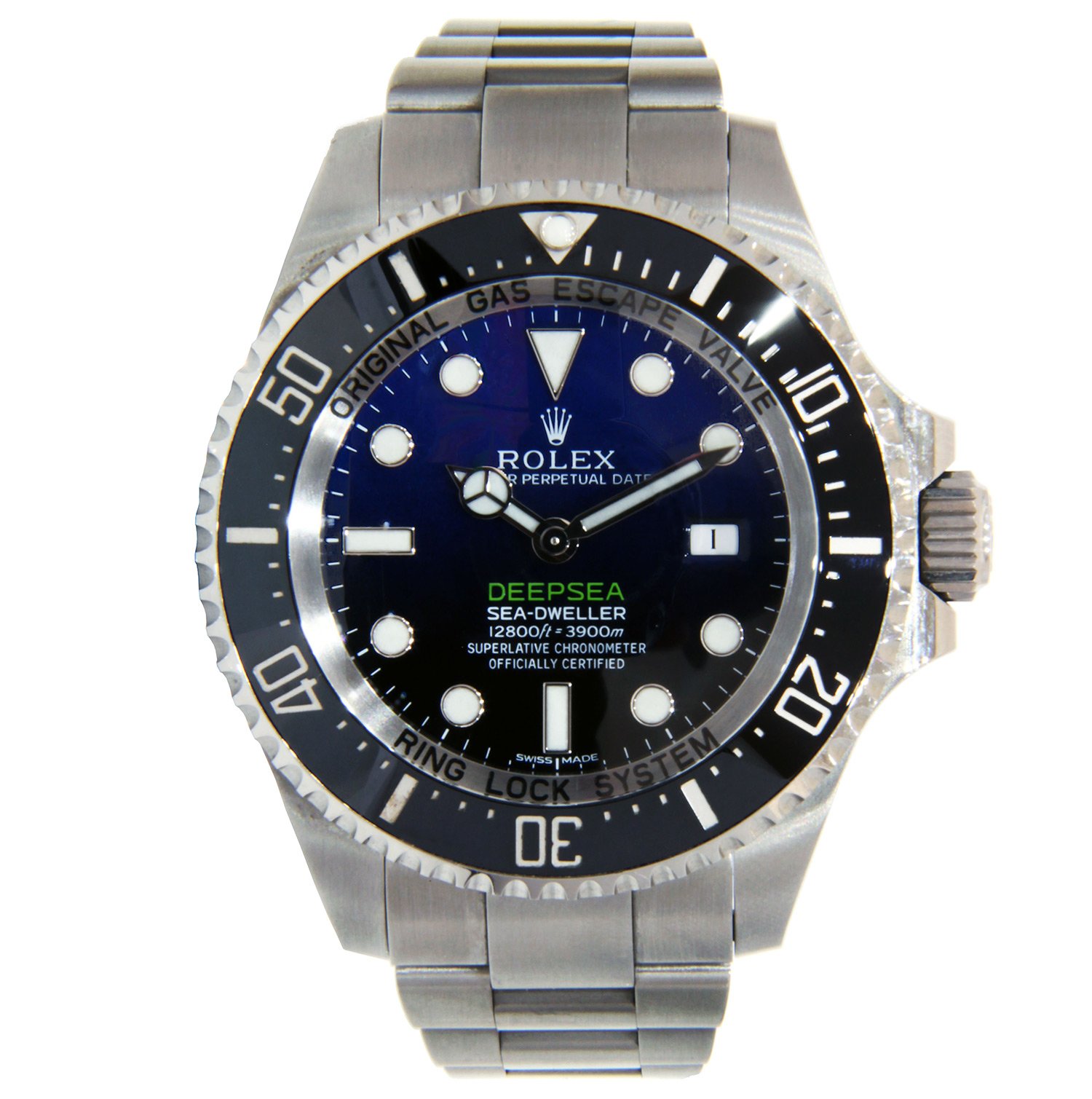 This edition of the ever-popular Sea-Dweller was created to commemorate celebrated writer and director James Cameron’s journey to the deepest point on Earth in 2012. During the documentary he made about the trip, Deep Sea Challenge 3D, Cameron chronicled every moment of his expedition through Marianas Trench, including when he finally reached 35,787 feet below sea level, the deepest point on record. The Deepsea Sea-Dweller was presented to Cameron at the premiere of the documentary in New York City. The watch is decorated with a dial that gradates from blue to black and is inscribed with the word “DEEPSEA” in chartreuse, which was the color of Cameron’s submersible. 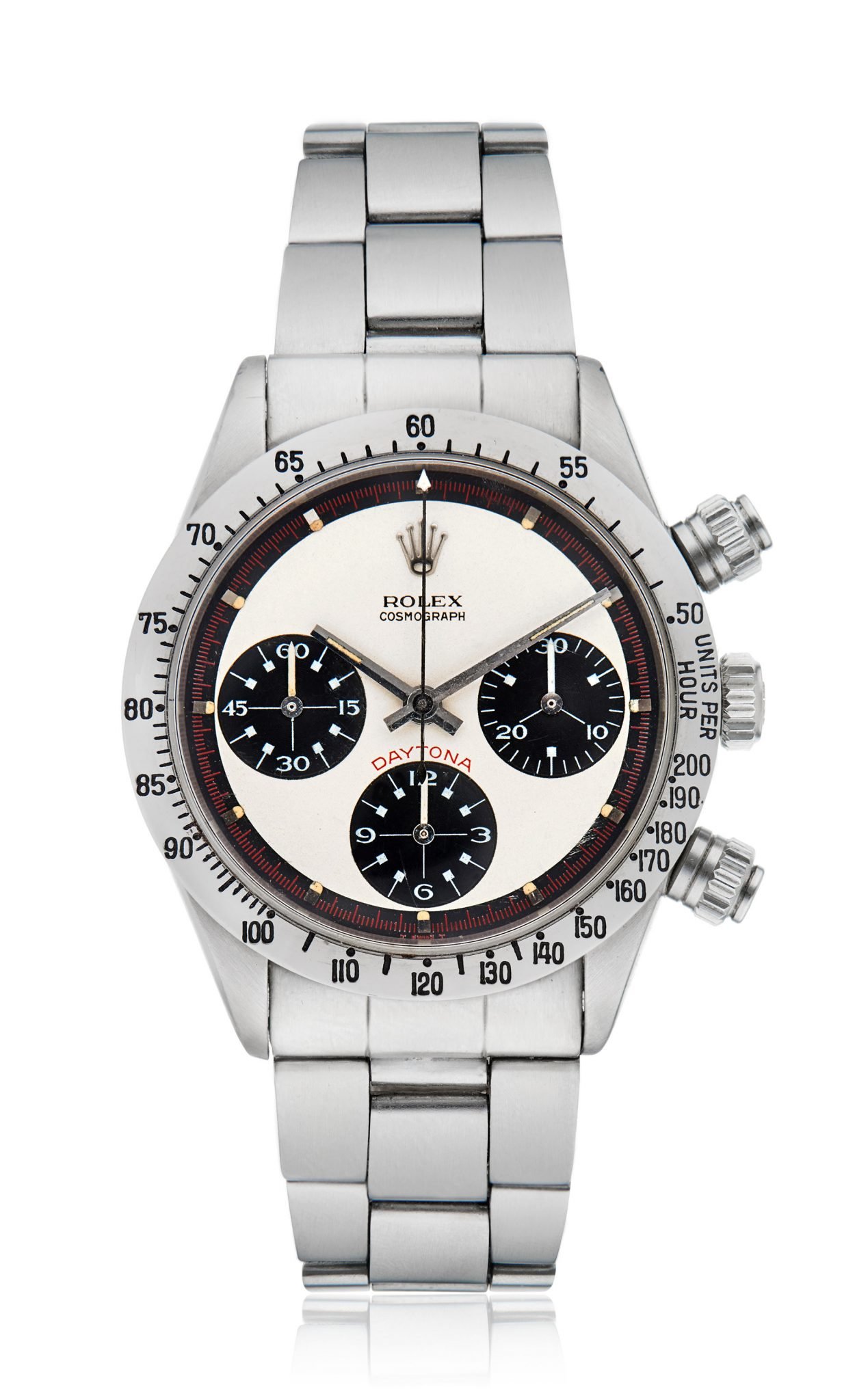 Paul Newman watches are a particularly special variant of the Rolex Daytona. So named because of the actor’s fondness of wearing his Daytona, the Paul Newman Daytona is distinct because of its art deco-style numerals, the square tips on the markers on its subdials, and the small “step” in the dial between the outer minute track and the center of the dial. The differences between a Paul Newman Daytona and a regular one from the same reference may be entirely superficial, but these minute changes have made this exotic-dialed watch sell for much higher than traditional Rolexes.

Fifteen years ago, a collector would have scoffed at the idea of purchasing a Rolex with a dial that has faded because of sunlight exposure over the years. Paying more for it over a pristine, traditional Rolex was out of the question. These days, however, some collectors will pay top dollar for exotic dials on Rolexes. This can mean paying $65,000 more for a Paul Newman Daytona than a Daytona from the same year, or it can mean finding a Rolex with a slightly “damaged” dial that is completely one of a kind and blowing over $100,000 on it. We’ve put together some examples of these “damages” that occur over time on vintage Rolexes that drive their price up at auction. 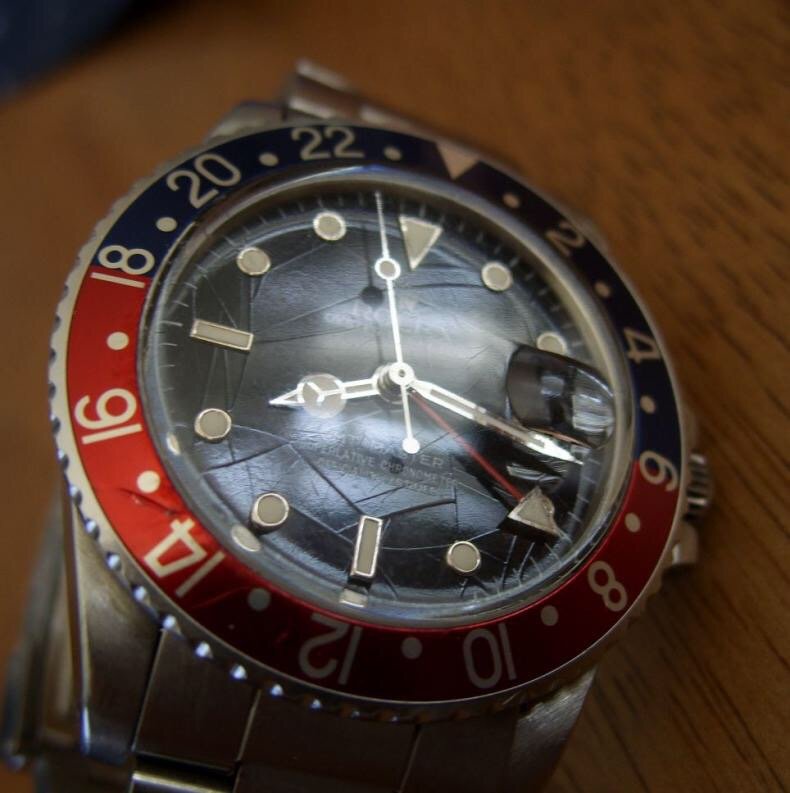 A crazed dial refers to the lacquer that covers the dial of a watch, which can crack over time and cause a spidery-looking pattern to form on the dial. For this reason, crazed dial watches are also sometimes called spider dial watches. 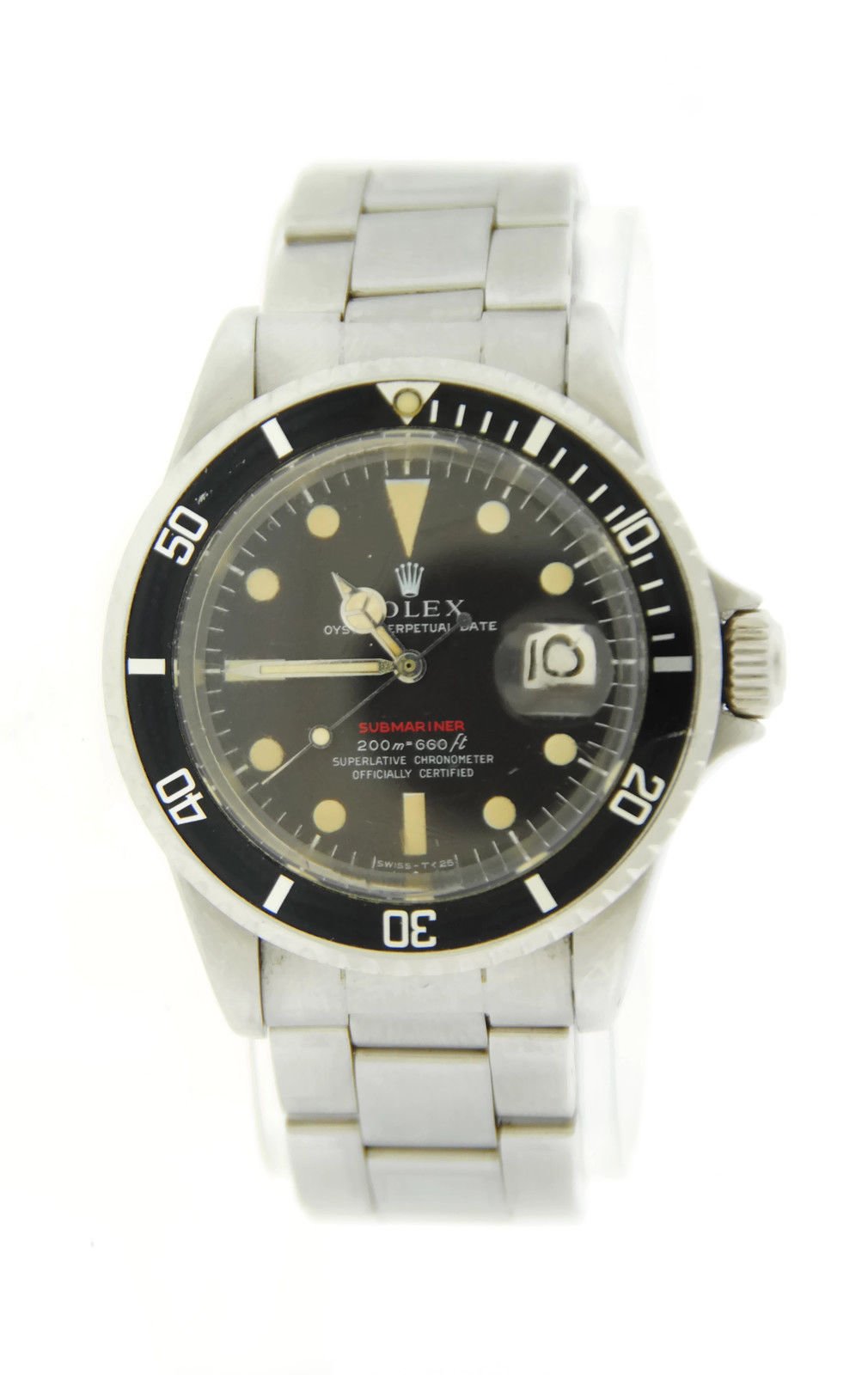 Tropical dials are so named because they appear to have faded over time by sunlight. Vintage watch collectors are often on the hunt for these types of dials; they are very rare, as most Rolex owners who have their watches for a long time will keep them in a safe, dark place where they won’t fade. 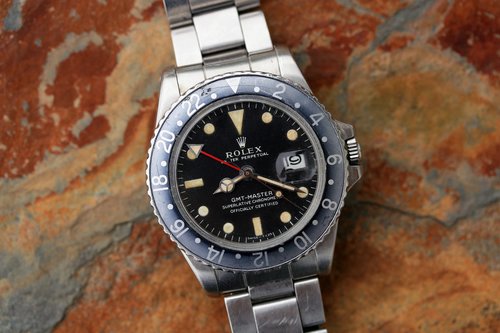 When the bezel of a vintage Rolex is faded and takes on an almost translucent quality, the watch is labeled a ghost dial watch. This fading, which authentically occurs due to prolonged exposure to elements like sunlight or saltwater, verifies that a vintage watch is original and has not had parts replaced or updated. 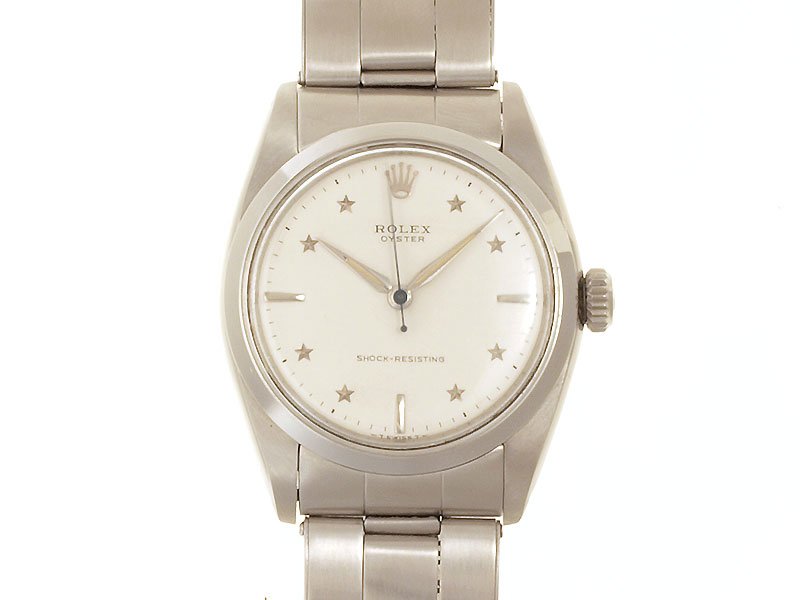 Only two Rolexes in the world were made with moonphase complications, and both of them are outfitted with star dials. Simply, these two watches have gold, star-shaped markers to determine the hour. Both of them sold at auction for over half a million dollars each. There are, however, other Rolex models that are also furnished with star dials, and these are not quite as rare, but still very valuable. 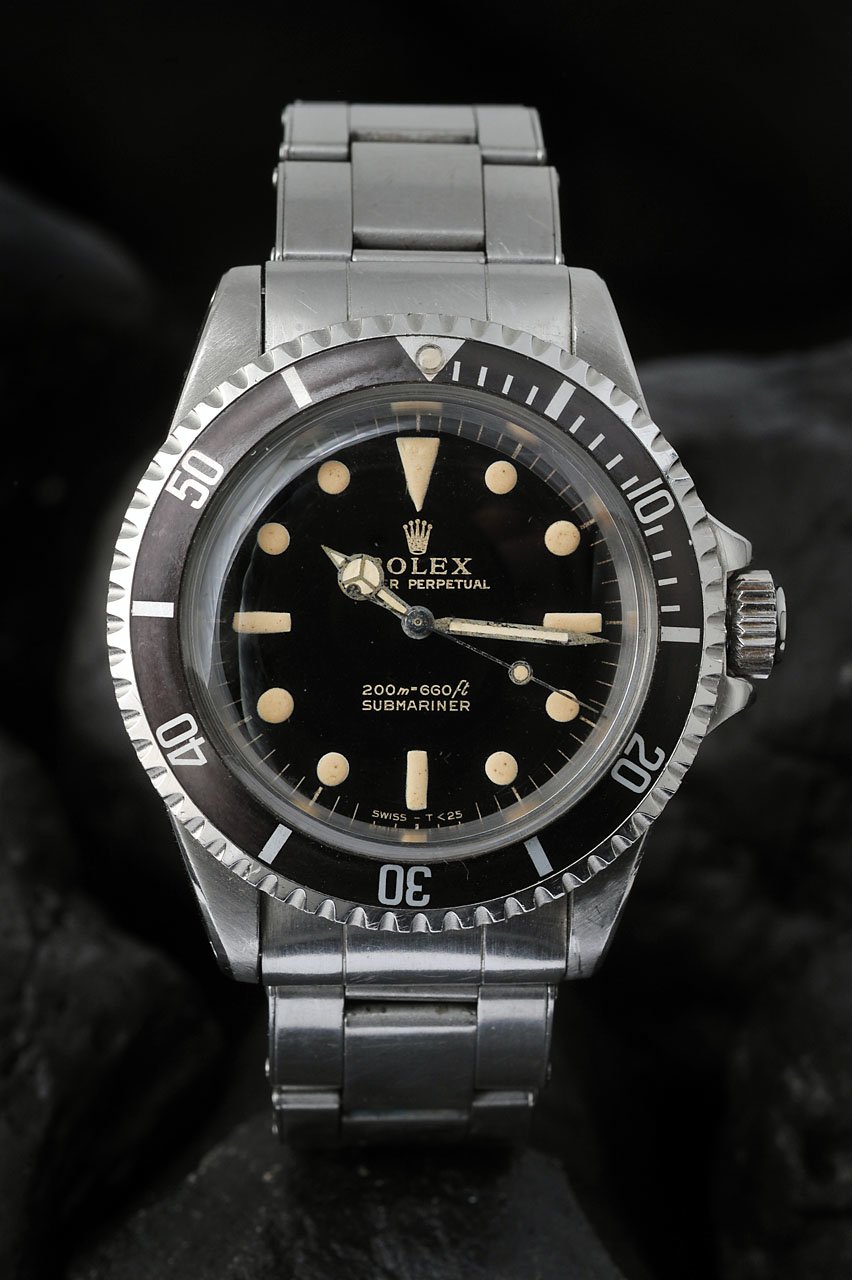 A gilt dial is one in which the markers or numerals, the hands, and sometimes the writing on the face of the watch are all made with gold leaf and “gilded”. 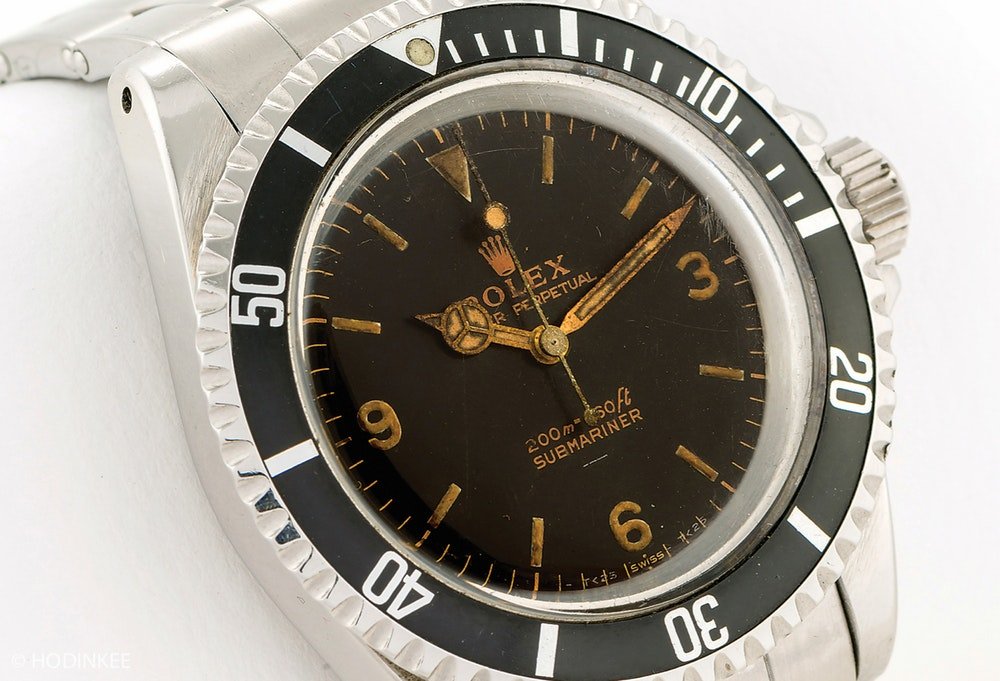 Rolex Submariners have a very distinct and recognizable face, so when Rolex produced a limited set of Submariners with dials similar to the Rolex Explorer, they became a collector classic. The difference? Explorer dial Submariners have numerals at the 9, 6, and 3 positions while regular Submariners have plain square markers.