Home Education What is a Minute Repeater?

Easily one of the most beloved watch complications in the world is the melodious minute repeater. Minute Repeater watches chime the time out loud, on demand, usually by the push of a button, slide, or lever on the side of the watch. An elaborate labyrinth of mechanics, minute repeaters chime beautifully pitched sounds to signal the hour (a low-pitched note); the quarter-hour (a double note with both a high and a low pitch); and the minutes past the most recent quarter-hour (a high-pitched tone). 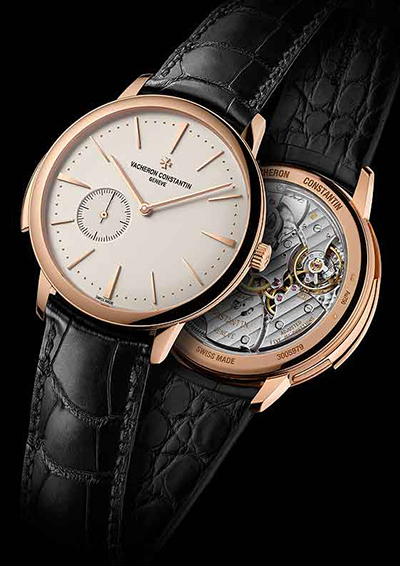 One of the most difficult complications to build, minute repeater watches usually house more than 300 tiny parts in their movements, including gongs and hammers to chime the time. The work that goes into building a minute repeater renders it one of the most expensive watches on the market and one of the rarer breeds. They are typically made in limited numbers and only by top haute horology brands.

While building the mechanics for a minute repeater is challenging, many watch brands agree that the more difficult feat is achieving the perfect sound (created when the hammers hit the differently tuned gongs) in terms of pitch, loudness, length and more. The number and shape of hammers used, the case and gong materials used and several other factors influence the final sound.

Essentially, in a minute repeater, the timekeeping function operates separately from the chiming function. The repeater (which sounds when the tiny metal hammers strike the gongs) is armed via a tensioning spring or system. The wearer pushes the slide to create tension within the chiming spring. Then, as the slide is released, the hammers spring into motion, striking the gongs (thin strips of metal typically located on the perimeter of the case) to sound the time. To track (and ultimately chime) the exact time, the chiming portion of the movement uses tiny gears that work with the timekeeping portion of the watch to constantly keep in sync. They relay the exact time information to a series of racks, levers, and cams that, in turn, activate the hammers. It is all a highly orchestrated arrangement of mechanics. Generally, it takes a single watchmaker 200 to 300 hours to assemble the minute repeater movement. 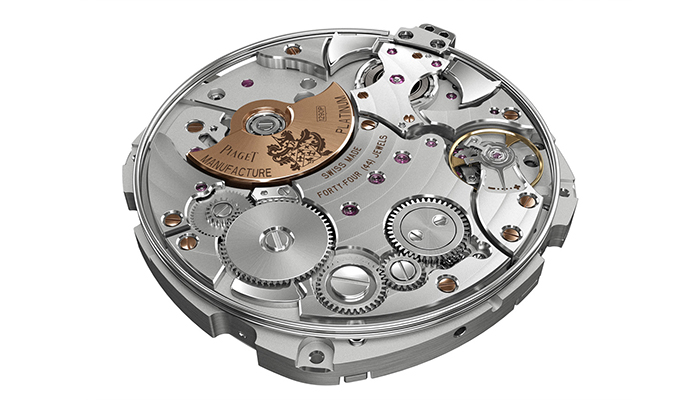 The sound is achieved when each hammer hits one of the gongs and the reverberation projects the sound outwards. Most minute repeaters have two hammers and two gongs. The gongs are usually of different thicknesses or width to achieve distinct sounds. Generally, one hammer hits one gong for the hour. An opposite hammer hits the second gong to sound the minutes after the quarter-hours. For the quarter-hours, the two hammers alternate hitting the two gongs to achieve the high/low double sound that signals the quarter-hours. It should be noted that some repeater watches can have as many as five hammers and multiple gongs to create different sounds.

History and Future of Minute Repeaters
Chiming watches have their roots in the early clock towers of the 14th and 15th century that would strike on the hour, day and night. The invention of the chiming clock is widely credited to Daniel Quare, an English watchmaker who invented the quarter repeater at the end of the 17th century. Later, Thomas Tompion added a second hammer to the chiming clock to achieve differences in tones. By the 18th century, chiming clocks could be found in the homes of royalty and the wealthy and, thanks to their clear sounds, allowed them to know the time in the dark without having to light an oil lamp or candle. 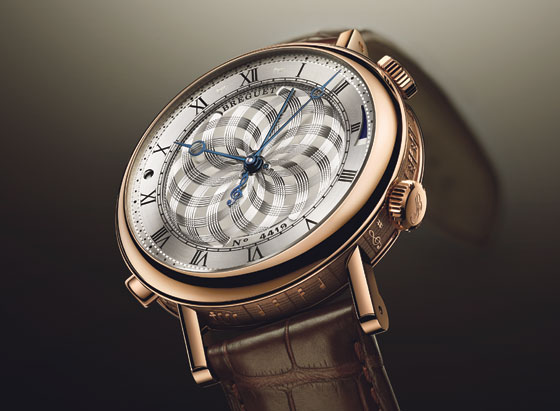 In 1783, Abraham-Louis Breguet invented the gong spring and two steel blades instead of bells to do the chiming. This also allowed for further miniaturization to convert the chiming clock into a portable pocket watch. In the 19th century, the advent of electricity rendered the minute repeater was virtually useless. However the beloved sound and beauty of the minute repeater made it an enduring and coveted complication.

Today’s minute repeaters have become works of art and technical prowess. Some top watch brands work side-by-side with musical and engineering institutes to develop the perfect sound for their watches. Others still do it the old-fashioned way: by simply listening to and approving or disapproving the sound. Brands are also working to develop more advanced repeaters that chime different measures of time. Some brands pair their repeaters with other key watch complications, including automatons, perpetual calendars and tourbillon to create Grand Complications.

Because of the incredible mechanics housed inside, the minute repeater watch and its variants (including 5-minute repeaters, 10-minute repeaters and sonneries) are incredibly expensive. As such, it is a great category to keep an eye on in the vintage and second-hand market.