A tachymeter scale is a very complicated-looking ring of numbers (from 700 to usually 60) that runs along your chronograph watch’s bezel. Besides its complex appearance, the tachymeter bezel serves a very helpful purpose and converts elapsed time (in seconds) to speed (in units per hour). So a tachymeter can tell you how fast a car, a plane, or even a runner is traveling over a fixed distance.

What’s unique—and perhaps a little mind-bending—about a tachymeter is that it functions independent of a specific unit of distance (think miles, kilometers, etc.), so long as that same unit is used in all your calculations. So a 120 reading on the tachymeter scale can mean 120 miles per hour or 120 kilometers per hour.

Here, we break down how to read and use your tachymeter bezel to calculate speed.

The Difference Between a Chronograph and a Tachymeter

A chronograph is, simply put, a stopwatch. A tachymeter, meanwhile, measures speed. 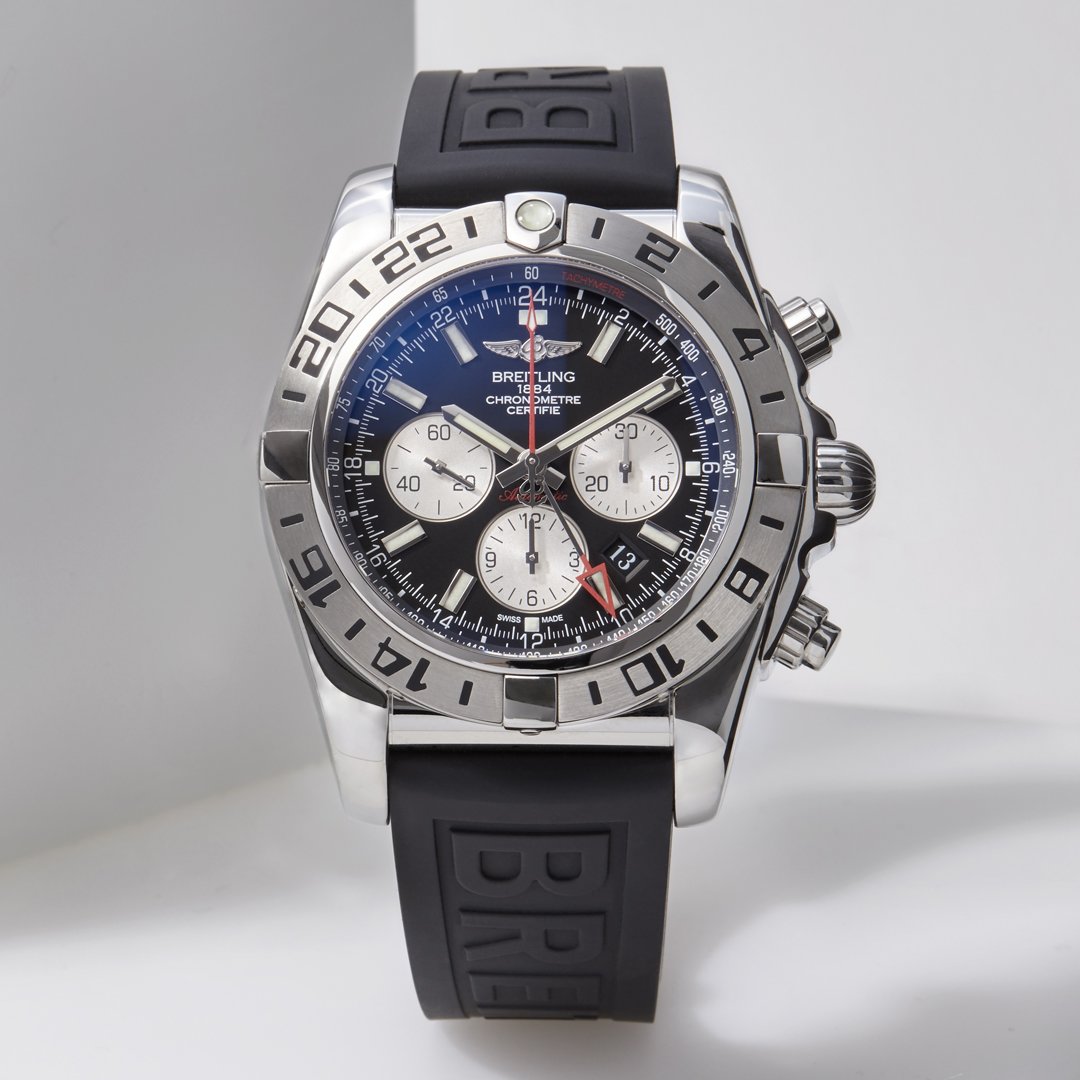 How to Read a Fixed Tachymeter Bezel

A tachymeter bezel is used to calculate speed or, in other words, measure elapsed time over a fixed distance. As daunting as the bezel looks, it’s incredibly easy—and surprisingly intuitive—to read a tachymeter scale rating.

To use a tachymeter bezel, press the chronograph pusher to start the stopwatch. Once the object (for instance, a car driving one mile) passes the finish line, press the pusher again to stop the stopwatch. Then reference the tachymeter scale marker adjacent to the second hand; this figure tells you the speed of the car. So, if a car travels one mile in 40 seconds, the tachymeter scale reading will be 90 for a speed of 90 miles per hour.

The above example is a very straightforward way to measure speed.  But, what if you’re measuring the speed of a runner? A tachymeter bezel can only be used to time an object traveling for less than 60 seconds. So, to determine a jogger’s speed, you’ll need to do some simple math.

The tachymeter’s calculations rely on a fixed distance, so you’ll need a shorter distance that a runner can reach in under 60 seconds. In this example, we’ll use 200 meters as our fixed distance. Using your tachymeter as outlined above, you time the runner as traveling the 200 meters in 20 seconds. Your tachymeter will read that the runner was sprinting at an impossible 180 kilometers per hour. So, to get the actual speed, you have to do some simple calculations; knowing that 200 meters is 1/5th of a kilometer, you’ll divide 180 by 5 (since the runner traveled one-fifth of a kilometer) and your runner’s speed was 36 kilometers per hour.

On the flip side, what if you’re measuring the speed of a plane or racecar that will travel more than one mile in 60 seconds?

In instances of an object traveling very quickly, you’ll need to extend the fixed distance (say from one mile to ten miles) for an accurate calculation. Let’s say a jet takes 30 seconds to fly 10 miles. Your tachymeter will indicate a speed of 120 miles per hour. But, because the fixed distance is actually 10 miles (or, differently said, 10 times further than one mile), you’ll multiple that tachymeter scale reading by 10 to calculate a speed of 1,200 miles per hour.

To learn more about watch complications, check out our post on how to use the chronograph function here. 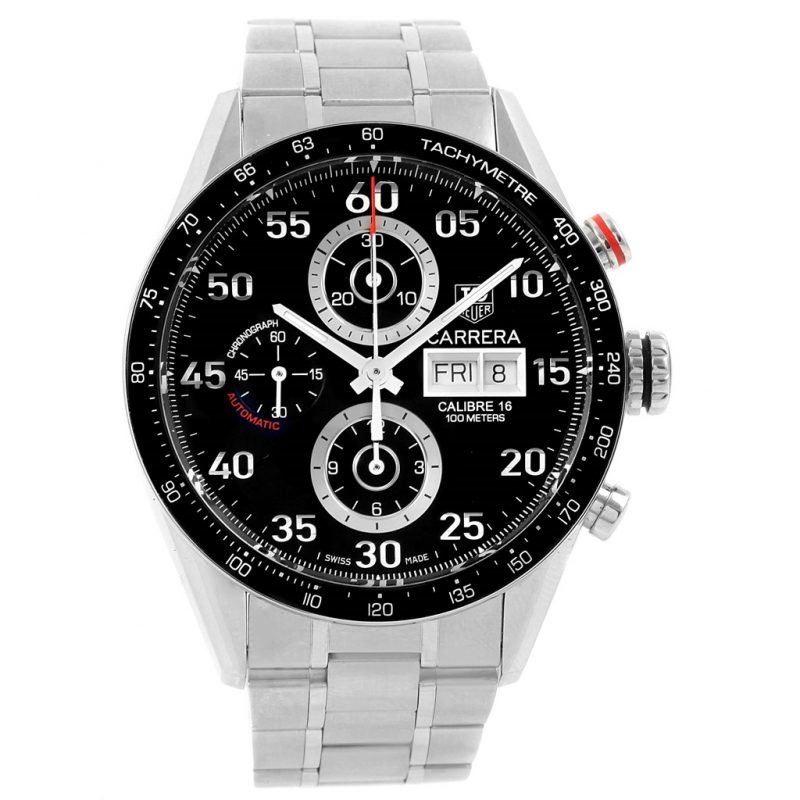 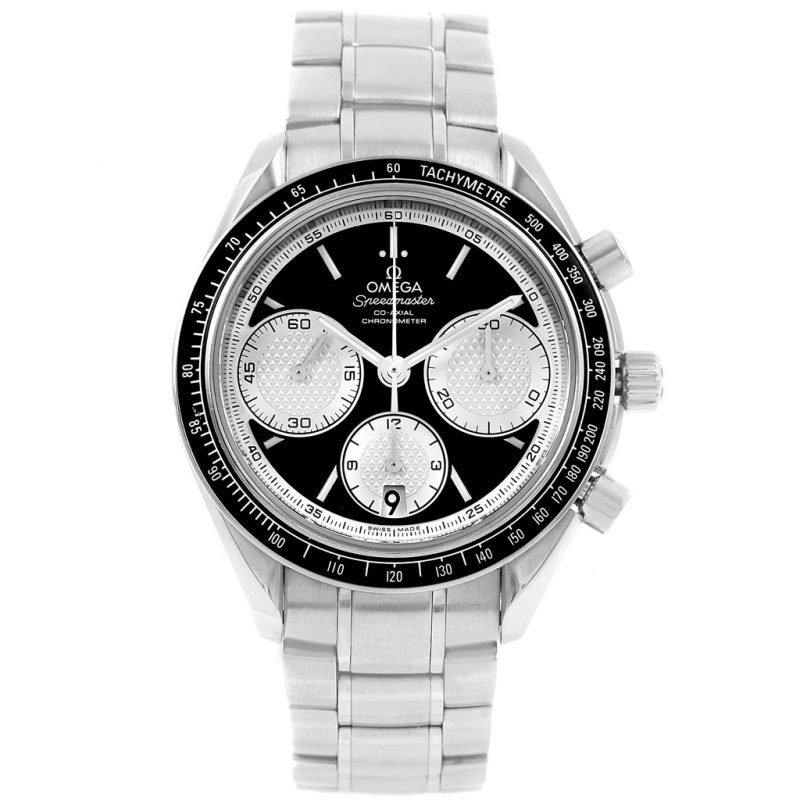 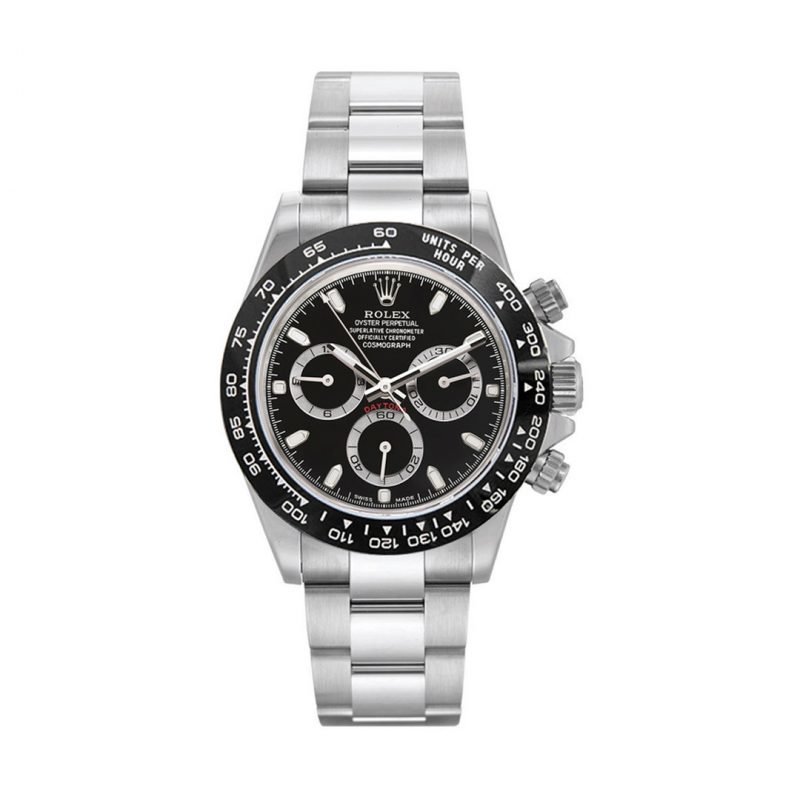