This year, the Cartier Tank watch celebrates its 100 year anniversary. To commemorate this significant milestone, we take a look at the history and round up five interesting facts about the iconic watch.

1. The Cartier Tank was the first watch designed with a holistic, style-first approach. 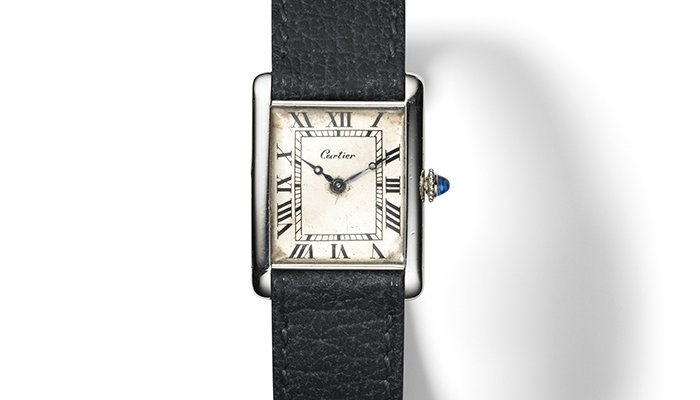 Before Louis Cartier debuted the Cartier Tank Watch, watchmakers focused their design nearly exclusively on the face and dial. Little to no thought was given to the style of the strap—it was merely a means to keeping the wristwatch on. As for the watch itself, it was designed to keep time, not to be a flashy commentary on your personal style.

Having built his reputation as a jeweler, Cartier approached the Tank Watch’s design holistically, melding together form and function. Cartier himself eschewed the incredibly ornate Art Nouveau look that was enjoying its heyday at the time. Instead, Cartier took a boldly minimalist approach to his Tank Watch: four lines, with two parallel shafts, and a sapphire cabochon on the crown and a leather strap.

2. The Cartier Tank Watch was in fact inspired by military tanks.

Cartier was inspired by the French military’s Renault Tanks which were used during World War I and again during World War II. Renault Tanks are considered the first modern tank, setting the precedent for nearly all tank designs thereafter. They were introduced in 1917 and, as the war progressed, production ramped up throughout 1918.

Cartier adapted the distinctive caterpillar tracks of the army tank to his Tank Watch’s bracelet. He also channeled the strong lines of the Renault Tank to inform his square dial and rectangular shape of the lugs and strap.

3. There have been over 30 variations of the classic Cartier Tank Watch design. 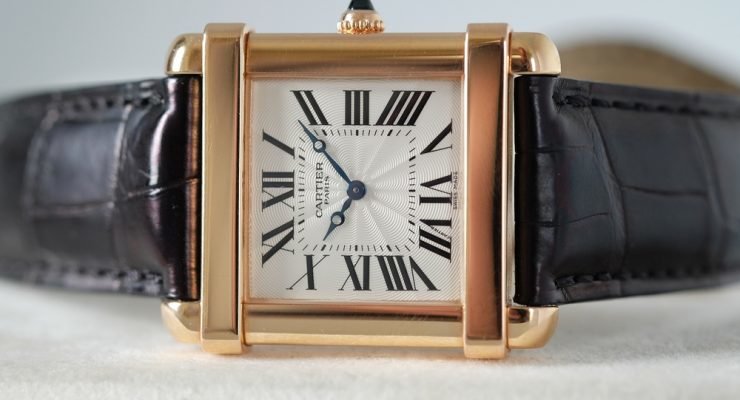 Since the Cartier Tank Watch’s debut a hundred years ago, Cartier has re-imagined and updated watch style in clever and novel ways. To wit, in 1922, Cartier introduced the Tank Chinoise (photo above) which features prominent lugs inspired by the architectural lines of Chinese temples.

4. The Cartier Tank is a celebrity favorite. 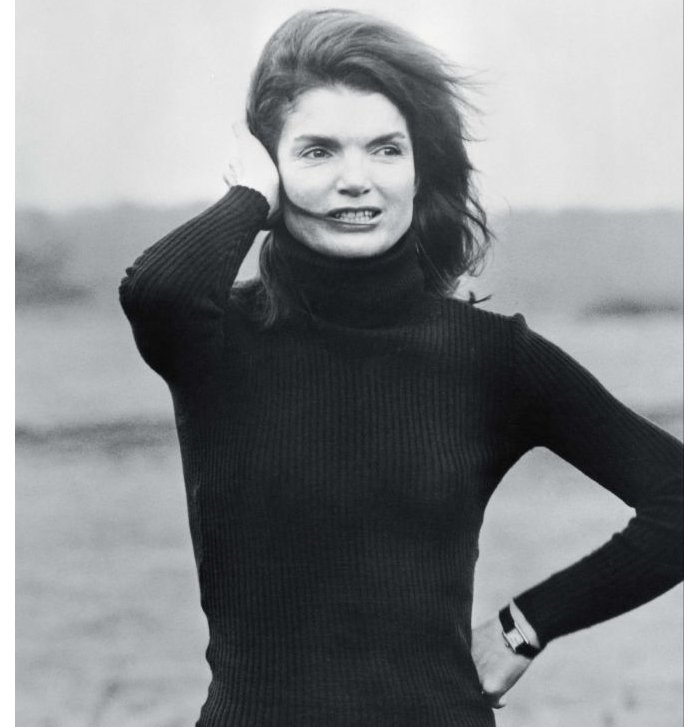 The Cartier Tank Watch has been the timepiece of choice for history’s biggest style icons and remains a fashionable fixture in these celebrity circles. Couturier Yves Saint Laurent, dancer Fred Astaire, artist Andy Warhol, actors Gary Cooper and Warren Beatty number among the most well-known Cartier fans. First Lady Jacqueline Kennedy Onassis wore a Cartier Tank with a black alligator band. The late Princess Diana received a Cartier Tank from her father and left it to her son, Prince William. And First Lady Michelle Obama wore her stainless steel Cartier Tank Francaise watch in her official White House portrait. Today, the Cartier Tank can be seen on the wrists of actresses Angelina Jolie and Jennifer Garner and rock legend Mick Jagger.

5. The Tank Anglaise was the first Cartier Tank to include an in-house movement. 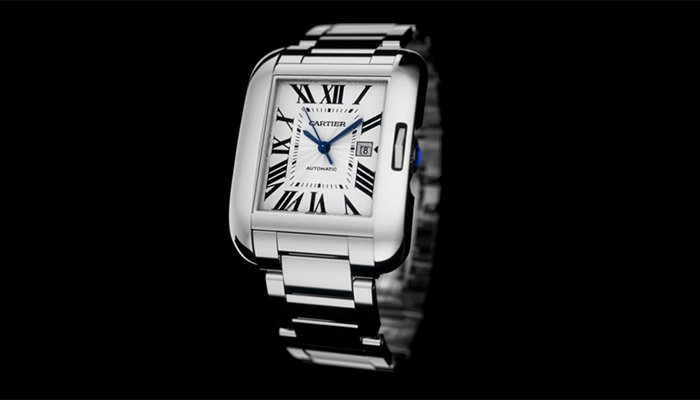 When Cartier was first developing the Cartier Tank watch, he turned to Edmond Jager to create the movement and Swiss manufacturer LeCoultre for the raw materials. In 2012, Cartier released the updated Tank Anglaise watch. This was the first in the Tank collection to include the in-house Cartier 1904MC automatic movement. The movement’s name is an homage to 1904, the year Albert Santos-Dumont who commissioned Louis Cartier to design the wristwatch that would ultimately become the Santos.