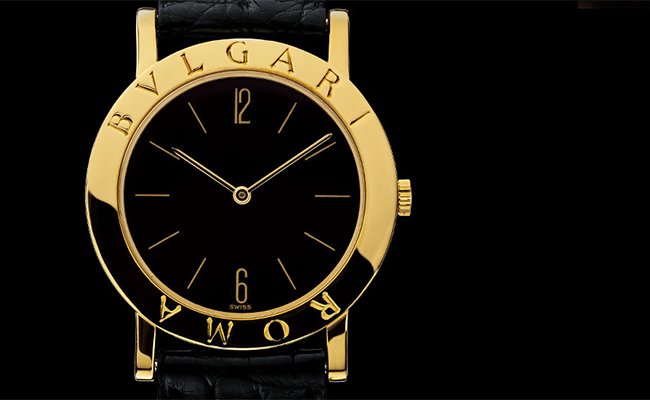 Bulgari has always been known for its world-class jewelry making and design and this is even true for watches. You can’t ignore the refinement of the Bvlgari Bvlgari men’s, part of a collection that’s been in production for nearly 41 years. The women’s Serpenti watch is one of the most coveted women’s watches in the world. However, it wasn’t until recently that Bulgari finally moved its sights from just design to the entire watchmaking process.

The first Buglari in-house movement, the Calibre 168, was introduced at Baselworld 2010. Since then, the Italian jeweler-turned-watchmaker has added many impressive — and surprising — achievements to its list of accolades. It’s now Bulgari’s goal to be recognized as one of the top 5 watchmakers in the world, among the likes of Rolex, Audemars Piguet and other famous Swiss watch brands. Though this seems like a mountainous task, Bulgari is closer than one might think. By the end of the decade, it’s possible if not probable. 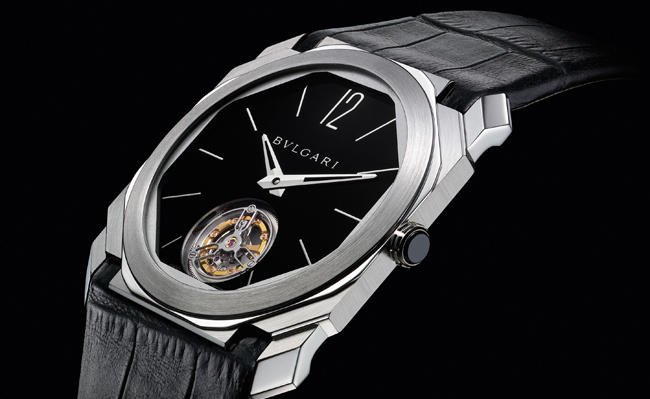 Much of Bulgari’s new found success can be attributed to the brand’s new found passion, demonstrated by its watchmaking achievements. The watchmaker’s first record-breaking success debuted in 2014 with the release of the Bulgari Octo Finissimo Tourbullion. The record: the world’s thinnest tourbillon. At 1.95mm this model beat out the previous record holder Arnold & Sons with the UTTE at 2.95mm. The entire case of the Octo is a mere 5mm.

The unveiling of such a technically impressive and aesthetically compelling design truly raised Bulgari’s rank. Previously known as a jeweler wishing to be a watchmaker, Bulgari began creating a reputation outside of the jewelry world. After the release of the Octo Finissimo Tourbillon, watch enthusiasts were left wondering what would come next from the Italian designer. 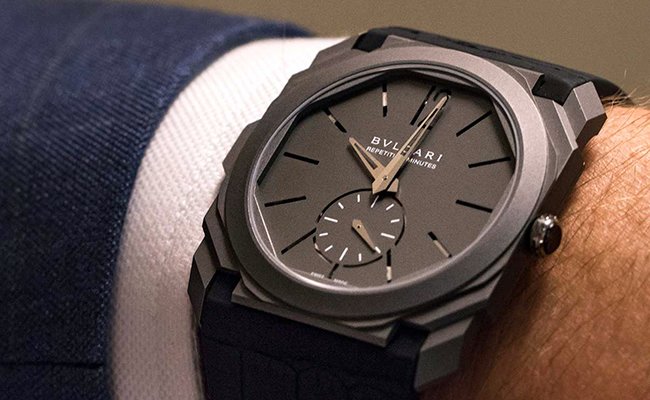 This year, at Baselworld 2016, Bulgari answered with the Bulgari Octo Finissimo Minute Repeater — the world’s thinnest minute repeater. The complicated movement measures just 1.95mm, impressive for a movement of any complexity. A minute repeater this thin hasn’t been released since the 1940s when Vacheron Constantin manufactured ref. 4261. Cased, the previous thinnest minute repeater was the Jaeger-Lecoultre’s Hybris Mechanica 11 at 7.9 mm thick. The Bulgari Octo Finissimo Minute Repeater is 6.85 mm.

Bulgari’s dedication to watchmaking innovation and expertise cannot be questioned, and the company is only looking to the future. With the Bulgari eye for design and technical achievements, the company has been one of the most surprising in the watchmaking industry.Although one thing is for certain: we can’t wait to see what Bulgari has to offer next.