Peridot and spinel may be known simply as the birthstones for August, but the two semi-precious gemstones have a history of their own. One’s a new addition to the birthstone list while the other’s a national stone. Find out more interesting facts and stories about these summer stones. 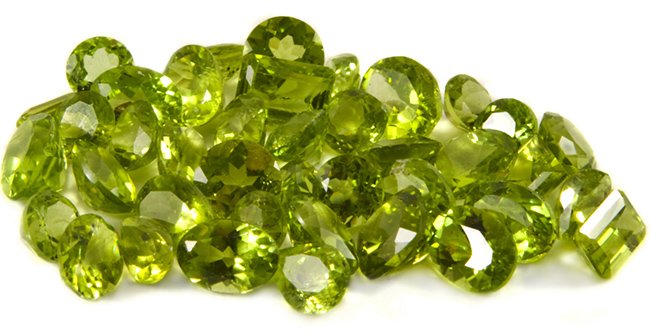 Peridot, the national stone of Egypt, dates back 4.5 billion years and is a form of olivine. The olive-green colored stone is also one of the few gemstones that only occurs in one color. It’s found in lava, meteorites and deep within the earth with most found in volcanoes. It is believed that the first instance of peridot in jewelry, by using the stone for beads, was by the Ancient Egyptians between 1580 BCE and 1350 BCE.

The stone is thought possess its own protective properties. It’s considered a sun stone that protects the wearer from nightmares because it brings light to the wearer. It’s even called the emerald of the evening because its bright green color doesn’t change with alternate sources of light. Like an emerald, the Ancient Greeks believed wearing Peridot to be an honor.

Today, the semi-precious stone, with a bright essence and refreshing color, is thought to be a great summertime jewel, perfect for the month of August. Wearers often wear this birthstone to promote self-confidence and improve self-esteem. The stone is also thought to bring feelings of rejuvenation and clear-headedness. 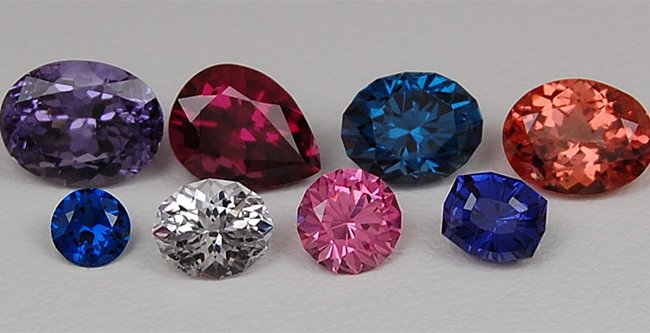 Spinel was recently added to the list of official birthstones this year, making the addition only the third update to the list since 1912. The name comes from the Greek word for spark and the Latin word for spine or thorn — spinel is often found in sharp crystal formations. It comes in shades of red, blue, green, yellow, brown, or black.

The most popular shades of spinel are red and blue because they are often mistaken for ruby and sapphire. It wasn’t until the 18th century that technology could differentiate between rubies and red spinel, which is why red spinel is often called “Balas Ruby.” Long ago, if it was red, it was considered a ruby, so some of the most famous rubies in history are actually spinel.

Today, if you were to view the Cullinan II diamond on the crown of Queen Elizabeth II, then you would also be viewing the Black Prince’s Ruby which is placed directly above the Cullinan II. However, this famous ruby is actually a red spinel and is one of the oldest of the Crown Jewels of the United Kingdom. Other famous gemstones like the Timur Ruby and Samarian Spinel were once considered important rubies and still sit in collections of crown jewels throughout the world.