Zenith watches are remarkable for their creatively bold design and extraordinary precision. Here we take a look at the Swiss watchmaker’s history and its biggest breakthroughs, including Zenith’s signature El Primero, the world’s first automatic chronograph movement with an accuracy of 1/10th of a second. 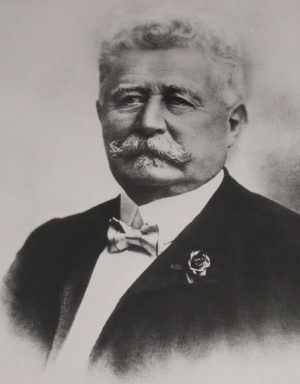 The Beginning of Zenith Watches
In 1865, Georges Favre-Jacout, a 22-year-old watch apprentice, founded his own watch company in Le Locle, Switzerland. Although it would not earn the official brand name Zenith until 1911, from the onset, Favre-Jacout’s watch company was a very different type of watch brand.

At the time, watch artisans worked from different spaces and factories throughout the city. Watch components were then transported from their respective locations to a master watchmaker for final assembly. But Favre-Jacout consolidated Zenith’s watchmakers under one roof and, in turn, created the very first modern Manufacture. This fateful decision would facilitate and hasten Zenith’s technology research and development in its endeavors to produce some of the world’s most precise timepieces.

Zenith debuted its first pocket chronograph in 1899 and soon after, founder Favre-Jacot won the gold medal at the Paris Universal exhibition in 1990. Throughout the early 20th century, Zenith’s manufacturing plant steadily grew. In 1948, Zenith broke out with its Calibre 135, a chronometer movement with a small seconds hand, which ultimately received 235 watchmaking awards and prizes.

The Introduction of El Primero
In the 1960s, Zenith demonstrated its incredible precision engineering: first by introducing the Calibre 5011K which offered record-breaking precision and was used to power marine chronometers, table clocks and pocket watches. Then, in 1969, Zenith debuted El Primero, the very first ever integrated automatic chronograph movement. Today, El Primero remains the world’s most precise series-made caliber and is the only caliber that can measure short times down to the tenth of a second.

However, when the Quartz Crisis rattled the Swiss watch industry throughout the 1970s, Zenith’s parent company decreed the watchmaker would produce exclusively quartz watches to remain competitive. One audacious watchmaker, Charles Vermot, fearing they would be destroyed in the wake of the company’s mandate, hid away the crucial plans and tools needed to produce Zenith’s mechanical calibres. 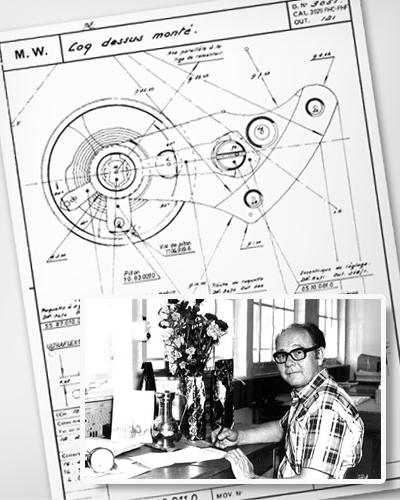 Vermot kept these documents and materials under wraps until 1984. With the Quartz Crisis largely behind the industry and a nice uptick in commercial interest in mechanical watches, Vermot revealed his secret and Zenith began producing its signature El Primero caliber again.

In 1988, the El Primero movement was first used in Rolex’s wildly popular Daytona chronograph and remained the Rolex’s selection to power the Daytona until 2000.

Zenith Today
In 2000, Zenith was purchased by the LVMH group. Zenith remains one of the few Swiss watch manufacturers to produce its movements in-house, the most notable of which being El Primero, which remains in production today.

Throughout its long history, Zenith has developed 600 movement variations and filed 300 patents for its engineering marvels. In turn, the watchmaker has received 2,333 timekeeping precision awards since 1903, more any other watchmaker.