Engagement rings have existed for thousands of years: records dating back to the time of the Ancient Greeks indicate that even back then, people used jewelry to symbolize their commitment to their loved ones. Thanks to an incredibly effective marketing strategy, this centuries-old tradition evolved so that diamond engagement rings became the standard—and still remain so today. As beautiful and classic as diamonds are, however, we feel that the most interesting engagement rings deviate from that norm and achieve their own level of timeless exceptionality. Here, we’ve rounded up five of history’s most unique engagement rings. 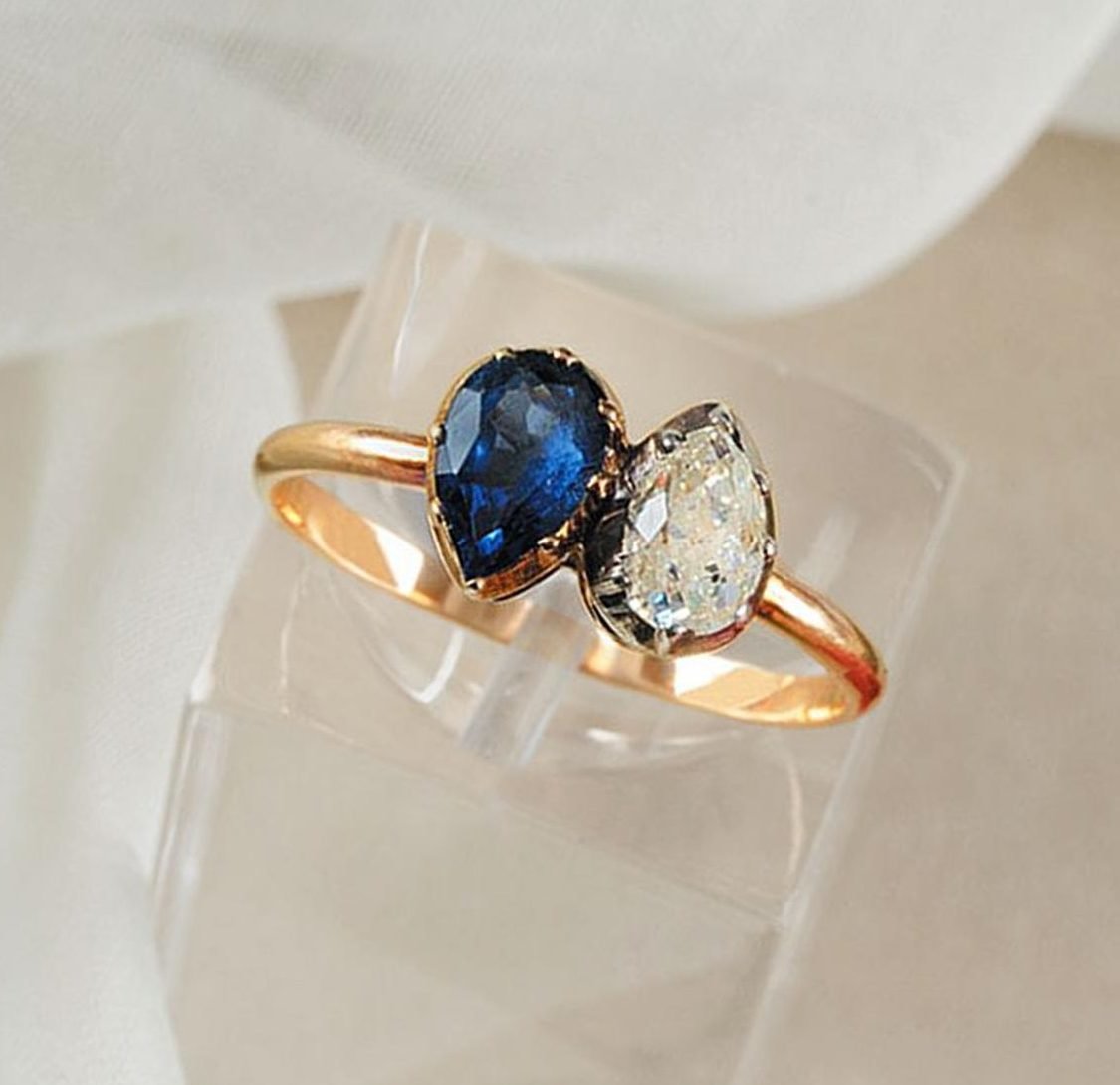 This ring was given to Empress Joséphine in 1796 by Napoleon Bonaparte. He had just been demoted from general and was in dire financial straits, but that didn’t stop him from spending every cent he could to produce this simple stunner for his beloved. The ring has a yellow gold band with two tear-shaped stones, a diamond and a sapphire that rings in at just under a carat each, set in the “toi et moi” fashion. Though their relationship quickly reached its tumultuous demise when Joséphine was caught cheating on Napoleon with a lieutenant who was stationed close to her home in Paris, this symbol of their love lives on. In fact it fetched almost $950,000 at auction in 2013, nearly 50 times its appraised value. 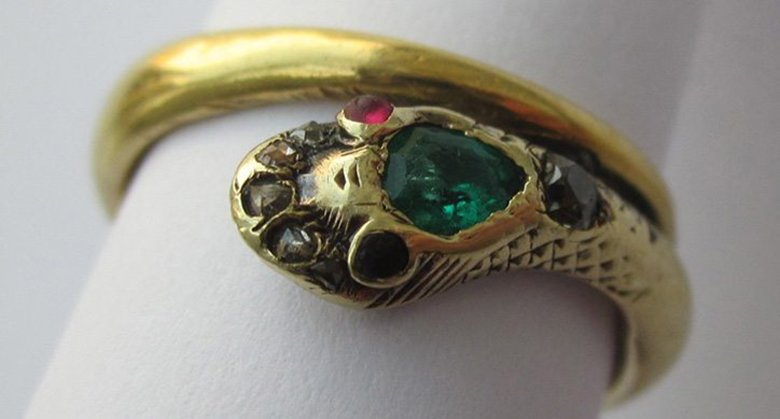 A reproduction of Queen Victoria’s engagement ring; the original has not been photographed.

Prince Albert’s and Queen Victoria’s relationship was characterized by their long-lasting, passionate love for each other. They were especially generous, both with each other and with their friends, and made it a point to give lavish gifts during life’s big moments. One of the first of these was the engagement ring that Prince Albert gave to Queen Victoria. It was not a well-known custom in England to give your betrothed an engagement ring, so this one-of-a-kind ring was especially show-stopping. Made out of pure gold, the uniquely-designed serpent-shaped band was supposed to symbolize eternal love, while the emerald embedded into the gold was Victoria’s birthstone. 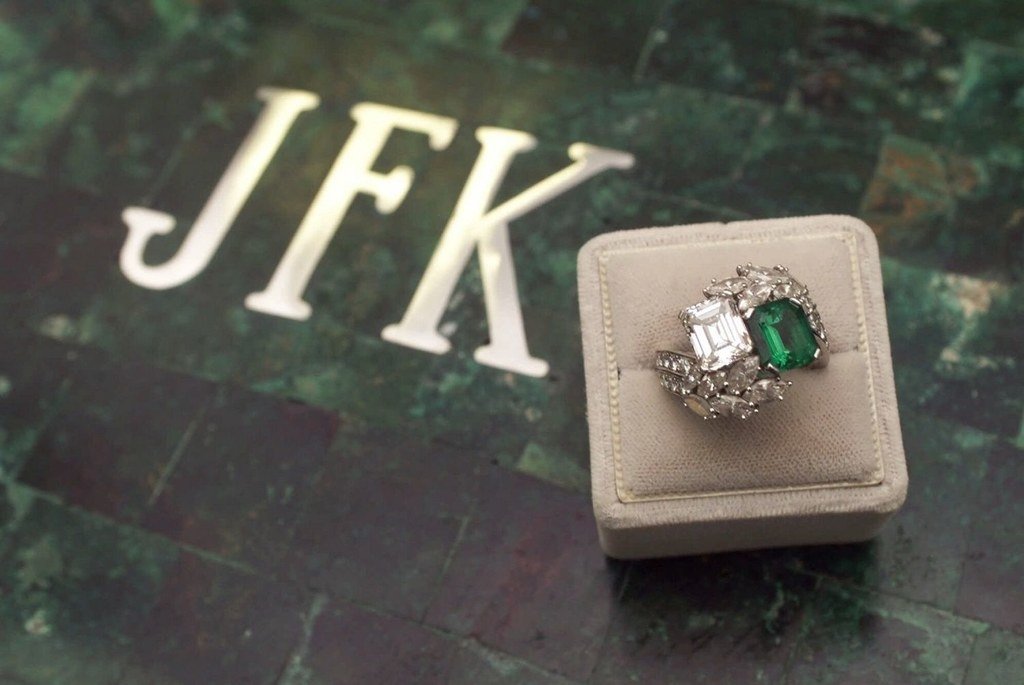 Jacqueline Kennedy’s ring after the surrounding stones were re-cut and set.

The Kennedys were considered by many to be America’s royal family, and with good reason: these all-American Bostonians were the perfect picture of class, intelligence and wealth. As such, it was only fitting that the heir to their throne, John F. Kennedy, propose to his future wife with a ring fit for a queen. Despite the actual engagement’s mysterious details—no one seems to be able to confirm when exactly or how it happened—the piece that featured in it is positively dazzling. Jacqueline Kennedy’s engagement ring, designed by the famed jeweler Van Cleef & Arpels, has a 2.88 carat diamond, a 2.84 carat emerald, and several tapered baguette diamonds set into a yellow gold band. In 1963, the smaller diamonds were remounted and cut into marquis- and brilliant-shaped stones. 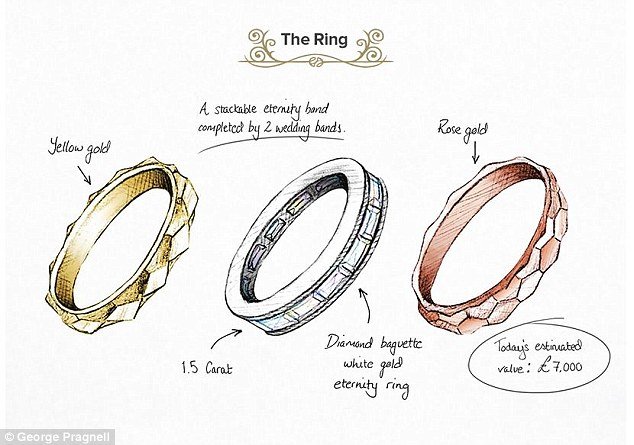 Audrey Hepburn’s simple, elegant style made her one of the most well-known fashion icons of her time and beyond. Knowing this, Hepburn’s first husband, Mel Ferrer, presented her with three stackable rings in white, yellow, and rose gold. These rings could easily be switched out depending on which of the three metals would complement Hepburn’s outfit of the day more, or all three could be worn at once. The yellow and rose gold rings were created with interlocking designs while the white gold eternity band was a channel-style ring set with 1.5 carats worth of baguette diamonds. Their classic look paired extremely well with their versatile wearability—a perfect combination for a woman famous for her equally classic yet versatile image. 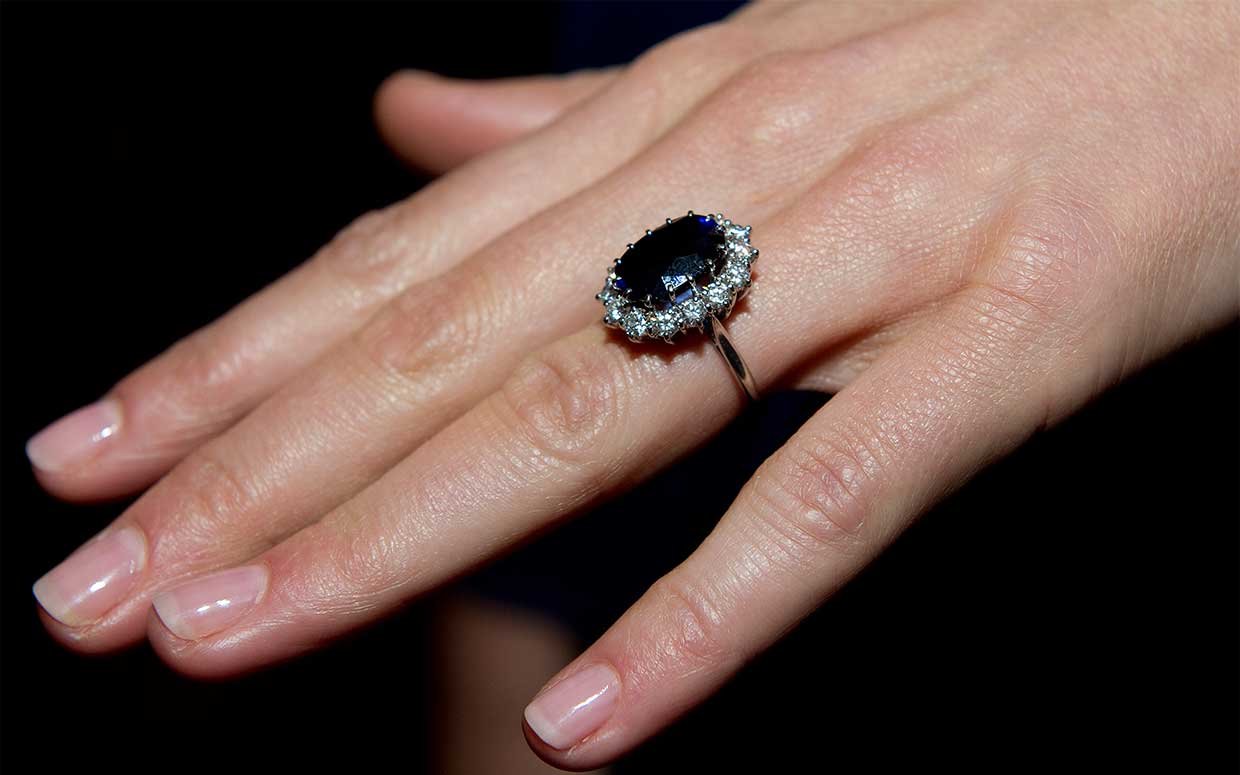 Lady Diana Spencer’s engagement to Prince Charles, the heir of the British throne, drew eyes from all over the world. The story was repeated time and time again in newspapers across the U.K. and the United States, as well as countless other places. Such a well-publicized event warranted a show-stopper of an engagement ring. The 19-year-old soon-to-be princess was given a selection of rings from the jeweler to the royals, Garrard, to choose from. Out of the half-dozen treasures she was presented, she chose this sapphire stunner. The 12-carat Ceylon blue sapphire is set in 18-karat white gold and is surrounded by 14 solitaire diamonds. The piece is impressive without sacrificing elegance or simplicity, and its beauty has certainly survived the test of time. After Princess Diana’s tragic death in a car accident in 1997, her belongings were left to her sons, Princes William and Harry. Prince William used Diana’s engagement ring to propose to his future wife, Kate Middleton, in 2010.

For more celebrity engagement rings (and some cheeky lessons about choosing the right one for your partner), click here!