Throughout the 1980s and 1990s, modern tastes in watches have changed as larger and larger case sizes for men and women have become increasingly popular.

Woman in particular have eschewed the past’s standard (26-29mm) and mini-watch sizes (23-25mm) and opted for weightier and more impressive-looking timepieces in the 34-36mm range. Meanwhile, men’s watches have crept upwards to 45mm and more. Today, women, in turn, are wearing traditionally “men’s” watches—classified as such because of their larger sizes—for an over-sized and on-trend look.

We rounded up five watches that were originally designed for men but look just as stylish and trendy when worn by a woman. 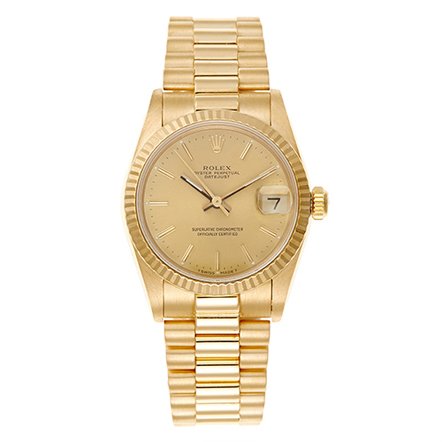 The elegantly timeless design of the Rolex DateJust resonates with male and female fans. Since its debut in 1945, the Rolex DateJust has been released in a wide variety of sizes, color, metal and stone combinations so any wearer can pseudo-customize it to suit their personal style. Rolex even offers the DateJust in a petite case size dubbed the, “Lady-DateJust 28.” However, women today are more likely to reach for the DateJust in a larger size like 34 or 36mm. 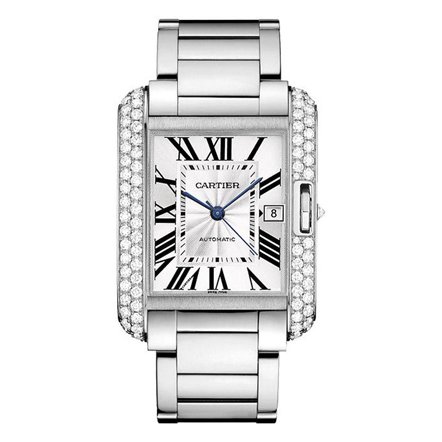 The Cartier Tank Watch has been a smashing success since its debut after World War II. And throughout the 1950s and 1960s, it accrued a fair number of male and female celebrity fans including Jackie O., Andy Warhol, and Grace Kelly. 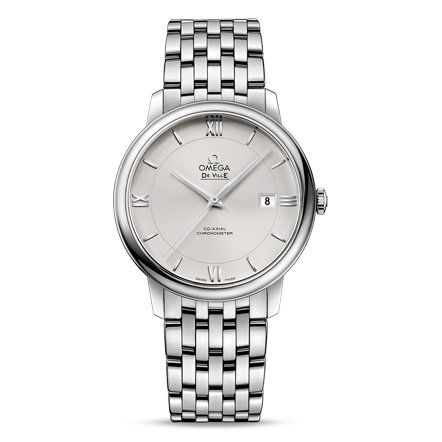 The Omega brand is widely recognized as the pioneer of the diving watch. Since the Omega Seamaster’s debut in 1948, Omega has successfully remained a forerunner in diving watch technology. In turn, Omega’s designs cater foremost to the watch’s recreational use, resulting in designs with a sporty and robust feel. In 1967, Omega departed from their usual aesthetic with the debut of their dress watch, the DeVille. The Omega DeVille boasts a sophisticated look that is still durable and houses Omega’s advanced movement technology. And as modern style preferences have gravitated towards sleek and minimalist timepieces, the Omega DeVille is an attractive option for women and men alike. Omega offers the DeVille Prestige Ladies’ Collection which includes sizes that range from 24.4 mm up to 36.8mm. However, the Omega DeVille Gents Collection—in spite of its name—still appeals to women’s tastes, notably for its large and clean dials. 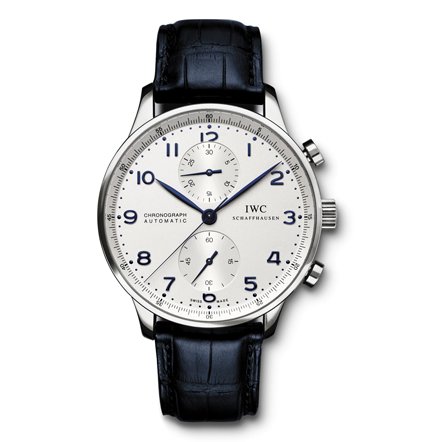 IWC has largely distanced itself from its former tagline, “Engineered for Men.” Instead, the Swiss watchmaker has taken a more inclusionary approach and effectively blurred the lines between men’s and women’s styles and sizes. IWC has expanded their women’s collections from exclusively jewelry watches to updates on IWC’s traditionally masculine timepieces. That said, women are still reaching for the “men’s” versions of their favorite styles including the Portuguese Chronograph. The iconic IWC Portuguese Chronograph boasts a beautifully uncluttered face that echoes the brand’s original 1930s design. 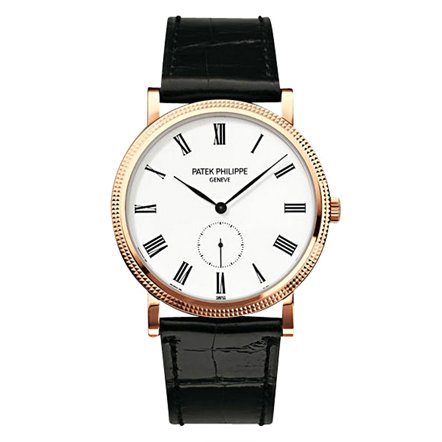 The understated Calatrava watch is Patek Philippe’s signature model. Its unmistakable dial was inspired by the early 20th century Bauhaus design movement, a revolutionary approach to art and architecture in which form follows function. Today, Patek Philippe offers a collection of Calatrava watches for women which include ornate and diamond-encrusted cases and bezels. However, women are still drawn to the no-frills look of the original Patek Philippe Calatrava which are still largely marketed as men’s watches.