Home Education What is a Moon Phase Watch Complication?

Ever gaze at someone’s watch and see the moon? If so, you are witnessing a small complication in watchmaking that is one of the most beloved on the market: moon phase indications.

What is a Moon Phase Watch Complication? 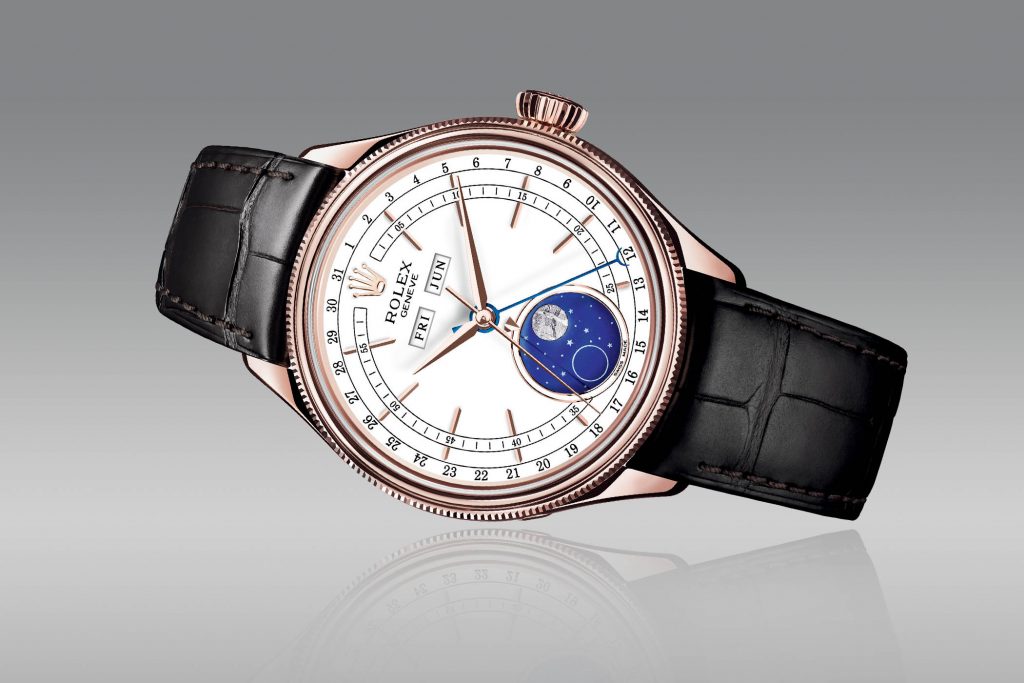 Essentially, a moon phase complication depicts exactly what it says: it shows the phases of the moon in real time so that at any given point the current phase of the moon in the sky is depicted precisely on the wrist. Depending on the timepiece and its movement complexity, the moon phase indication is accurate to varying lengths of time (including up to thousands of years) and can display constellations and other information, as well as the phases of the moon.

Today’s moon phase watches can be simple or incredibly elaborate, depending on the brand. Additionally, the placement of the moon phase aperture and the shape of the aperture on the dial vary greatly depending on the brand. Some moon phase indications are made using precious stones such as lapis lazuli or glass aventurine. Others feature yellow or white gold moons that are sculpted, and yet others are meticulously hand-painted for visual depth and beauty.

How the Moon Phase Complication Works 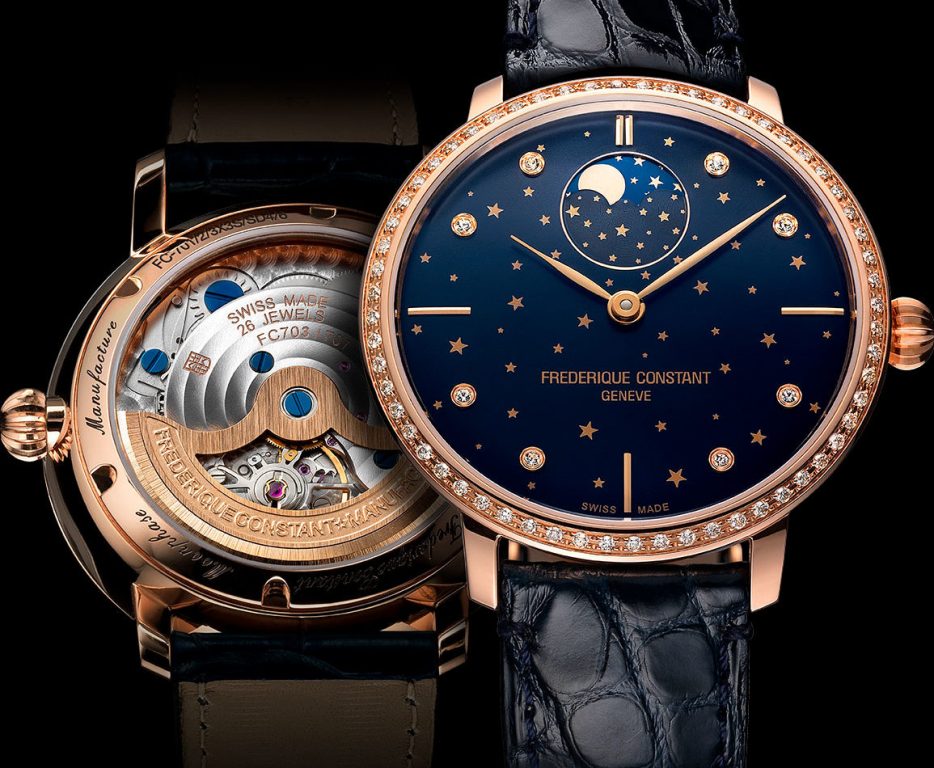 While every watch brand has its own way to depict the moon’s waxing and waning, most moon phase complications operate via a small disk within the mechanics of the watch. The disk is typically painted or engraved with two identical moons on it, as well as with the phases of the moon (new moon, first quarter, full moon and last quarter). An open aperture on the dial reveals the correct portion of the moon phase disk that coincides with the night sky. For a simple moon phase watch, a 59-tooth gear that advances by one notch every 24 hours drives the moon disk. This way, the moon on the disk passes through the aperture every 29.5 days.

Generally, the most simple moon phase displays, if worn regularly, show a one-day discrepancy in the alignment of the actual moon phase in the sky and the coordinating moon phase complication in the watch every two and a half years. This is predominantly because the typical moon phase cycle is 29 days, 12 hours, 44 minutes and 2.8 seconds. In simpler moon phase watches, this time is condensed into an average of 29.5 days. Thus, within a few years, the accuracy is affected, and the wearer needs to adjust the moon phase indication. There are more advanced moon phase disks that are built using a 135-tooth wheel in order to achieve accuracy for 122 years. 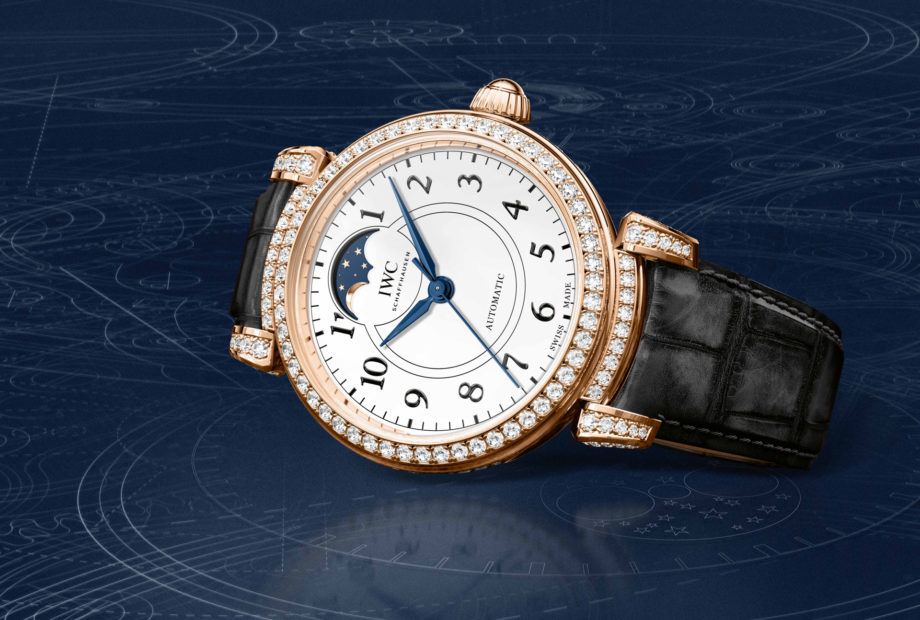 A handful or two of haute horology brands strive to stretch that accuracy to a mind-boggling number of years. The Richard Lange Perpetual Calendar Terraluna watch from A. Lange & Sohne, for instance, was five years in the making and offers a constantly moving moon phase display that will not need a single day’s correction for 1,058 years. Jaeger-LeCoultre’s Duomètre Sphérotourbillon Moon watch is designed to remain accurate for a full 3,887 years thanks to a complex movement system. There is even a watch created by independent watchmaker Andreas Strehler that is said to be accurate for 2 million years.

These examples, though, are not the norm. They are the exception. Most of today’s simple moon phase watches are accurate to a few years, and certain higher-tiered brands offer accuracy for up to 122 years. This year alone, brands such as Cartier, Rolex, Vacheron Constantin, Patek Philippe, Hermes, Frederique Constant, Raymond Weil and more unveiled beautiful moon phase watches that are accurate for differing periods of time and that showcase the beauty of the moon’s phases in a variety of designs.

After all, for most watch lovers, the accuracy of the moon phase is not the lure. Instead, the sublime beauty, complete with the notions of mystery and romance that the moon conjures, is the true heart grabber.

Since the dawn of time, the moon has governed not just the tides, but also planting and harvesting seasons, and so much more. It has been an inexhaustible symbol of mystery and romance. Even in the early days of clock making centuries ago, master clockmakers found a way to incorporate the phases of the moon into large clocks. This concept later miniaturized and found its way to travel clocks, pocket watches and eventually wristwatches of the 20th century.

Today’s watch brands understand that consumers want something visually alluring on the wrist, and they are making strides to unveil moon phase watches for men and women, and in price ranges across the board. Additionally, many are equipping moon phase watches with other complications such as calendars with the day, date, month, leap year, and even astronomical information such as the equation of time scales (to measure the difference between real and mean solar time), northern and/or southern hemisphere constellations, and more. Some brands are even beginning to create three-dimensional depictions of the moon’s phases that are bold and daring renditions of art, elegance, and technology.