Home Education Watch Styles and Ads Through the Decades 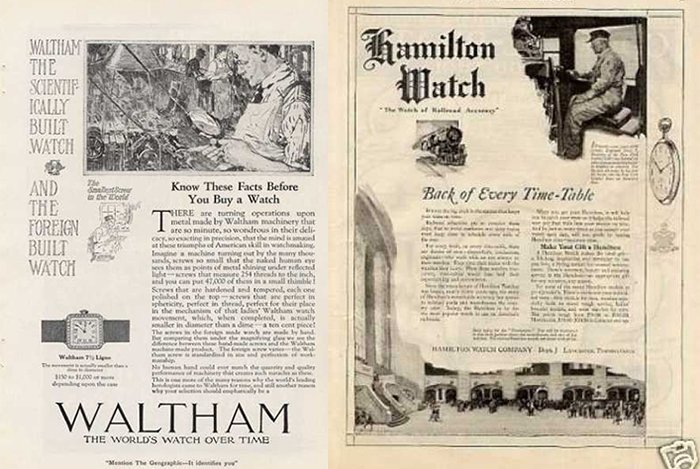 At the beginning of the 20th century, American watchmaking was at its peak. Companies like Waltham and Hamilton had applied industrialization to watchmaking, using machines to mass-produce intricate watch parts with accuracy and speed. While pocket watches were the timepiece of choice, the beginning of the century saw the rise in wristwatches which would continue to gain popularity over the next two decades. 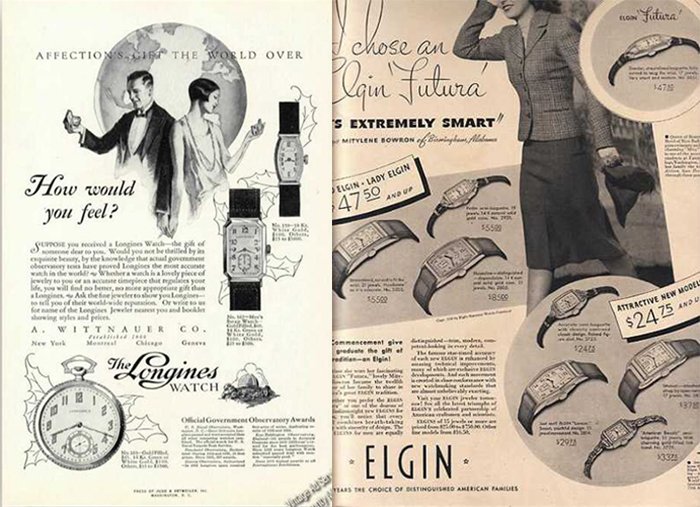 During the ’20s and ’30s, the wristwatch truly departed from the pocket watch. In early wristwatches, lugs were merely soldered onto a pocket watch case, but slowly the wristwatch took a shape of its own. Stylistically, during the Art Deco period of the 1920s, tonneau, rectangle and square-shaped cases were the dominant shapes, though circular cases were still fairly common. During this time, major technical advances were made as well, including the development of the self-winding movement and water resistance. 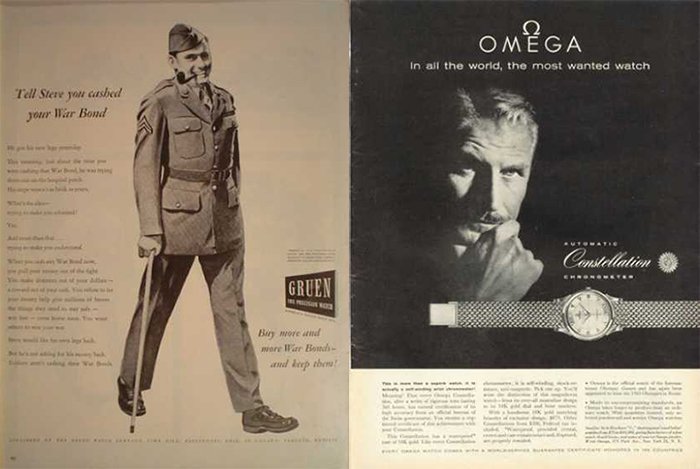 The effect of World War II was apparent throughout every facet of American and international culture, including the watchmaking industry. During the 1940s, wristwatches were mostly produced for the armed forces, and the pieces were simple and well constructed in steel cases. The Swiss watch industry was especially successful during this time since Switzerland is a historically neutral nation that was able to produce watches for the Allied and German forces. Wartime efforts also led to an improvement in machining parts post-war. In the ’50s, movements became even more accurate thanks to better tools and practices. Many important watches were released in the ’50s as well, including the Omega Constellation and Breitling Navitmer.

The 1960s was mostly a transition period in the watch industry — Rolex surpassed Omega for market share, watch movements continued to gradually improve, and electronic watches started to threaten the mechanical watch industry. In the early 1960s, Bulova released the Accutron, a precursor to the quartz watch. By the 1970s, the mechanical watch was viewed as an inaccurate relic of the past. Now, battery-powered quartz watches were more accurate for a fraction of the price of mechanical watches. This time is known as the quartz crisis in the watch industry. The more prestigious and established watchmakers managed to make it through the transition, but many small Swiss watchmakers were forced to shut down. 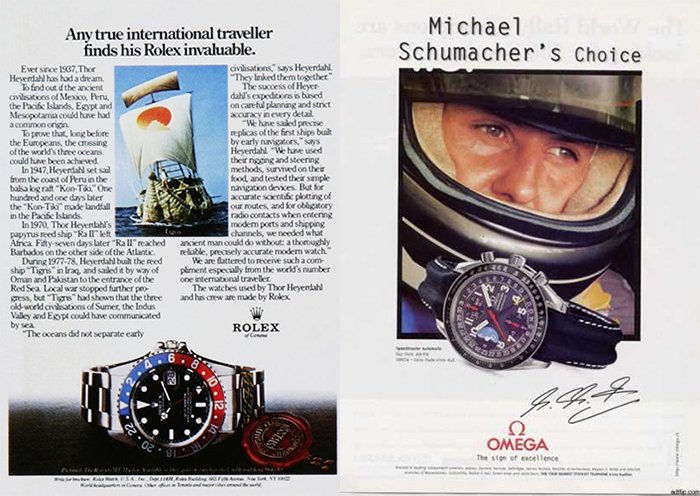 The ’80s saw yet another shift in the watchmaking industry. The savviest Swiss companies saw an opportunity arise from the quartz crisis and decimation of the industry. Mechanical watchmakers began to market their product as a luxury item, handcrafted by professional craftsman. At this time, people began seeing vintage mechanical timepieces as collectibles, with new watch enthusiasts searching for their ultimate watch. The ’90s saw the continuation of this new era in Swiss watchmaking, with subtle changes and advancements to watch designs and movements.