Fine jewelry is nearly always passed down among family members who treasure their pieces’ history and value. Inherited pieces of jewelry like this often come with stories tied to them: happy tales of anniversaries, birthdays, career milestones. However, for certain famous pieces, their stories are less than cheerful. From the collections of royals and thieves come these three famous pieces that are renowned for the horrible curses that are supposedly tied to them. 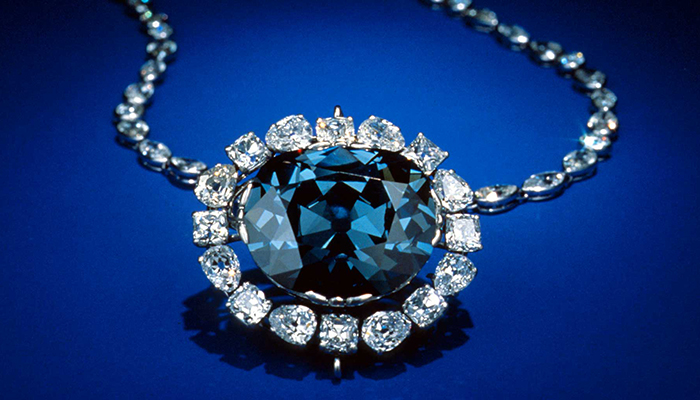 The Hope Diamond is arguably the most famous cursed piece of jewelry in the world. Its origins can be traced back to the 17th century, when it was mined in Golcanda, India at 112.19 carats. It was first purchased by French traveller and gem merchant Jean Baptiste Tavernier, who then sold the stone to King Louis XIV of France in 1668. 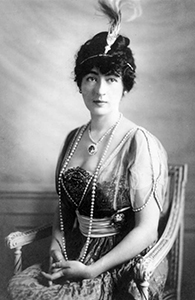 Louis XIV had it re-cut and -set, but could not enjoy it for long. Four years after he received it, in 1792, he and his wife Marie Antoinette were caught while they were trying to flee France and were beheaded.

That same year, the stone was stolen during a looting of the French National Treasury. The line of provenance gets murky here, but the diamond finds itself in the hands of King George IV of England, whose estate sold it after his death to settle his incredible debts in 1830. Its next owner is John Frankel from New York City, whose sons kept the stone until it was sold yet again to settle terrible debts.

In 1909, Pierre Cartier sold the Hope Diamond to Evalyn Walsh Mclean, an heiress and socialite  who’d known of the diamond’s cursed history but chose to ignore it, as she said “unlucky objects were lucky for her.”  In the years after her acquisition of the stone, her son died in a car accident, her daughter of an overdose of sleeping pills, and her husband in a sanitarium for brain atrophy due to alcoholism (but not before cheating on her first). Her family also had to sell their bankrupt newspaper, the Washington Post, before she died of pneumonia in 1947.

The stone was acquired by Harry Winston, who donated it to the Smithsonian National Museum of Natural History in Washington, D.C. in 1958, and it has been on display there in its final 45-carat form ever since. 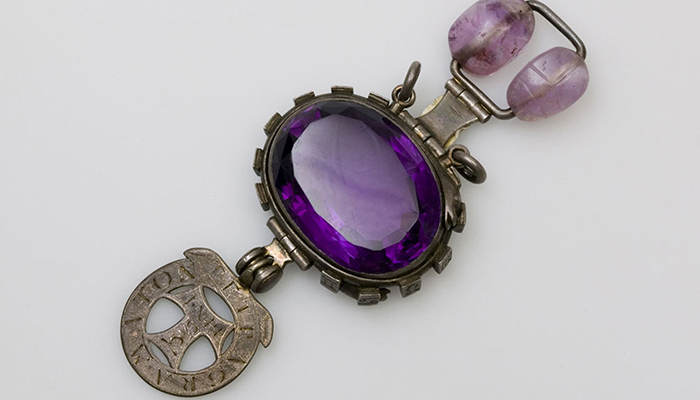 This stone’s haunted quality is quite cast in doubt, but it certainly does have an interesting story, whether the hauntings are true or not.

The Delhi Purple Sapphire is, firstly, not actually a sapphire, but an amethyst. The stone was reportedly taken by a British soldier from the Temple of Indra in Kanpur, India in 1857. It found itself in the hands of Colonel W. Ferris, whose family began suffering from financial and health problems. “From the day he possessed it, he was unfortunate,” wrote Edward Heron-Allen. 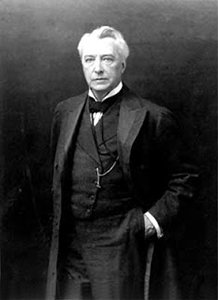 Heron-Allen was a scientist, writer, and Persian scholar who came to own the Delhi Purple Sapphire himself in 1890 and faced a bout of bad luck himself, which he tried to reverse by setting the stone into a ring and “neutralizing” it with other blessed stones in 1902.

He later pawned the stone off on his friends, who, according to London’s Natural History Museum, were afflicted by a “trail of suicides, apparitions, disasters, and failed careers.” Eventually, Heron-Allen took the stone back, packed it inside seven boxes, and gave it to his bankers, who were instructed not to open it until 33 years after his death. With the stone, he packaged a letter detailing this terrible history of bad luck and bloodshed, instructing whoever owned it next to “cast it into the sea.”

His daughter was not nearly so superstitious and donated the stone to the London Natural History Museum less than a year after Heron-Allen’s death, and the museum’s researchers have deemed the letter a sham. Nevertheless, the stone comes with a fascinating history, and even if its stories were true, it is being displayed safely behind glass at the museum. 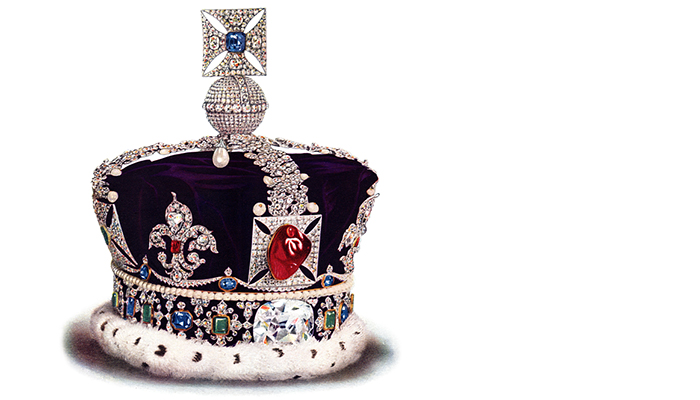 Like the Delhi Purple Sapphire, which was not actually a sapphire, the Black Prince’s Ruby is not actually a ruby, but in fact a large red spinel, which is much less valuable. Because of this, the stone was labelled “The Great Impostor.” 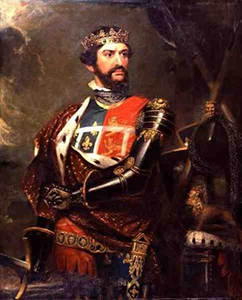 Edward of Woodstock, the “Black Prince”

The stone was reportedly mined from what is modern-day Tajikistan and taken to Spain, where in the 14th century it was taken by force from Granada by the King of Castile, Pedro the Cruel. Shortly after he acquired it, his half-brother attacked him and challenged his hold on the crown.

Sources differ on what happened next: some say Edward of Woodstock, the “Black Prince,” acquired it because of his success after the Hundred Year’s War in Europe. Others say Pedro the Cruel appealed to the Black Prince for assistance in holding off his brother’s advances on the crown and they were victorious, so the Black Prince was given the stone in thanks. Either way, the stone stayed in the Black Prince’s collection until his death of a mysterious disease nine years later.

The “ruby” reportedly lay witness to various battles and to the mysterious, disease-fueled deaths of its owners. King Henry V of England supposedly wore it during the Battle of Agincourt in 1415, in which he nearly died. The stone stayed in the British Tudor family of royals until Charles I was beheaded for treason in 1649 and the stone was sold. It was bought back by Charles II, who nearly lost it when the crown jewels were stolen, but it was eventually set into the Imperial State Crown of England.

Apparently, some say that the curse continues, as the jewelers who re-set the stone suffered a fire in 1841, and the Tower of London, where the jewels are kept, was bombed in World War II, but for now, the Black Prince’s Ruby seems to be at rest.