On the heels of the engagement of Prince Harry to American actress Meghan Markle via this spectacular ring, we figured it would be a perfect time to take a look at some other engagement rings worn by royals over the years. Long live the happy couple! 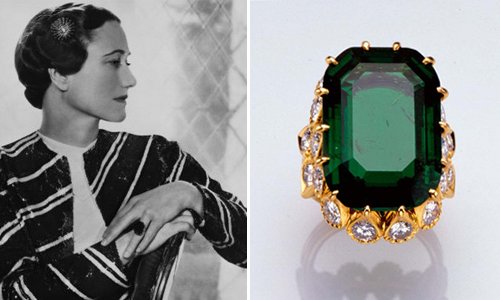 Since Ms. Markle is American, we thought it would be fun to start this list with another American to become a member of the British royal family: Wallis Simpson.

If you don’t know the story of Wallis and Prince Edward of Wales, you should. The two met in 1931 while she was married to Ernest Simpson and when Edward was the heir to the throne of England. They began an affair until the death of King George V in 1936, making Edward the King of England. After her divorce, Simpson was to marry King Edward but, due to opposition from the British government, the King had to abdicate his throne in order to marry the woman he loved, and the two became the Duke and Duchess of Windsor. It’s a romance story for the ages, and one that came with a spectacular ring.

Edward presented Wallis with a 19.77 carat emerald in a ring by Cartier just prior to his abdication of the throne, which the Duchess eventually had redesigned in 1958 to include diamonds in a yellow gold setting. 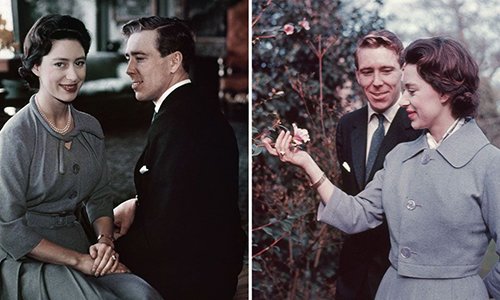 In sticking with the theme of colored stone engagement rings, the ring given to Princess Margaret—the sister of Queen Elizabeth II—by her then-future husband photographer Antony Armstrong-Jones was designed to resemble a budding rose (a reference to Margaret’s middle name) and contained a center ruby flanked with white diamonds in a circular pattern. 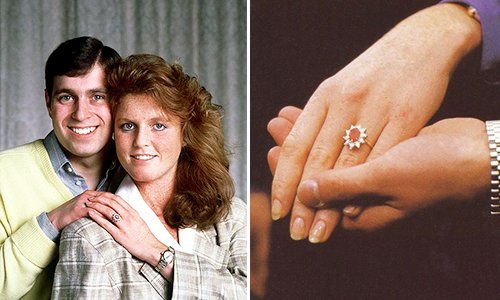 It seems that rubies were all the rage with royals, and the engagement ring of Sarah Ferguson was no exception. Rumor has it that the redheaded, future (albeit short-lived) Duchess requested a Burmese ruby as her center stone in lieu of the emerald engagement ring originally selected for her. The ruby was set in a two-tone gold mounting with a halo of diamonds surrounding it, and she wore it alongside a gold Welsh wedding band, which is a tradition for many royals. 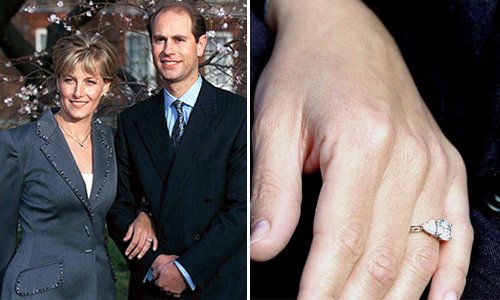 Now married to Edward, Earl of Wessex and the youngest of Queen Elizabeth’s four children, Sophie Rhys-Jones’s first steps into the British royal spotlight took the world’s breath away, mainly because of how much she resembled Diana, Princess of Wales. The ring then-Prince Edward gave to Sophie was created by Asprey and Garrard and contains a white oval diamond center stone with a heart (or trillion cut – there have been conflicting reports on this) diamond on either side of the center, with all three diamonds set into an 18K white gold mounting.

Diana, Princess of Wales (as well as Kate Middleton, Duchess of Cambridge) 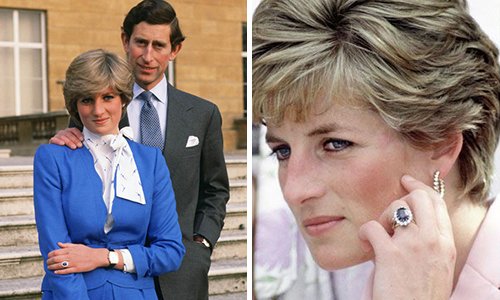 The image of the very famous sapphire and diamond ring once worn by Lady Diana Spencer and now Kate, the Duchess of Cambridge, is probably embedded in all of our minds. The picture of a young, carefree Diana with her left hand over the shoulder of Prince Charles may likely be one of the most recognizable portraits of the 20th century. When Prince William presented his future wife the ring that once belonged to a woman not just adored by his brother and him, but, seemingly, an entire world, a heartwarming feeling of nostalgia came over the planet and it was almost as if the hole left in our hearts could finally be healed.

The ring – originally made up of a 12-carat Ceylon sapphire surrounded by fourteen white round brilliant cut diamonds – was made in 18K gold by the jeweler Garrard and originally caused a bit of a stir throughout the kingdom because the ring wasn’t custom made for Diana, but rather one she chose (after the official engagement took place) out of the jeweler’s catalog, making it easy to replicate and not original to her. The style became extraordinarily popular in the 1980s and again when William and Kate tied the knot, and although the ring was originally given to Harry – not William – after Diana’s untimely death, Harry gave it to William when it come time for his proposal to Kate. If that’s not brotherly love, I don’t know what is!