World-renowned jewelers have similar stories: a century ago the founder began his career as a jeweler and was a master of his trade. That man earned a reputation and his children and grandchildren expanded the company and built upon that reputation. That’s the story of Cartier, Tiffany & Co., Damiani and Bulgari, to name a few.

Though the reputation of these jewelers may have been built by Louis Cartier, Charles Tiffany, Enrico Damiani and Sotirios Voulgaris, a reputation is not enough to remain one of the most prominent jewelers in the world over 100 years later. We’ve written about the beginning of the Bulgari brand, but what does Bulgari do in the 21st century to preserve its legacy?

Bulgari jewelry first and foremost innovates and evolves, creating timeless fashions that reflect the time in which they were created. In the ‘80s and ‘90s Bulgari made cabochons, bright colors and precious and semi-precious combinations a trademark. The structure and boldness of the ‘80s gave way to the monochrome subtleness of the ‘90s.

Now, in the 21st century, Bulgari has made a more distinct evolution and has departed from the norms of its own previous style in high jewelry. Yellow gold and spherical gave way to white gold, platinum and two-dimensional, openwork designs.

Though the evolution appears drastic, Bulgari has remained true to what it does best: the creative use of cabochons, yellow gold, beautiful gemstones and wearability. 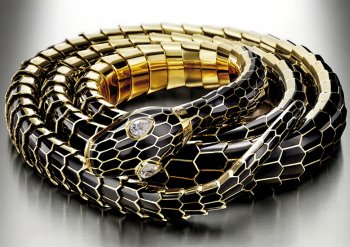 The family vision of Bulgari is paramount. Paolo Bulgari, great-grandson of Sotirios and current chairman, selects the gems, often by touch alone without looking at them first. Then he creates color combinations — a Bulgari trademark — that are often surprising and unexpected, but beautiful nonetheless. The jewels are then taken to the designers and then the artisans carefully craft the precious jewels. The hands-on methodology is one of the cornerstones of the Bulgari process. 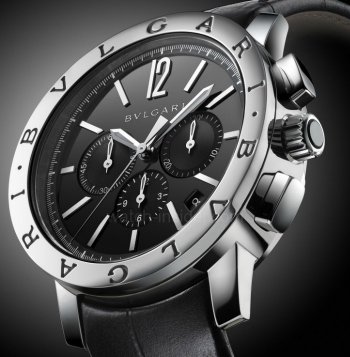 Bulgari’s innovation does not stop at high jewelry. The company has expanded its watch division to compete with the best of Swiss watchmakers. When Bulgari first introduced its iconic watch collection, Bulgari Bulgari, in 1975, the jeweler was using movements produced by other watchmakers like Audemars Piguet, Jaeger-Le Coultre, Vacheron Constantin and Movado. Presently, Bulgari has produced its own in-house movement, Calibre 168 — a step forward for the luxury brand.