The famed French fashion house was one of the elite labels who helped bring costume jewelry mainstream. While many designers chose to compliment their fashions with subtle accessories, Dior considered jewelry part of the complete look. He specifically designed pieces for his collections, not as an afterthought. Keep reading to learn about the history of Christian Dior and its fine jewelry. 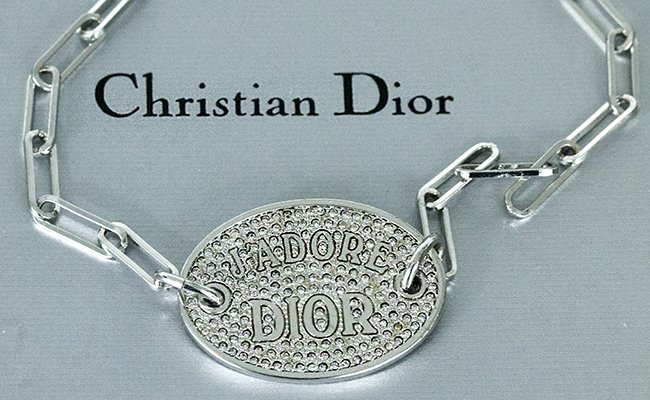 Christian Dior was founded in 1947 Paris by the designer of the same name. Dior’s initial designs, revealed for Spring/Summer 1947, were referred to as the “New Look.” This collection would mark a change in the fashions post-WWII. The collection was characterized by large and full skirts, narrow waists and structured tops. The looks were decidedly more feminine than the styles before and during the war. The New Look’s design motifs are now ubiquitous in today’s fashion.

Christian Dior differed from many designers with his use of jewelry. Dior believed that jewelry was as much a part of fashion as clothing. The jewelry for each look was designed in detail for his collections, without worry of undermining the clothing. By 1948, Dior had opened a fashion house called “Dior Costume Jewelry” in Germany in 1948. In 1957, Christian Dior died at the age of 52, leaving Yves Saint Laurent as creative director. Saint Laurent then took control of jewelry design for Christian Dior SE. 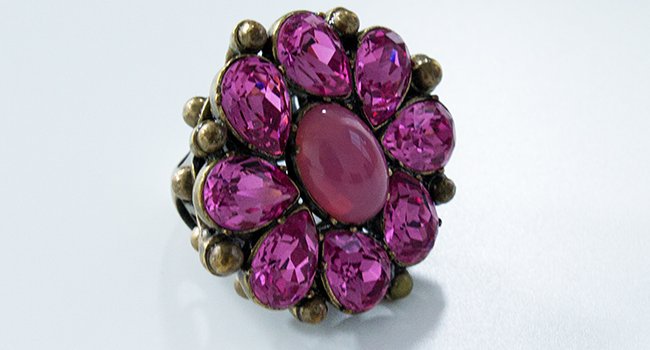 In 1998, the fashion house announced its official jewelry division called “Dior Joaillerie.” Victoire de Castellane was also announced as the creative director of the new division. Castellane worked at Chanel under Karl Lagerfeld from 1984-1998 as a studio assistant and then designer of costume jewelry. Castellane is known for her creative and bold jewelry designs and is often cited as one of the best and most innovative jewelry designers of her time.

Dior jewelry, from the beginning, was very much inspired by nature. Many designs since the late ’40s featured depictions of animals and floral motifs. Dior himself spent much of his time in the French countryside and the scenery clearly influenced much of his work, including jewelry. Castellane, like Dior, prefers feminine styles and much of her work is inspired by nature and features floral motifs.

Dior’s latest fine jewelry collection, designed by Castellane, is called Dior A Versailles. The collection, true to its name, was inspired by the grand Palace of Versailles. Castellane was inspired by the Hall of Mirrors and the idea of viewing the jewelry by candlelight. The pieces were made with 18th-century jewelry-making techniques and the metals were darkened for a more convincing antique look.