The tradition of exchanging anniversary gifts made of a specific material is believed to have originated in Victorian-era England. The gift list became popular stateside in the early 20th century where anniversary celebrations—and presents in turn—were a big to-do.

The milestone gifts assign a material for every year until a couple’s 15th anniversary when the list acknowledges only every fifth anniversary, up until the 60th wedding anniversary. Starting with very practical gifts for newlyweds, the gift’s value increases in each subsequent year of marriage.

In 1937, the American National Retail Jewelers Association released an updated and expanded list which included more anniversaries. This modernized list phased out the “old-fashioned” gifts with then-contemporary alternatives. Today this revised list’s suggested gifts are (ironically enough) a little dated and couple’s today have been commonly referring back to the Victorian-era list and re-interpreting the materials with a present-day twist.

Click here or the image below to view the complete Anniversary by Year Gift Chart. 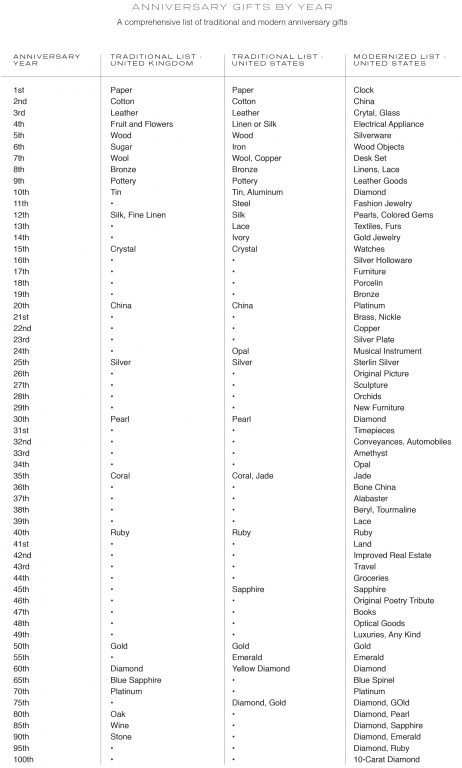