Home Education The History of the Bangles and Bracelets 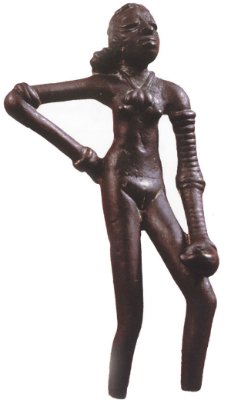 The popular bangle-style bracelet, characterized as a circular and rigid bracelet, dates back to as early as 2600 BC. The ancient accessory holds cultural significance that dates back nearly 5,000 years to the Mohenjo-Daro settlements on the banks of the Indus River in what is Pakistan today.

In 1973, a British archeologist discovered a statue of a teenage girl in an archeological excavation of Mohenjo-Daro. The 4,500-year-old statue is called the “Dancing Girl” and she is depicted in the nude except for an arm that is entirely covered in bangles. This evidence of bangles is noted as the first instance of the accessory as a part of human culture.

The bangle is an important item of wedding jewelry for many Indian brides, though the meaning and significance varies from region to region and family to family. Glass bangles are meant to represent safety and luck in marriage. Depending on the bride’s origins and family traditions, she may be found wearing gold-plated iron bangles, green bangles, or ivory and red bangles.

Though the more modern bangle originates in the Indus region, there has been an instance of a bangle-like style of stone bracelet discovered in Siberia that is an unbelievable 40,000 years old and thought to have been worn by the Denisovan species of humans.

The bangle bracelet has also been found in ancient Mayan, Mauryan, Roman and Indian ruins. This historically significant item is one of the oldest forms of jewelry that has ever been discovered. Ancient bangles were made of terracotta, stone, shells, copper, glass and other similar materials. 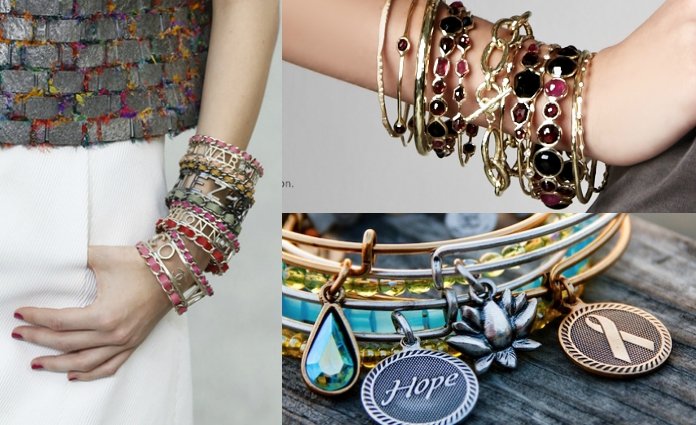 In the jewelry world, The term bangle widely refers to the style of a bracelet that’s circular and closed by form or hinge and it’s more loosely applied to many different styles, not just the thin and rigid style of Indian tradition. We’ve seen the bangle-style bracelet all over this season. Chanel layered slogan upon slogan with bangle-style bracelets in the Spring/Summer 2015 runway show. The stacking look is one of the most obvious trends and with the rise of Alex and Ani jewelry, the bangle bracelet is a favorite for jewelry lovers and trendsetters.