When Léon Breitling started his watch business in 1884 in Swiss Jura, he focused exclusively on perfecting chronographs and timers. Breitling wanted to be the leader in designing and manufacturing these precision instruments for the sensitive time-keeping required by scientists, industrialists and even athletes. 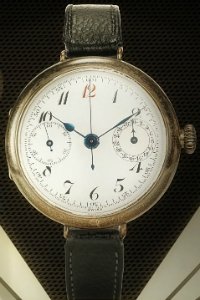 After Léon Breitling’s death in 1914, the business was left to his son, Gaston. In 1915, Breitling historically debuted the first independent chronograph push-piece. Breitling would later perfect (and patent) this system in 1923 by introducing separate start/stop functions that allowed the time-keeper to add successive or lap times without returning the hands to zero. In step with its founder’s precision timepieces, Breitling’s new feature made it a useful tool for pilots and for timing sports events.

In 1932, Gaston’s son, Willy, took control of the company. Breitling capitalized on its prestige and its proven reputation as a precise timepiece and began specializing in watches for airline pilots. Soon after, Breitling watches were worn by the British Royal Air Force throughout World War II. And to truly appeal to pilots and navigators who relied on their Breitling watch to make crucial in-flight calculations, Breitling developed the slide rule bezel in 1952. The Breitling Navitimer featured this new rotating bezel to help flight crews quickly and accurately calculate air speed, flight time, distance, fuel consumption and rate and time of climb and descent. Astronaut Scott Carpenter would later wear his Breitling Navitimer on his orbital flight aboard the Aurora 7 capsule. This effectively made the Breitling Navitimer the first-ever space-going wristwatch in 1962.

Throughout the 1950s and 1960s, Breitling continued to fine tune its aviation-focused technology as on-board chronographs became standard flight equipment for small propeller planes and commercial jets. And in 1969, Breitling had a breakthrough in watchmaking: the first Swiss self-winding chronograph movement. The introduction of this movement—that combined the Breitling stopwatch technology with a movement that wound with the wearer’s natural movement– was a true watershed moment for the industry. 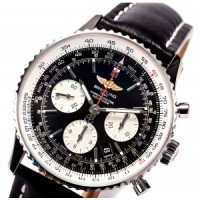 However, in the 1970s and early 1980s, the watch industry was devastated by the introduction of quartz watches. Unlike the complicated and costly automatic watches makers prided themselves on, quartz watches use a quartz crystal as an electronic oscillator and keeps near-perfect time without needing to be wound. This new movement made watch production inexpensive, and the traditional watchmakers who relied on very elaborate (and expensive) movements to power their watches were unable to compete. During this economic upheaval known as the Quartz Crisis, the Swiss watchmakers saw a significant decline in their sales with some brands ultimately having to shutter their doors. For its own part, Breitling had suspended its operations and began laying off workers as it failed to compete in this changing market.

However, in 1979, Willy Breitling sold the company to Ernest Schneider, an engineer and amateur pilot. Schneider incorporated the quartz movement into his watch designs and marketed them under the illustrious Breitling name. 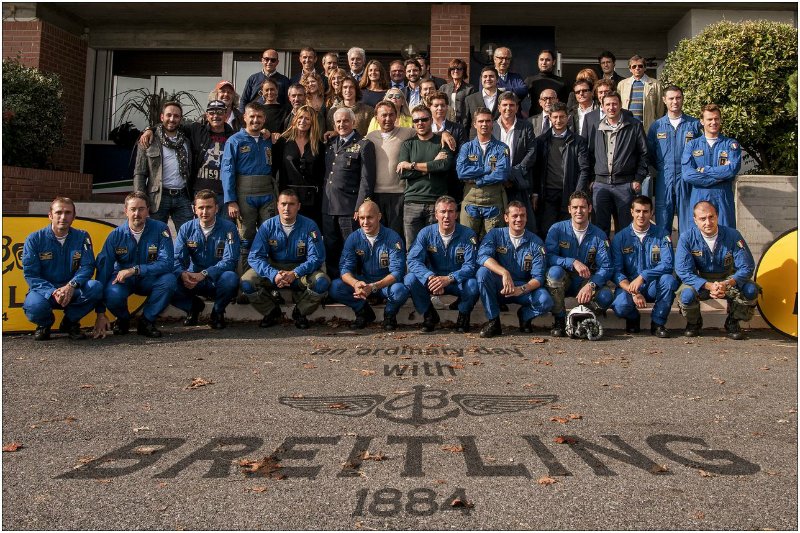 In 1984, Breitling partnered with the elite Italian Jet Team Freece Tricolori to update its 1941 Chronomat. The revamped design featured a sturdy case and a bezel with rider tabs. The watch was also design to withstand accelerations up to 20-G forces. Since its debut, the Breitling Chronomat has remained the best-selling style in the Breitling collection.

Having weathered the Quartz Crisis, Breitling re-established itself as a leader in the world of horology, releasing new collections including the Breitling Emergency in 1995. This unique timepiece contains a radio transmitter to broadcast distress frequencies and serve as a back-up for airborne beacons. Breitling has also upheld its high standards and, since 1999, has had every mechanical and electronic watch they manufactured certified by the Swiss Official Chronometer Testing Institute—making Breitling the only watch company in the world to have every watch certified as a chronometer. 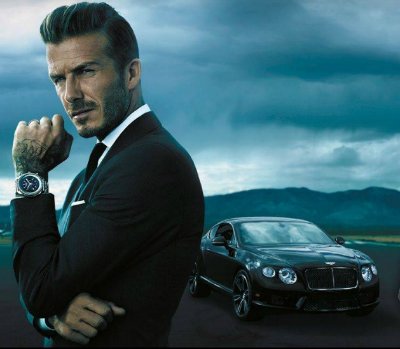 Following Bentley’s win of France’s annual 24 Hours of Le Mans race—the oldest endurance sports car race—Breitling partnered with the British automobile manufacture to design its largest chronograph yet. In honor of the 24-hour long race, the watch features a 24-hour display and a bezel that references the dashboards of Bentley racing cars. Breitling also included a variable tachometer which measures average speed without needing to calculate distance or elapsed time.

Breitling has an awe-inspiring legacy and continues to honor its founder with its precision-made and superior watches.