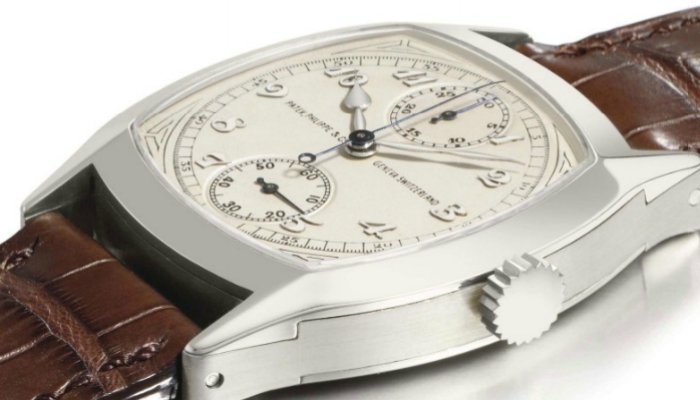 During the Great Depression, while the greater watch industry suffered and demand for lower-end watches evaporated, the elite watchmakers of Patek Philippe received an influx of orders for custom and incredibly complicated timepieces. Therefore, remarkably enough, during an economic downturn, Patek Philippe produced some of their rarest and most elegant watches. This particular watch, the Cushion-Shaped Single Button Chronograph, was produced in 1928 and sold in 1931. When it was put on the Christie’s auction block in 2011, this “extremely fine, important and possibly unique” watch fetched an impressive $3.6 million USD. 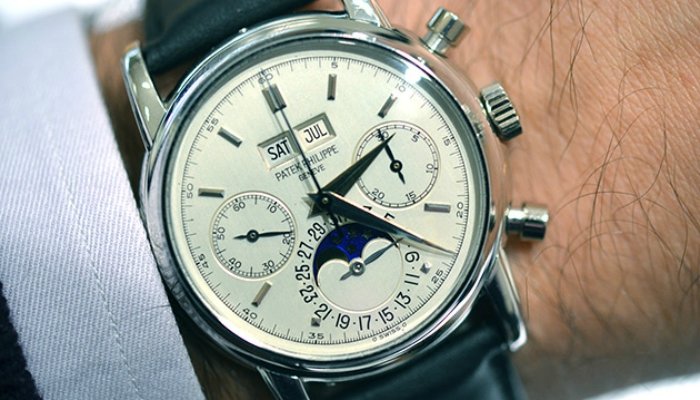 There are many contributing factors that make this chronograph so coveted—and worthy of its $3.64 million USD price tag. First off, this is the only Patek Philippe Ref. 2499 made of platinum. It also features a perpetual calendar and moon phases. The fame of the watch’s third owner, English musician, rock legend, and watch collector Eric Clapton, drummed up additional celebrity and attention for the timepiece. Clapton sent waves through the watch-collecting community by putting Ref. 2499 up for auction—making it the first time the watch was publicly available. 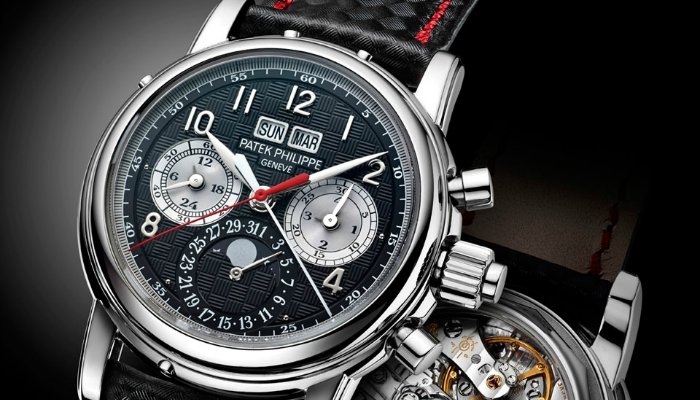 This one-of-a-kind watch was designed by Patek Philippe exclusively for the Only Watch auction in Monaco in 2013. The Only Watch auction is a charity event to benefit the Monegasque Association Against Muscular Dystrophy which funds research for the degenerative neuromuscular disease Duchenne Muscular Dystrophy. This specific model is called the 5004T as a nod to the very few Patek Philippe watches made of titanium. The unique timepiece garnered $3.99 million at auction. 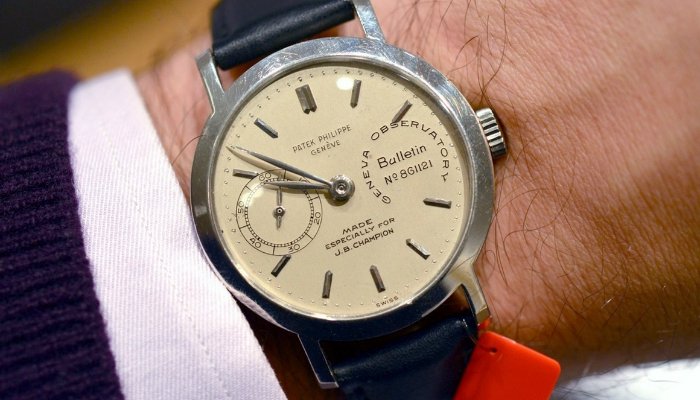 This watch was made in honor of J.B. Champion, a Texan criminal defense attorney and devoted Patek Philippe watch collector who passed away in 1975. The watch’s movement was developed for the 1948 Geneva Observatory watch-making competition “Concours de Chromoetrie.” The rigorous standards and size specifications made the competition’s contending watches commercially unviable for watchmakers. Of the 30 movements Patek Philippe designed for this competition, only two were ever put in a watch case and one of them went into this watch for J.B. Champion. Champion selected the case, dial and strap and only his was made in platinum. When the watch was put up for auction (coincidentally the same auction that included the aforementioned Ref. 2499 Eric Clapton watch), it sold for $3.99 million. 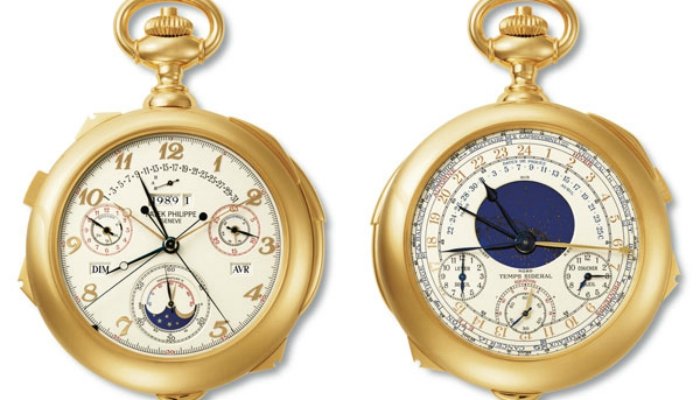 To commemorate its 150th anniversary in 1989, Patek Philippe created what they dubbed, “the most complicated watch in the world.” This pocket watch boasts 33 complications including a thermometer, star chart, equation of time, and time of sunrise and sunset. The final design took nine years to produce and included 1,728 total parts and weighed in at 1.1 kilograms (2.42 pounds). Only four were made: one in white gold, yellow gold, rose gold and platinum. In 2009, one of the Patek Philippe Caliber 89 sold at Antiquorum’s auction for $5 million USD, which at the time was the second-highest price ever paid for a watch at auction. 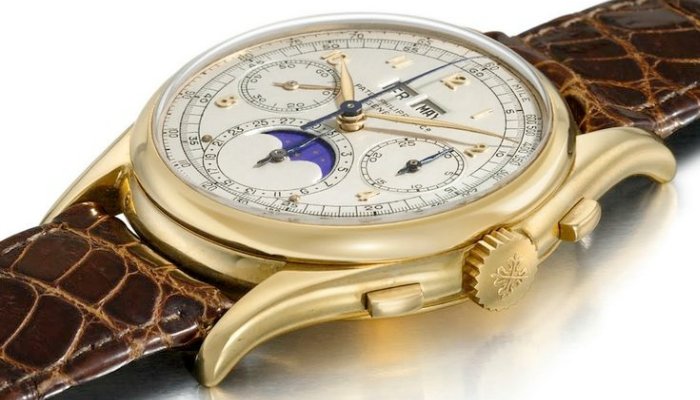 The history of this particular watch proved a hard investigation for the even the world’s most obsessive watch enthusiasts. It was ultimately traced back to the 1940s and is one of two Ref. 1527. watches. The first Ref. 1527 was originally commissioned by former chairman of Patek Philippe SA, Charles Stern, and remains in the Patek Philippe museum in Switzerland. This particular second Ref. 1527 however features a chronograph mechanism that is not included in its sibling watch. To add to its unique value, this watch was worn by Charles’s son and head of Patek Philippe’s U.S. distribution, Henri Stern, throughout his life. The watch is the most complicated Ref. 1527 ever manufactured and is a major inspiration for Patek Philippe’s designs. The watch was auctioned at Christie’s in 2010 for $5.7 million USD. 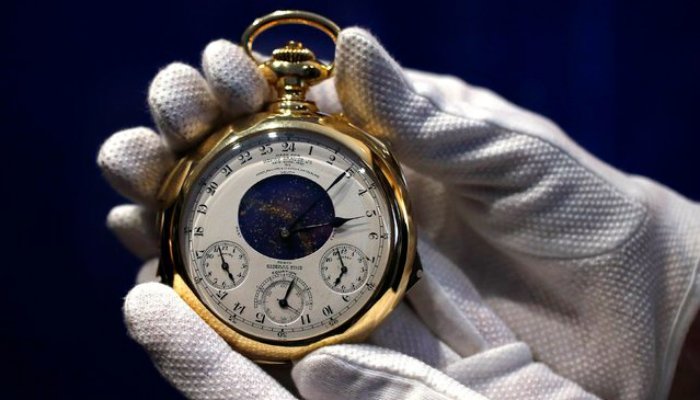 This watch was a special commission by banker Henry Graves in 1925 and took seven years to manufacture. What makes this watch such a marvel is the mind-boggling amount of ingenuity and craftsmanship that went into designing and then hand building the 24 complications (which also had to be manually calculated as this obviously long predated computers). Its complications include Westminster chimes, a perpetual calendar, and a celestial chart of New York’s evening sky. It remained the most complicated watch for over 50 years until Patek Philippe bested itself with the Caliber 89 Grand Complication (number three on our list here) in 1989. When the Henry Graves Jr. Supercomplication first went to auction in 1999 it sold for $11 million USD. However, when this rare piece appeared on the Sotheby’s auction in 2014, it went for a stunning $24 million USD.