Harry Winston became the “Jeweler to the Stars” in 1944 when he became the first jeweler to loan diamonds to an actress to wear on the red carpet.

Best Actress Jennifer Jones created a sensation and heightened the level of Hollywood glamour when she attended the Academy Awards in Harry Winston diamonds. This became a watershed moment for Harry Winston and the awards show, transforming it from a comparatively modest celebrity fete into the lavish and dazzling affair it is today. 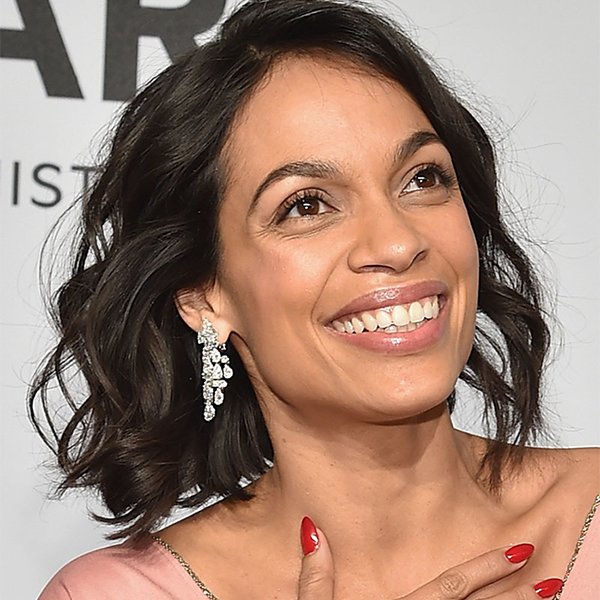 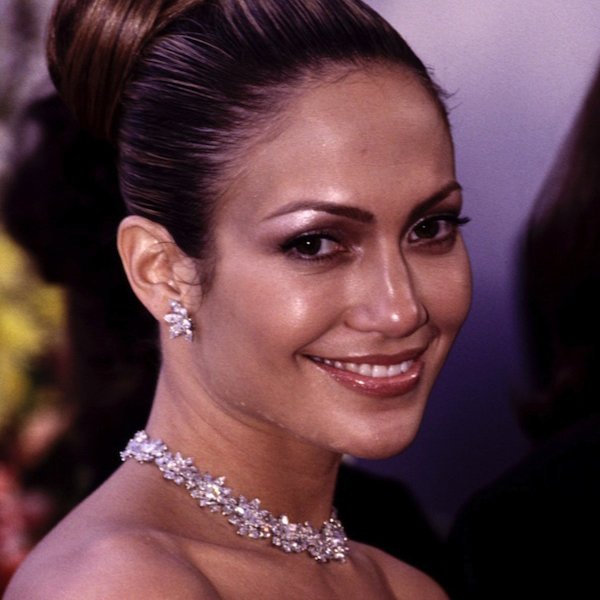 Jennifer Lopez wore the Winston Cluster by Harry Winston, Diamond Wreath Necklace to the 1999 Oscars where she presented the award for Best Original Song. The brilliant necklace features a dazzling array of pear-, marquise- and round-cut diamonds, totally a jaw-dropping 100 carats. The diamond cluster earrings weighed in at an impressive 10 carats. Lopez paired her stunning jewels with a Badgley Mischka gown. 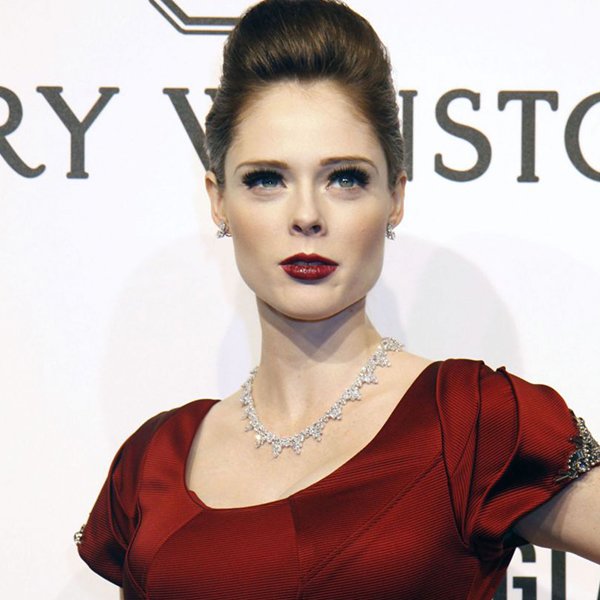 Supermodel Coco Rocha attended the 2015 amfAR New York Gala, sponsored by Harry Winston. The model, who was well into her third trimester at the time of the fundraising event, wore a deep red mermaid-style dress, designed by Zac Posen. To accessorize her elegant gown, Rocha wore a 62-carat cluster diamond necklace and 6.11-carat cluster diamond earrings. 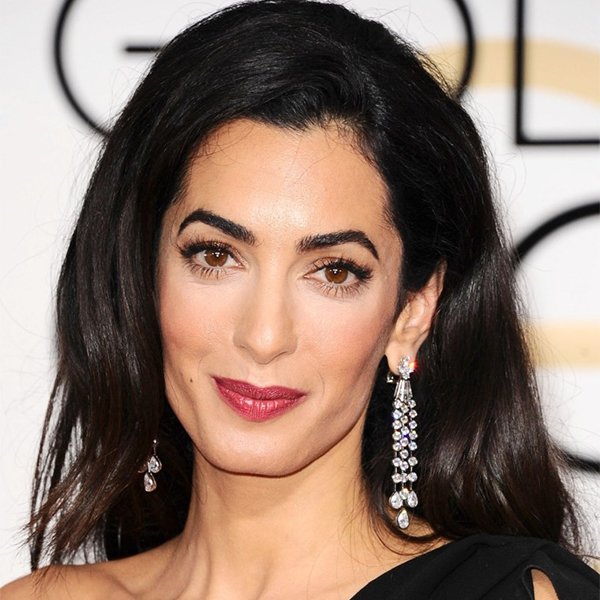 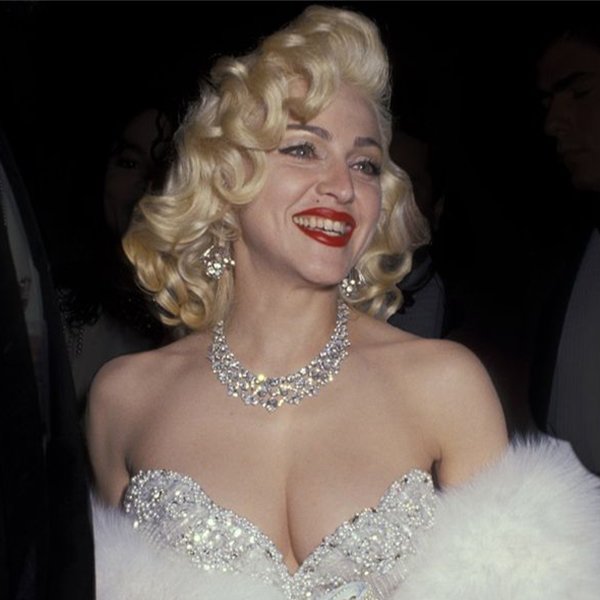 Madonna attended and performed at the 1991 Oscars. On the red carpet, Madonna channeled Marilyn Monroe with her platinum hairdo, a slinky Bob Mackie gown, white elbow-length gloves, and a white fur stole. And in true Monroe fashion, Madonna wore piles and piles of Harry Winston diamond jewelry, an estimated $20 million worth of diamonds.

During her performance of her nominated song “Sooner or Later” from the Dick Tracey soundtrack, Madonna removed and dramatically flung one of her priceless earrings into the crowd. To the immense relief of the entire Harry Winston staff, she wore replicas for the number. 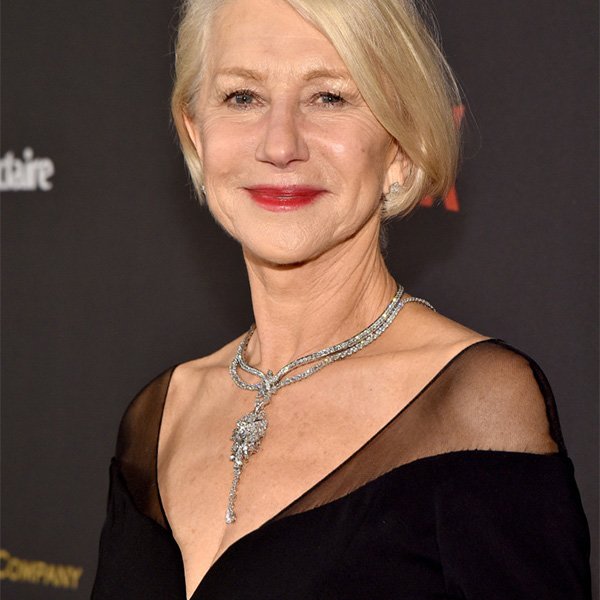 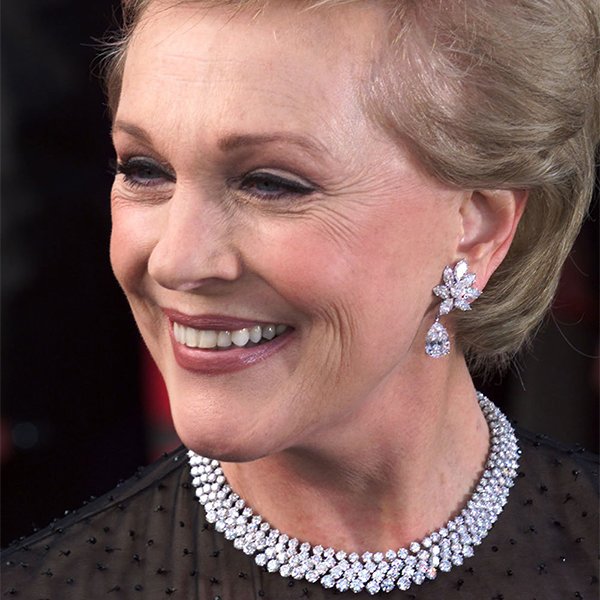 At the 2001 Oscars, Julie Andrews wore the same jewelry she wore in her role as Queen Dowager Clarisse Renaldi in the final scene of The Princess Diaries. The Harry Winston four-row bib diamond necklace and diamond drop cluster earrings were worth half a million dollars. 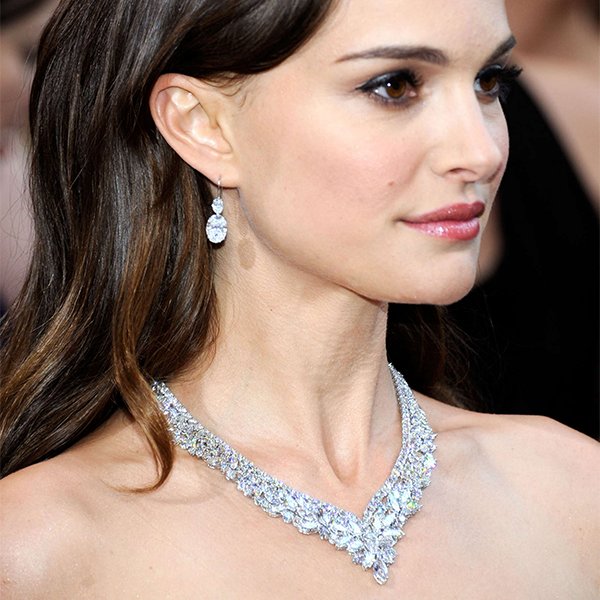 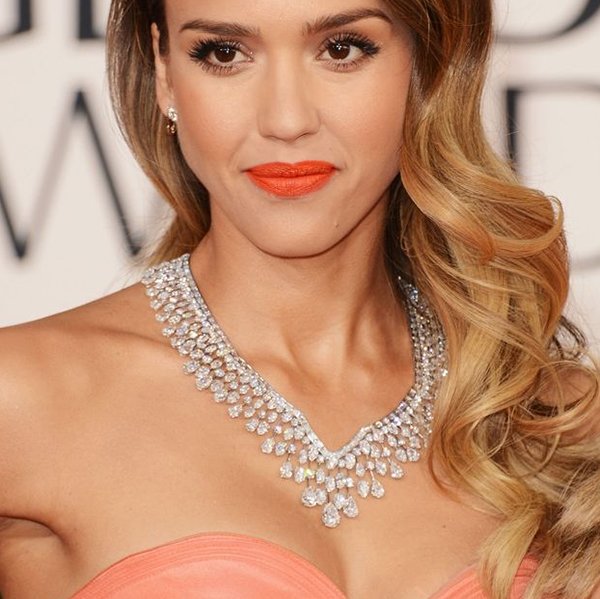 Elizabeth Taylor was a prolific admirer of fine jewelry so it should be no surprise that she tops our list of the 10 Best Harry Winston Red Carpet Moments. While her vast private collection included a variety of Harry Winston jewels, the most iconic and best-known of them is the Taylor-Burton Diamond. A gift from husband actor Richard Burton who paid a whopping $1.1 million for it, the famous diamond was cut by Harry Winston and weighed in at a staggering 69.42 carats. Taylor wore the diamond to the 1970 Oscars with a down-to-there powder blue dress by Edith Head.

To learn more about this lavish gift from Richard Burton to Elizabeth Taylor, read our post “5 of History’s Most Expensive Jewelry Gifts” here.