Home Brand Spotlight The Panerai Luminor: A Closer Look at this Iconic Style

Easily one of the hottest watch brands on the market today is Panerai (or Officine Panerai). Collectors just can’t stop clamoring for this brand—particularly the esoteric Paneristi group of devotees who adore nearly exclusively the Panerai brand. While its few collections are always in demand, it is the Panerai Luminor that is the most sought-after series for a host of reasons. Here we take a look at the iconic Luminor and why it is so collectible.

The Introduction of the Panerai Luminor
Essentially born out of the Royal Italian Navy’s request for then Italian-made Panerai to craft the most luminous and readable watch, the Luminor was created in 1949. Prior to the Luminor, Panerai had produced the Radiomir line (with a patented radium paste to provide luminosity). The Luminor, meanwhile, used a tritium-based substance for its lumen, which Panerai also patented. When the brand’s contract with the Royal Italian Navy ended in 1953, the company began offering its watches to the public. However, the watches were aesthetically-speaking too big during an era of small watches. The Panerai brand just seemed to quietly make an existence over the ensuring four decades. 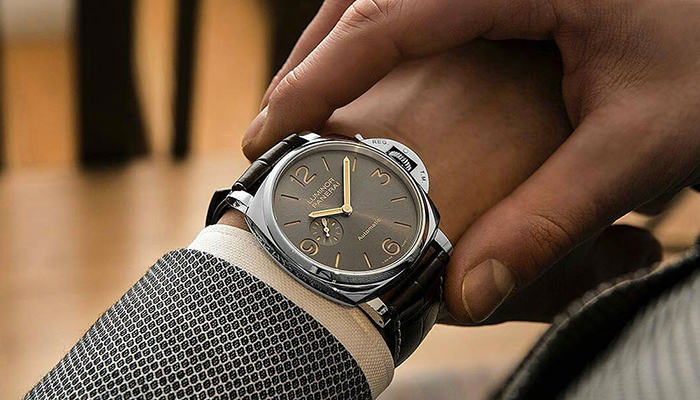 The Resurgence of the Panerai Luminor
In 1993, though, Panerai created an updated collection of three watches, one of which was the Luminor. It was inspired by the early Luminors made for the Royal Italian Navy and featured one important signature feature: the crown guard that Panerai had patented in Italy in 1955. The “Tight Seal Device” would ensure water resistance up to 200 meters.

Over the years, especially once Panerai was acquired by the Vendome Group (now the Richemont Group) in 1997, the Luminor has enjoyed a variety of evolutions.

In 2002, Panerai created a true sensation when it unveiled the Luminor 1950 case that was inspired by the model created in 1950. It was 47mm instead of 44mm, the size of the 1993 version. Additionally, it was closer to the original Luminor’s true heritage shape and had a slightly domed sapphire crystal. It was an immediate hit with Panerai enthusiasts. Today, the Luminor and Luminor 1950 continue to evolve, but always remain true to their roots.

The Signature Look and Collectible Appeal of the Panerai Luminor
Today, with functions ranging from Eight Days (power reserve) to GMT, chronographs and more, the Luminor collection (including the Luminor, Luminor 1950, and Luminor Marina) remains the most desirable for collectors for five key reasons:

1. The crown guard. The most distinctive signature of the modern-day Panerai Luminor watches is the protective crown guard. From across a crowded room, any watch enthusiast who knows Panerai will recognize you’re wearing a Luminor if the watch has the legendary crown guard—and let’s face it—who doesn’t want to be thought of as a Paneristi? 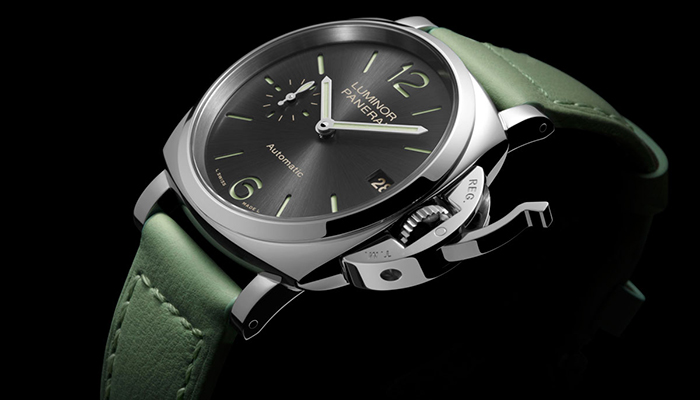 2. The sandwich dial. A throwback to its roots, the Panerai Luminor watch is beloved for the famed “sandwich” constructed dial. Clean in design and incredibly sophisticated, the sandwich dial is a two-layer dial. The top dial consists of the black parts of the dial (think like a stencil with the hour markers and numerals in negative), and the bottom dial which features the luminous parts that glow in the dark. It should be noted that not all Luminor watches have sandwich dials; some have painted luminous dials. Opt for the sandwich dial when shopping for a Luminor. It is a beloved feature and helps the watch hold its value.

3. The luminosity. The single most important factor about Panerai, and the reason for its success in 1860, is the luminous materials it uses in its watches. From the radium-based materials in the first half of the 20th century, to the tritium-based materials employed by the second half, Panerai built its reputation on offering patented luminous technology. Today, its luminous dials are among the brightest, most vivid, and most easily readable on the market.

4. The on-going commitment to innovation. While this commitment is true of Panerai as a brand, the Luminor series in particular reflects Panerai’s advanced research. Each time there is a significant premier, Panerai houses it in a Luminor, including the Lab-ID Luminor 1950 Carbotech 3 Day watch (a lubricant-free watch whose dial is made with a coating of carbon nanotubes for ultimate black); the Lo Scienziato Luminor 1950 Tourbillon GMT (with a titanium 3-D printed case and one of the most technical GMT watches in the world); and the Limited Edition L’Astronomo Luminor 1950 Tourbillon Moon Phases Equation of Time GMT watch (one of the most complex watches the brand has built and featuring moon phases indication and innovative polarized crystal date indications). 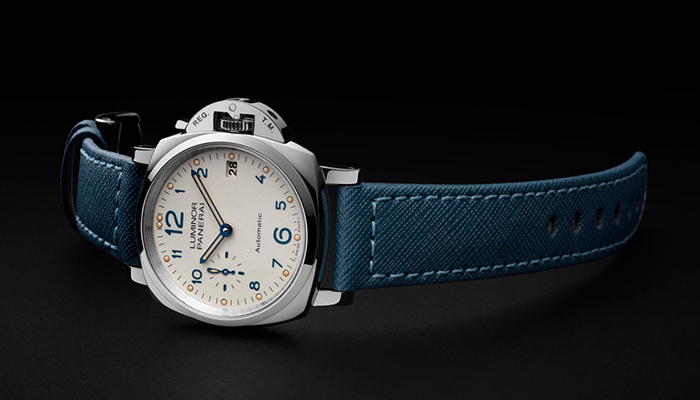 5. The heritage and rich roots. Easily one of the most important factors surrounding the Luminor is its rich military roots and the stories that accompany Luminor’s growth. Such stories include the mid-1990s adventure with Sylvester Stallone, who happened upon the Panerai boutique in Florence while filming Daylight. He was so enamored with the Luminor that he had Panerai make him 15 watches in two styles: the Sly-Tech black dial Luminor and the Daylight white-dial Luminor. He gifted these 15 watches to friends, including Arnold Schwarzenegger who wore his watches in movies, as well. Who doesn’t want to tell those stories about the watch on his or her wrist?

The list goes on but, suffice it to say that, the Panerai Luminor watch – especially a 44mm version – is one you just can’t go wrong with. For a more complete look at the history and evolution of Panerai since its founding in 1860 here. 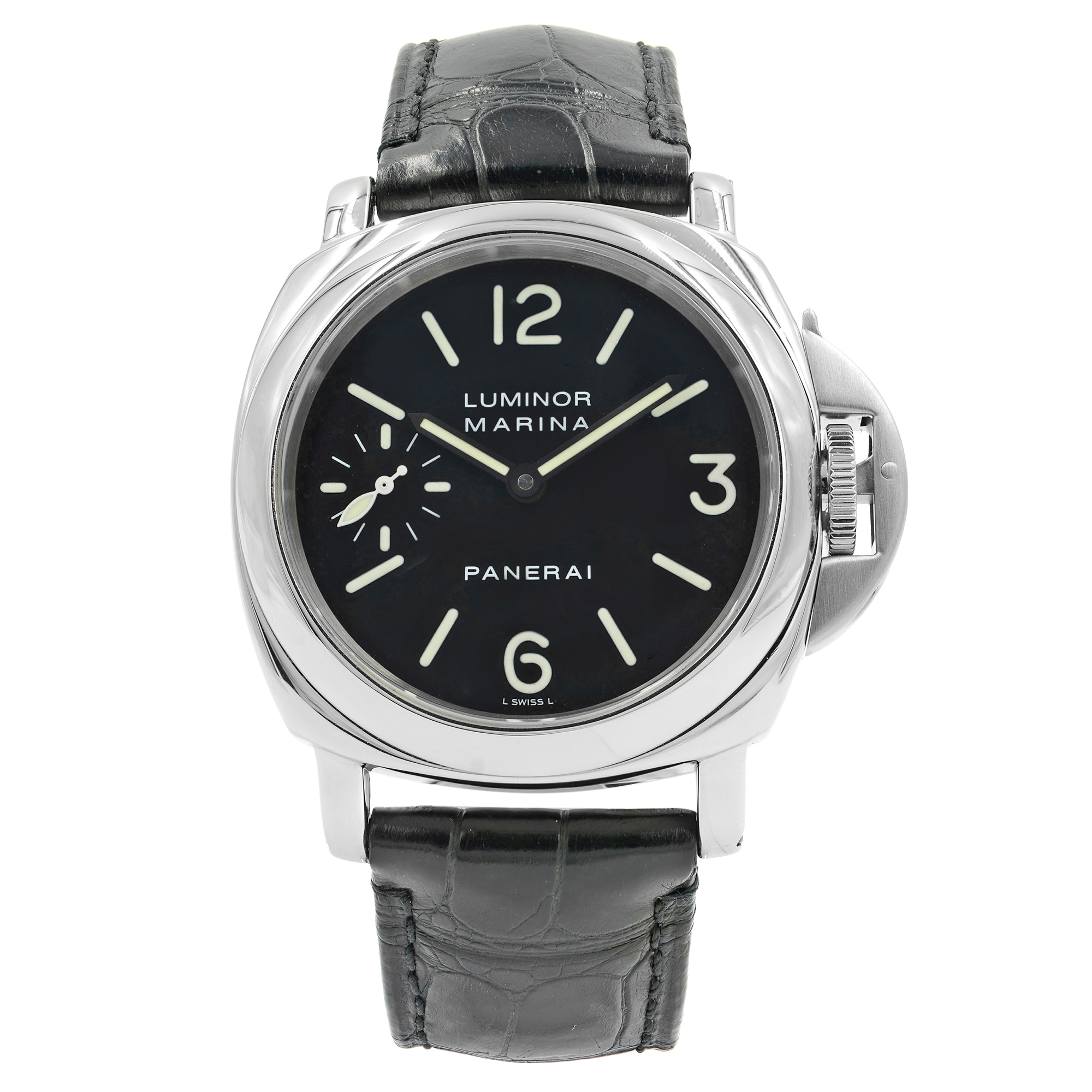 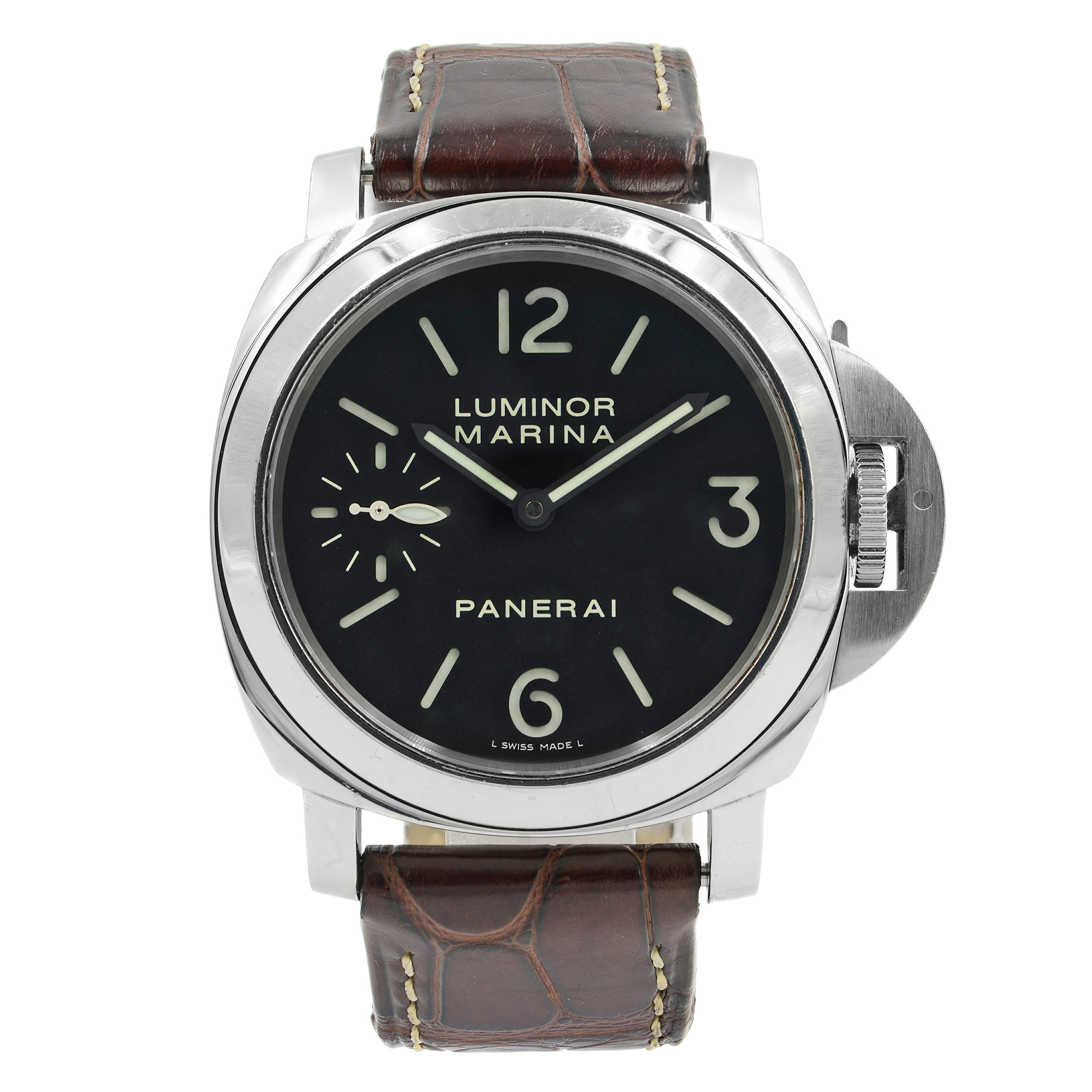