The Cartier Love Bracelet is arguably the most popular and widely-recognized Cartier design in the jeweler’s vast collection. Since its inauguration, the simple yet captivating piece has been adored by the likes of Elizabeth Taylor, Cary Grant, and Angelina Jolie. The bracelet’s charismatic appeal has been attracting jewelry enthusiasts for almost 50 years. Its long, glamorous past is matched by the many grand people throughout history who have chosen to wear it.

Setting the Scene
Before the Cartier Love Bracelet debuted, the house of Cartier (founded in 1847) was already a well-established and respected jeweler, largely praised for their romantic and inspired designs. Cartier was first a favorite designer among royals. In the 1950s, the brand became a Hollywood mainstay after receiving a shoutout in Marilyn Monroe’s performance of “Diamonds are a Girl’s Best Friend” in Gentlemen Prefer Blondes (1953). Cartier went on to design actress-turned-Princess of Monaco Grace Kelly’s engagement ring to Prince Rainier in 1956.

By 1969, the brand was the talk of the town, especially after actor Richard Burton purchased from them a 68-carat, pear-shaped diamond to give to his then-wife Elizabeth Taylor. 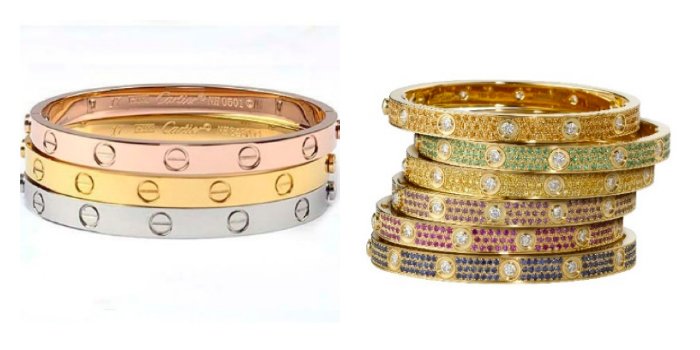 An Unusual Inspiration Source
Fittingly, it was amidst this buzz that the glamorous Cartier Love Bracelet was launched. Designer Aldo Cipullo drew inspiration from an unlikely and less-than-romantic source: the medieval chastity belt.

What moved Cipullo was not the barbaric, bizarre, and likely exaggerated practice of fair maidens wearing a chastity belt to preserve their purity while their beloved knights were away fighting in The Crusades, however. He was struck more by the symbolism of the chastity belt, an emblem of devotion and faithfulness. “What modern people want are love symbols that look semi-permanent — or, at least, require a trick to remove. After all, love symbols should suggest an everlasting quality,” explained Cipullo.

Cipullo translated this theme of everlasting commitment into the Love Bracelet’s design. Made of two equal halves, dotted with perfectly spaced flat head screws, the Love Bracelet locks with a screwdriver which is to be kept by your significant other so only they can “unlock” your bracelet.

The Love Bracelet was an immediate and complete sensation with celebrities including Elizabeth Taylor, Ali McGraw, Cary Grant, Steve McQueen, and even Frank Sinatra—and this enthusiasm spread to non-celebrity shoppers.

The Love Bracelet Today
When it was introduced, the Cartier Love Bracelet was only gold-plated. Today the bracelet is offered in solid yellow, white and pink gold with variations thereupon, including diamond and pavé encrusted bracelets and ones studded with gemstones like sapphires, spinels, and amethysts. One particularly expensive model is made of 18K white gold, set with 216 brilliant-cut diamonds and retails for $56,500 USD. The collection has also expanded to include unisex styles as the Love Bracelet has been increasingly popular for men as well. 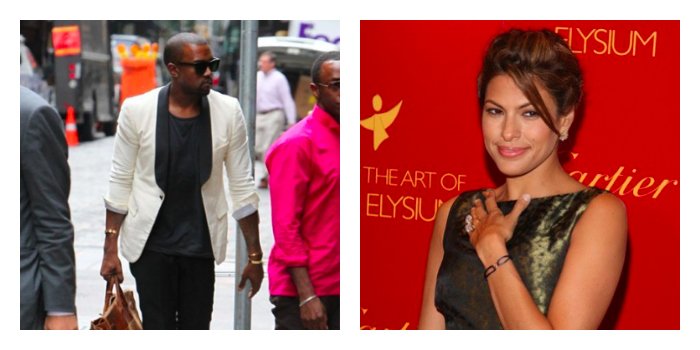 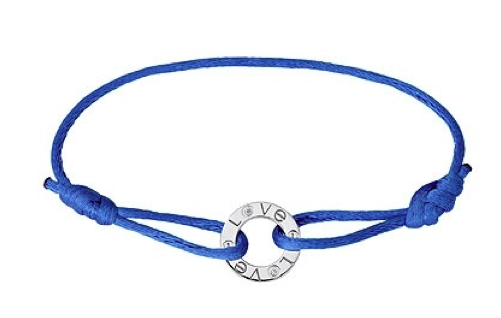 The modern Love Bracelet counts celebrities Angelina Jolie, Reese Witherspoon, Kanye West, Sarah Jessica Parker, Leighton Meester and Eva Mendes among its fans. In 2006, Cartier leveraged their famous followers for a philanthropic endeavor dubbed the Cartier Charity Love Bracelet. The simpler, special-edition Love Bracelet was made with a silk cord and round “Love” charm. A portion of each the bracelet’s sales went towards the celebrity’s choice of charity.

1. Does your bracelet have a logo and serial number?
If the bracelet doesn’t have the Cartier logo, copyright, the 18k gold 750 stamp and a hallmark, then you are looking at a knockoff. Fake Cartier Love bracelets will only have part of the stamp, usually only a logo. This is a sure sign that the bracelet is not the real deal. The stamp should be clear, easy to read and well aligned.

2. What color is the bracelet?
The next way to determine authenticity is right in the hue of the gold. Cartier Love Bracelets are made with high quality yellow gold, white gold, rose gold and platinum. If the Love Bracelet you’re looking at is tarnished or discolored, then it’s likely a fake. The color tone should be consistent throughout.

3. Are the stamp screws aligned?
If the screws or diamonds placed around the outside of the Love Bracelet look unaligned then it is a fake. A real Cartier Love Bracelet has screws that are meticulously placed and would never look misshapen or too large for the bracelet.

If you have questions about shopping for a pre-owned Cartier Love Bracelet, contact a TrueFacet concierge associate here.