Audemars Piguet watches have become a status symbol with distinguished designs that are as luxurious as they are exceptionally crafted. Such a reputation must be shaped as carefully as their timepieces and the watchmaker has done so since 1875. To this day, Audemars Piguet is one of the greatest watchmakers in history and one of the oldest family-owned watch businesses.

The roots of AP stretch all the way back to 1874 in the Vallee de Joux, Switzerland. In 1874, Jules Audemars and Edward Piguet first met and just a year later, in 1875, began their careers in the watchmaking business. Their individual skills and expertise allowed for the perfect business partnership. Audemars would produce the parts needed for the timepieces and Piguet, a master watchmaker, would complete the final inspection for quality control. In 1881, Audemars Piguet was officially founded.

In 1891, AP had manufactured one of their “firsts.” At the time, it was the world’s smallest repeater movement at 18mm. Then in 1892, the watchmakers produced the world’s first minute repeater, solidifying their place in watchmaking history. In 1899, AP released their first “Grande Complication,” a pocket watch that featured a minute repeater, perpetual calendar, chronograph and more advanced features.

At the beginning of the 20th century, Audemars Piguet began manufacturing watches that would be branded under companies like Bulgari, Cartier and Tiffany & Co. During this time, AP created the world’s thinnest movement as well as the first jumping hour movement. In 1934, Audemars Piguet began manufacturing wristwatches with skeletonized cases, a trend that is popular again today. 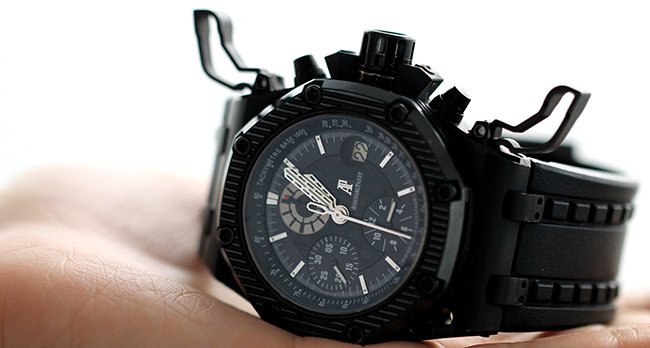 One of Audemars Piguet’s most remarkable achievements was the introduction of their brand icon. It’s impossible for a watch enthusiast to think of AP without immediately thinking of the Royal Oak. This timepiece was introduced nearly 100 years after Jules Audemars and Edward Piguet met, but the piece has become the brand’s most prominent and popular timepiece and status symbol.

The Royal Oak was introduced in 1972 under unusual circumstances. AP was to be present at the Basel watch fair in Switzerland, which is now known as Baselworld. The evening before the fair, the managing director of Audemars Piguet told the AP watch designer, Gerald Genta that he must design a remarkable steel watch. Genta would design the Royal Oak in less than 24 hours unknowingly designing one of the world’s most distinctive and coveted timepieces. 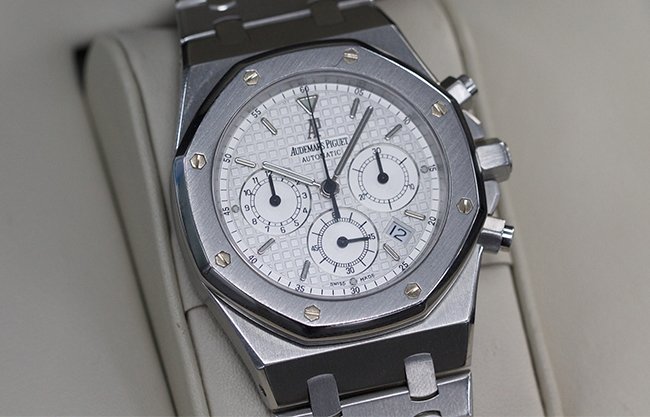 During a time when timepieces were thin, round and cast in gold, the Royal Oak was a revolutionary watch design. The Royal Oak was also the first sports watch in steel and at 39mm, was massive compared to the industry averages of the time. The design was inspired by a ship named HMS Royal Oak in the British Royal Navy.

Though the watch was hard to sell after its initial release, AP eventually found success. With several variations on the timeless classic, the watchmaker eventually released the Royal Oak Offshore in celebration of the 20th anniversary of the Royal Oak. The Offshore has become the most popular and best-selling Audemars Piguet timepiece.