On November 17th and 18th, the Red Bull Air Race World Championships will take place in Fort Worth, Texas—decorating the sky with some of the fastest, most intense aerobatic aviation formats to take place all year. The Lone Star State opens a bustling Metroplex area at this Great American Speedway to host this last race in the season. This is the third year in a row that the event has been held at the Speedway, where the airspace is wide open for some of the best pilots in the world to fight to the finish. There to time the entire event is the Hamilton Watch Company. 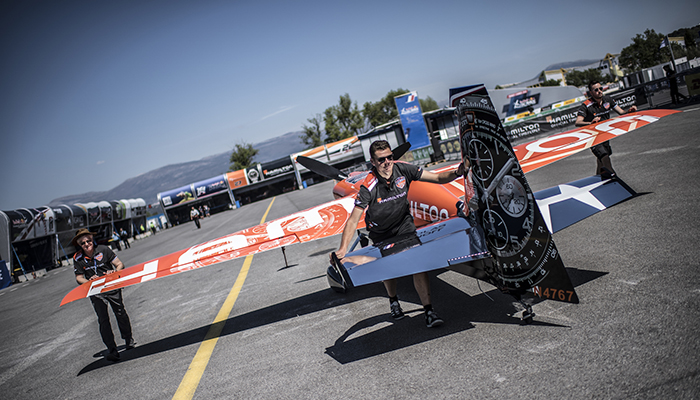 Members of Team Hamilton push the airplane of Nicolas Ivanoff of France during training day at the second round of the Red Bull Air Race World Championship in Cannes, France on April 20, 2018.

Hamilton’s Early History in Aviation and Pilot Watches
As the Official Timekeeper of the Red Bull Air Race World Championship 2018, Hamilton has been around the world with the eight different air races, starting in Abu Dhabi in February and moving on to a host of countries around the world to wind it all up in Dallas. For Hamilton, aviation is almost second nature.

In fact, almost since its inception in America in 1892, the now-Swiss watch brand has been creating instruments for pilots for 100 years. With an early reputation of being the finest watch for the railways, Hamilton’s foray into aviation in the early 1900s was a natural one. In 1918, the brand became the Official Timekeeper for the first U.S. Airmail flights, making cockpit instruments and clocks. In less than two decades, Hamilton became the official watch for four different major airlines in America, and soon began supplying watches and cockpit instruments to the military forces and air services. 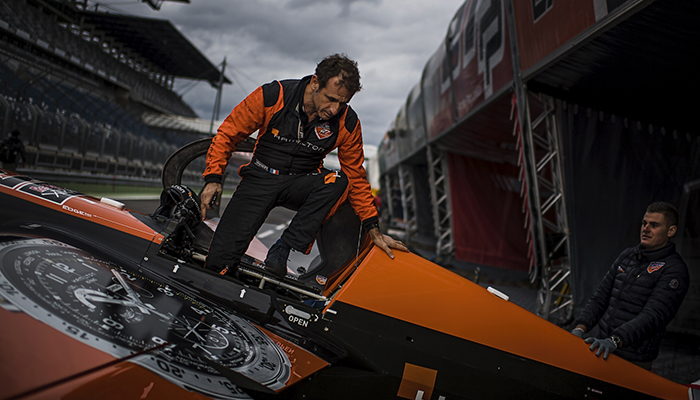 Nicolas Ivanoff of France jumps out of his airplane during the seventh stage of the Red Bull Air Race World Championship in Lausitz, Germany on September 14, 2017.

In fact, during World War II, Hamilton stopped producing watches for public consumption so that it could focus on providing watches to the military. Since then, the brand has remained involved in timing the skies with relationships with Air Zermatt rescue forces in Switzerland and a host of other squadrons around the world.

It was just about a decade ago that Hamilton got involved with the Red Bull Air Race World Championship. The brand formed its own Hamilton aerobatic aviation team, and has a host of top-notch pilots on its brand ambassador list including French-born Nicolas Ivanoff, Spanish-born Juan Velarde, Canadian Pete McLeod, and Italian Dario Costa. Each of these pilots wears Hamilton watches and has provided feedback to the brand for features and functions. 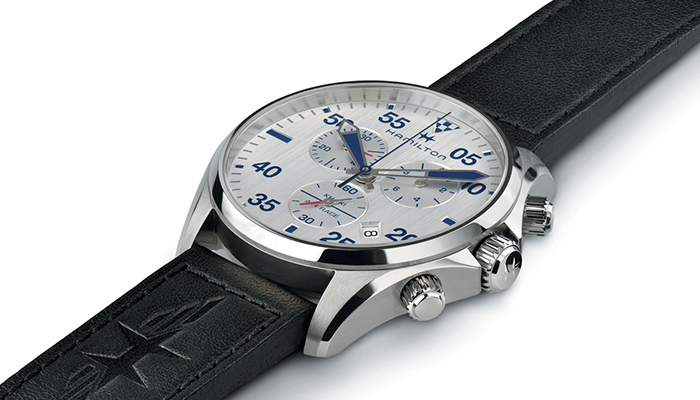 The Hamilton Khaki Pilot Watch
In 2017, when the spot for Official Timekeeper of the Championships became available, Hamilton jumped in as Official Timekeeper for all of the races, where at least 14 racing pilots must rely on precision and perfection to navigate their racing planes at high speeds for a host of thrilling acrobatic moves. The pilots must navigate around pylons that stand more than 75 feet tall and the split-second timing of these maneuvers is essential.

It is this precision and pursuit of excellence that is the link between Hamilton precision watches and aviation racing. The key collection geared for aviation enthusiasts and serious pilots, as well as outdoor adventurers, is the Hamilton Khaki series, with particular emphasis on the Khaki X-Wind watches. While there is a new limited edition Khaki X-Wind Auto Chronograph that salutes the brand’s 100 years of aviation, the Khaki collection in general features watches that pack a punch at a fairly affordable price point.

The Khaki watches vary from model to model in what they offer, with features ranging from pieces with high-tech movement components to anti-magnetic properties and certified chronometer status. Some of the watches offer automatic movements and others are equipped with quartz calibers, but all are designed to go the distance with the wearer and to provide extreme precision and aviation style worthy of any Red Bull Air Race pilot or simply the pilot watch enthusiast. 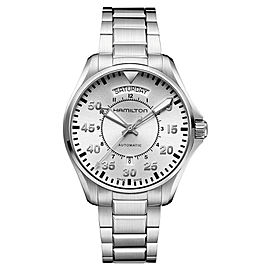 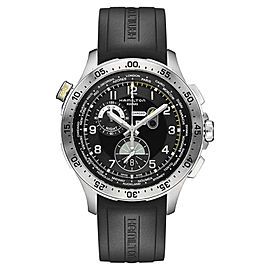 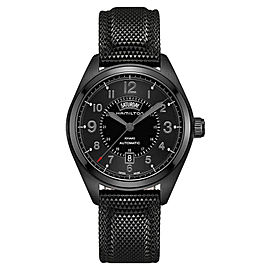