Home Education All About Diamonds: The April Birthstone

The birthstone for the month of April is likely the most recognizable of them all: the diamond.

The Origins and Cultural Significance of Diamonds

The word “diamond” derives from the ancient Greek word adámas, meaning “unbreakable” and “untamed”. This perfectly describes the stone, which is a near-indestructible solid form of carbon with a diamond cubic crystal structure.

Diamonds are thought to have been first mined in India, where large amounts of alluvial deposits of the gem were found along the Penner, Krishna, and Godavari rivers 3,000 years ago. These stones might be older than they seem, though, since scientists argue that their existence in the region could date as far back as 6,000 years.

In terms of jewelry, diamonds started appearing as accent stones to pearls and gold in European adornments in the 13thcentury, around the same time that Louis IX of France created a law reserving diamonds for the king. In the 16th century, diamonds started becoming more prominent in jewelry settings, largely due to the facets cutters made in the diamonds in order to showcase a stone’s true beauty through its scintillation and brilliance. By the 18thcentury, diamonds conquered the jewelry industry. Diamonds were arriving and being cut in Venice, Paris, Bruges, and Antwerp from India and South America. They were so expensive and highly coveted that, according to rumor, those wealthy enough to own them only wore them in the evening, since it was considered ill-mannered to show them off during the day.

Since diamond deposits were found in Australia in 1985 and in Canada in 2000, the stone has been afforded a newfound sense of accessibility, to the point where diamond jewelry pieces are now the cornerstone of almost every decent jewelry collection worldwide. 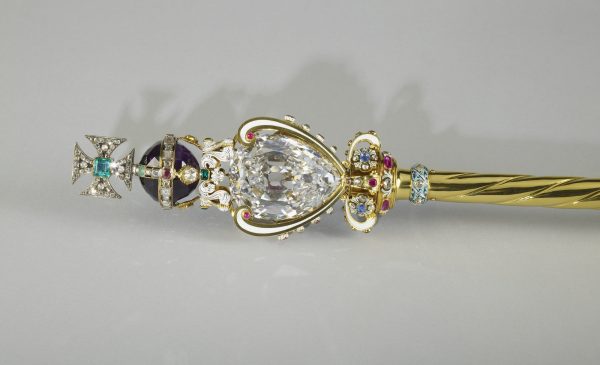 The largest gem-quality rough diamond ever found remains to be the Cullinan. Discovered in 1905 at the Premier No. 2 mine in South Africa, the Cullinan weighed 3,106.75 carats and was eventually cut into several well-known and important diamonds. The two largest are, expectedly, the Cullinan I and the Cullinan II. The former weighs in at 530.4 carats and is mounted in the head of the Sovereign’s Sceptre with Cross. The latter, also known as the Second Star of Africa, weighs 317.4 carats and is mounted in the Imperial State Crown. Both diamonds, among others, are part of the Crown Jewels of the United Kingdom.

The Properties and Hardness of Diamonds 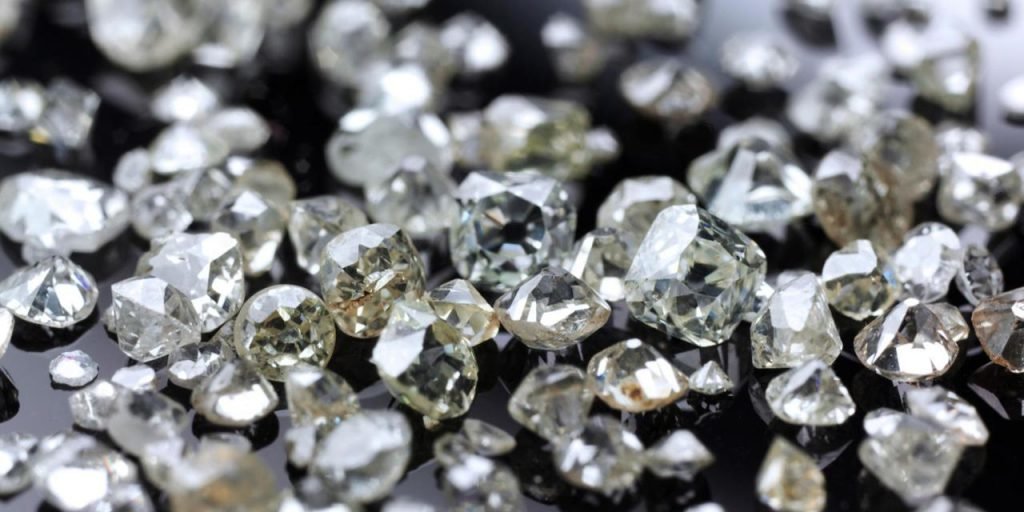 Geologists believe that diamonds are formed in the Earth’s mantle before being pushed to the surface by deep-source volcanic eruptions that break apart pieces of the mantle and carry them swiftly to the surface. The formation of natural, commercial-quality diamonds requires extremely high temperatures and immense pressure. These specific conditions only occur in certain zones of the Earth’s mantle, about 90 miles under the surface of the planet, where temperatures are at least 2000 degrees Fahrenheit. Diamonds can take between tens of millions to 3.5 billion years to come to the surface.

Considered the most precious of all gemstones, the diamond is the hardest known natural material according to both the Vickers and the Mohs scales. As such, a diamond is only able to be scratched by other diamonds, allowing the gem’s finish and polish to last.

A diamond is considered the most popular gemstone for modern engagement rings and wedding bands because, unlike other gems, its hardness and scratch-resistant features make it suitable for daily wear.

Diamonds are often white or clear, with the purest and most colorless being considered the rarest and, therefore, the most expensive. The stone, however, can also exist in varying degrees of yellow, brown, pink, grey, blue, green, red, orange, and black.