While Coco Chanel’s ready-to-wear designs (labeled under the House of Chanel) were understated, her jewelry was bold, flashy and highly ornate. We explore the history of Chanel jewelry, the most influential jewelry designers behind the Chanel brand, and how they, alongside Coco Chanel, revolutionized the costume jewelry industry.

The 1920s Perception of Fine vs. Costume Jewelry 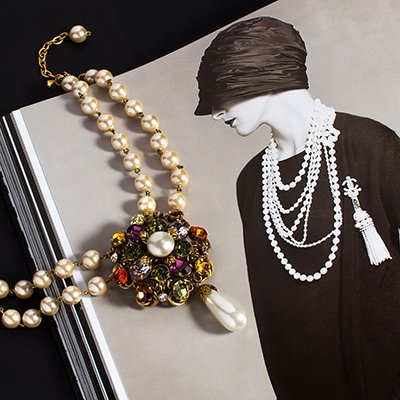 Until Chanel arrived on the fashion scene in the later 1920s, only the wealthy could afford jewelry as it was made nearly exclusively with precious stones and fine metals, and even still, the high cost of jewelry meant women could only wear one to two pieces. Meanwhile, costume jewelry was a sort of style faux-pas and looked-down upon as being only for women who couldn’t afford the real thing. Although Chanel had an impressive fine jewelry collection of her own, bestowed to her by her adoring suitors, she preferred mixing fine pieces with costume jewelry. Chanel was notorious for layering on ropes of faux-pearls and necklaces that contrasted beautifully against her minimalist designs.

The Introduction of the Chanel Maltese Cross Cuff

For her own line of costume jewelry, Chanel turned to Duke Fulco di Vedura. In 1927, Fulco was working for Chanel as a textile designer but Chanel quickly noticed his talented eye and asked him to update the settings of her own fine jewelry. Soon after, Chanel made Fulco the head designer of Chanel jewelry, a post he would hold for eight years. 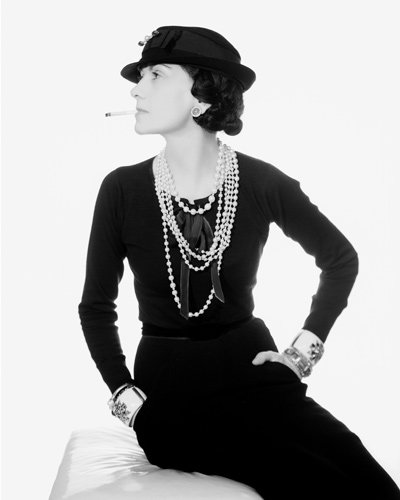 Together, Chanel and Fulco designed the now iconic Chanel Maltese Cross motif. The cross design (also known as the Almalfi cross) was loosely inspired by the star of the Knights of Malta. In Fulco’s interpretation, the Maltese cross was filled with multi-color semiprecious stones and set upon a mismatched pair of white enamel bracelets. Chanel adored these bracelets, added them to her personal wardrobe and wore them constantly. The Chanel Maltese Cross cuffs became commercially available around 1930 and have remained a mainstay of the Chanel jewelry collection since.

In 1939, World War II was already underway and Chanel closed up her shop for the duration of the war. Chanel reopened her store at 31 Rue Cambon in 1954 and resumed production of her ready-to-wear and jewelry collections. 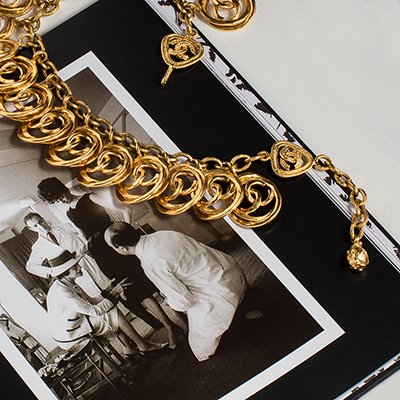 She turned to the French jeweler Robert Goossens to design her collection. Goossens’s father was a metal foundry worker and he had trained as an apprentice in jewelry making in his youth. Before collaborating with Chanel, Goossens was already well-known in the couture jewelry space, having designed for Rochas, Balenciaga, and even Chanel’s rival Elsa Schiaparelli, after being tapped by Cristóbal Balenciaga to design a Byzantine-style cross necklace for Balenciaga’s presentation.

Goossens shared Chanel’s love of mixing faux and semi-precious stones in his designs. He is best-known for designing a gold brooch with three pearls and a diamond which Chanel wore herself and replicated in her collection. Goossens would continue designing for the Chanel brand, even after Coco Chanel passed away in 1971.

Today, the Chanel brand still honors its costume jewelry origins and Coco Chanel’s fundamental beliefs that jewelry should be a healthy (if not playful) mix of fine and costume jewelry so the wearer can pile up inexpensive jewels that pair perfectly with their ensemble. Chanel herself was a pioneer in the trend of costume jewelry and the iconic designs are as popular today as they were when they debuted.