Home Education The History of Diamonds in Jewelry 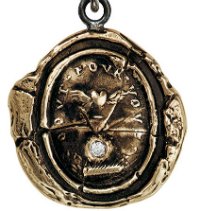 The beginning details of the history diamonds in jewelry making are unclear, but the first textual references to diamonds were from India over 3,000 years ago. Buddhist texts mention the use of diamonds dating back as far as the 4th century, BC. Because of he stone’s ability to refract light, Buddhists believed that diamonds were able to ward off evil when worn as talismans. 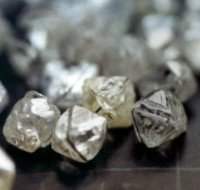 The perception of diamonds as medicine gradually shifted. They were then just considered to be objects of value — as gemstones or for industrial uses. Miners began telling workers that diamonds were poisonous if ingested to avoid smuggling. Eventually, however, the mines in India became depleted.

The first example of a diamond’s use in jewelry was in the form of a Hungarian queen’s crown in 1074 AD. After that, the diamond became used in many crowns and royal jewels. 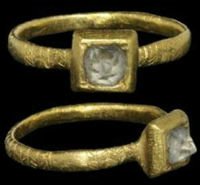 The first documentation of diamond cutting in Europe dates back to 1407 in Paris where there was an active guild including jewel cutters. In documentation involving the guild there were references to a diamond cutter named Herman. In 1458 Belgium a mad discovered that diamonds could be cut using their own dust. The same man also invented a diamond polishing wheel and first proposed symmetrically aligning the facets when cutting a diamond.

The first known diamond engagement ring was gifted to Mary of Burgundy in 1477 by Archduke Maximilian of Austria, thus marking the beginning of the tradition. 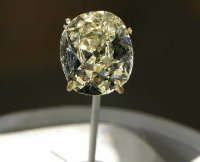 In 1866 the first diamond mines were discovered in South Africa by a child playing in a river who found colored stones. It was realized that one of the stones was a diamond. The gem that was cut from the rough stone was aptly named the “Eureka” diamond. Since the eureka moment, South Africa has been a major location for diamond mines and many mines have been discovered throughout the world.

Shop the look with authenticated diamond jewelry and watches with TrueFacet!