Omega is one of the most storied watch brands: it was the first watch on the Moon; has served as the official timekeeper of Britain’s Royal Flying Corps, the American Army and the Olympic games; and it counts some of the biggest names in history and pop culture as its fans including George Clooney, Nicole Kidman, Tom Hands, Rory Mcllroy, Michael Phelps, Sergio Garcia, Greg Norman — not to mention John F. Kennedy and Prince William. Omega also recently earned its title as the “James Bond watch” after actors Pierce Brosnan and Daniel Craig wore an Omega watch in each of their Bond films.

With its historical firsts and celebrity renown, each Omega watch is imbued with the spirit of the brand. Here we round up our four all-time favorite (but lesser known to some) Omega collections that are beautifully emblematic of the Swiss brand!

The Omega Constellation
When the Constellation collection launched in 1952, it was actually a follow-up release to the immensely popular Omega Centenary collection, a limited-edition model released four years earlier in honor of Omega’s 100th anniversary. The Constellation borrowed design elements of the Centenary but really stood out for its incredible timekeeping precision. As a testament to Omega’s commitment to horological excellence, every Constellation caseback is hand-engraved with an illustration of the Geneva Observatory. This landmark is where Omega broke its own precision record in 1951. 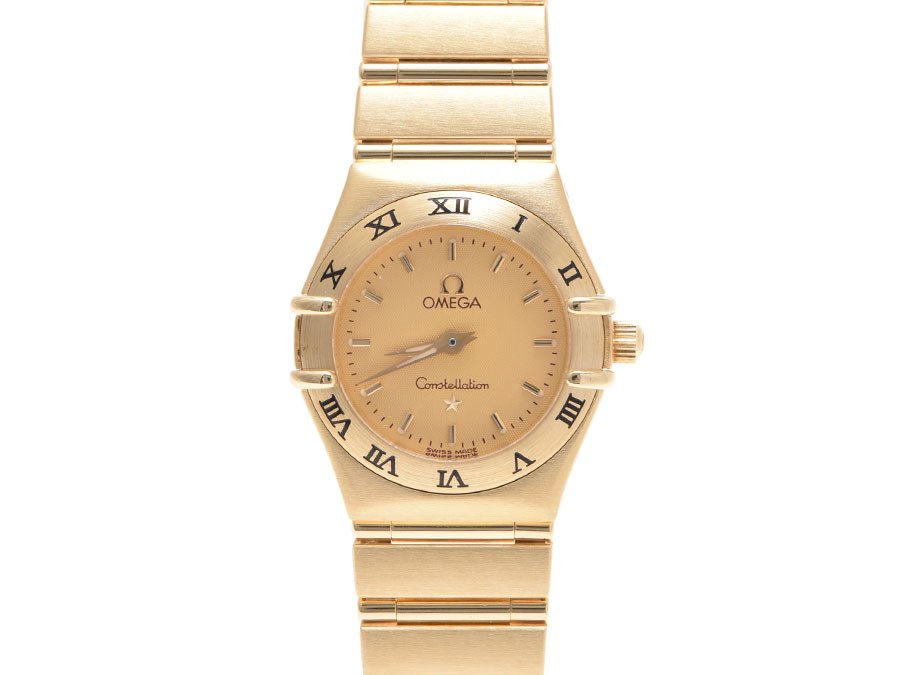 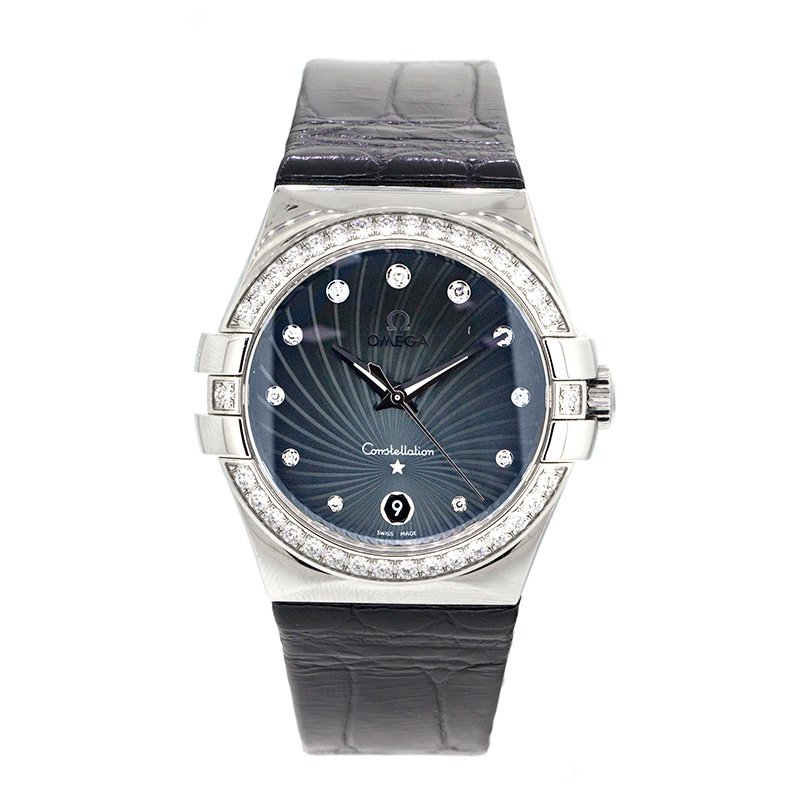 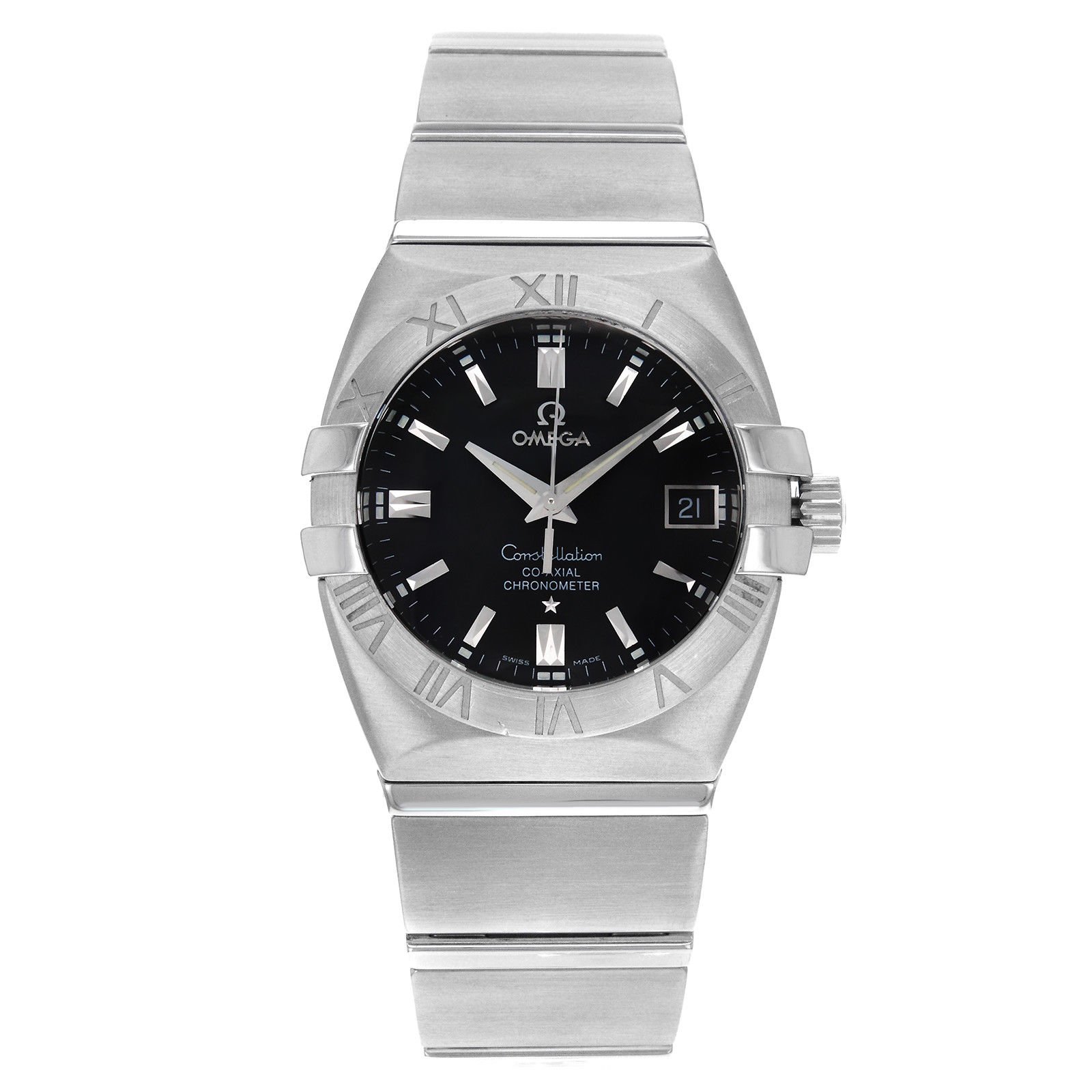 The Omega Planet Ocean
The Planet Ocean is a part of the greater, iconic Omega Seamaster Collection, but its sporty look and arrow-shaped hands distinguish it from the classic Seamaster aesthetic. The Planet Ocean is a premier diving watch: watertight up to 600 meters and equipped with a sealable helium valve and a movement with a co-axial escapement. The Planet Ocean has grown into a pop-culture icon after it earned the honor of becoming the “James Bond” watch for the 2006 film Casino Royale, starring Daniel Craig as James Bond. 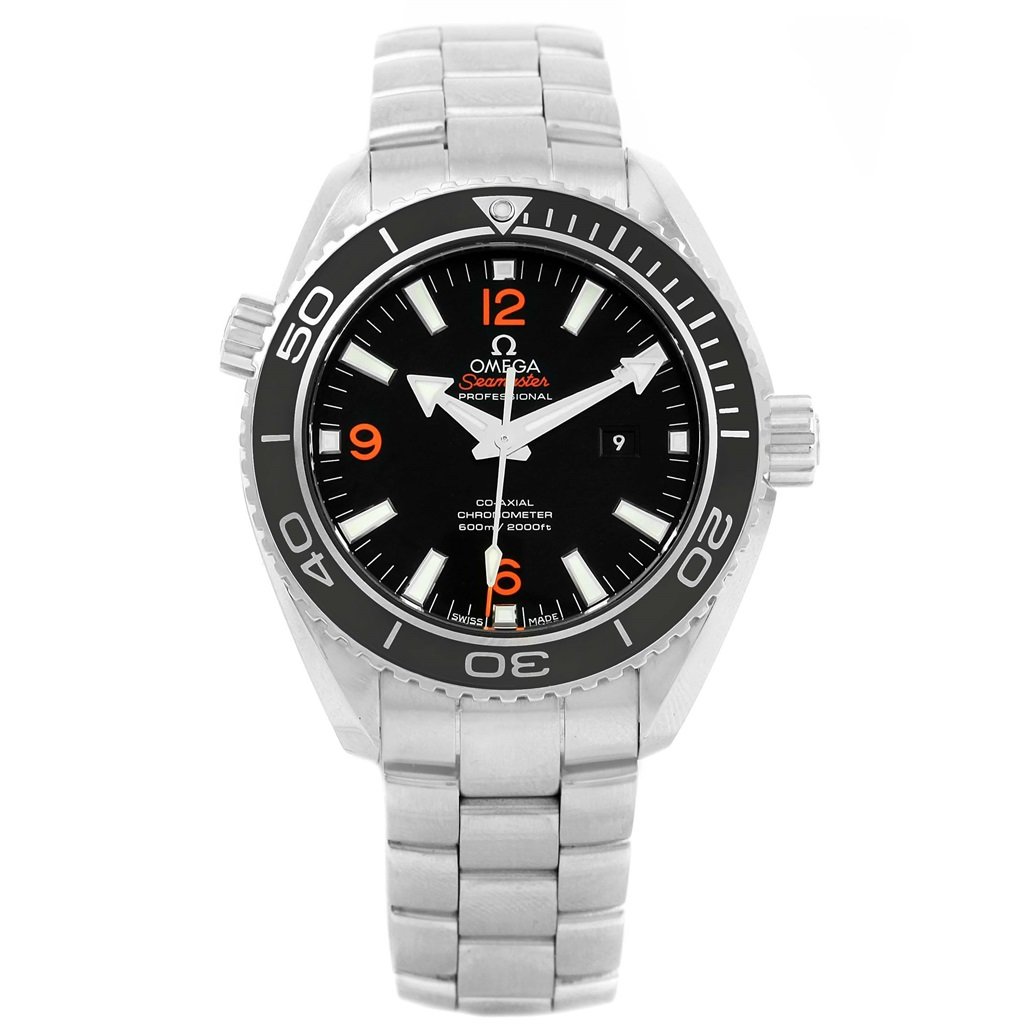 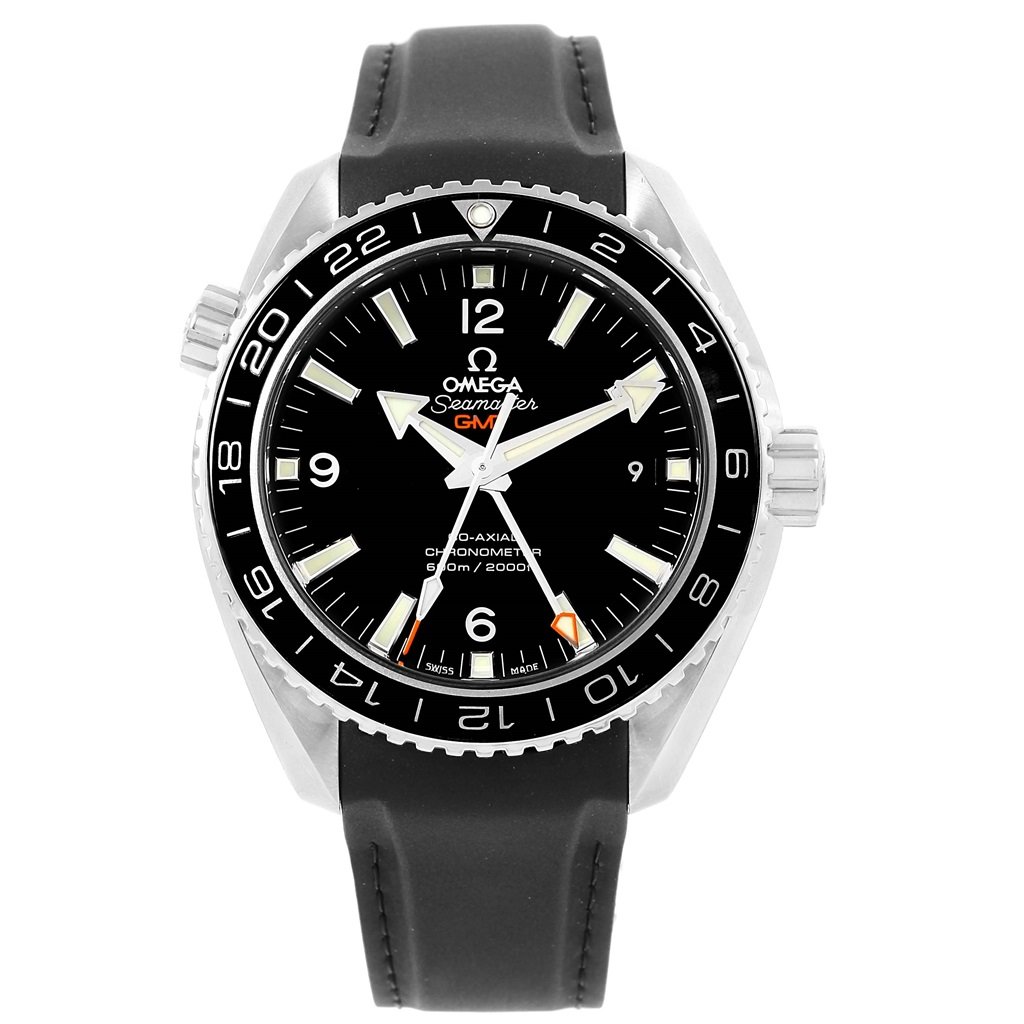 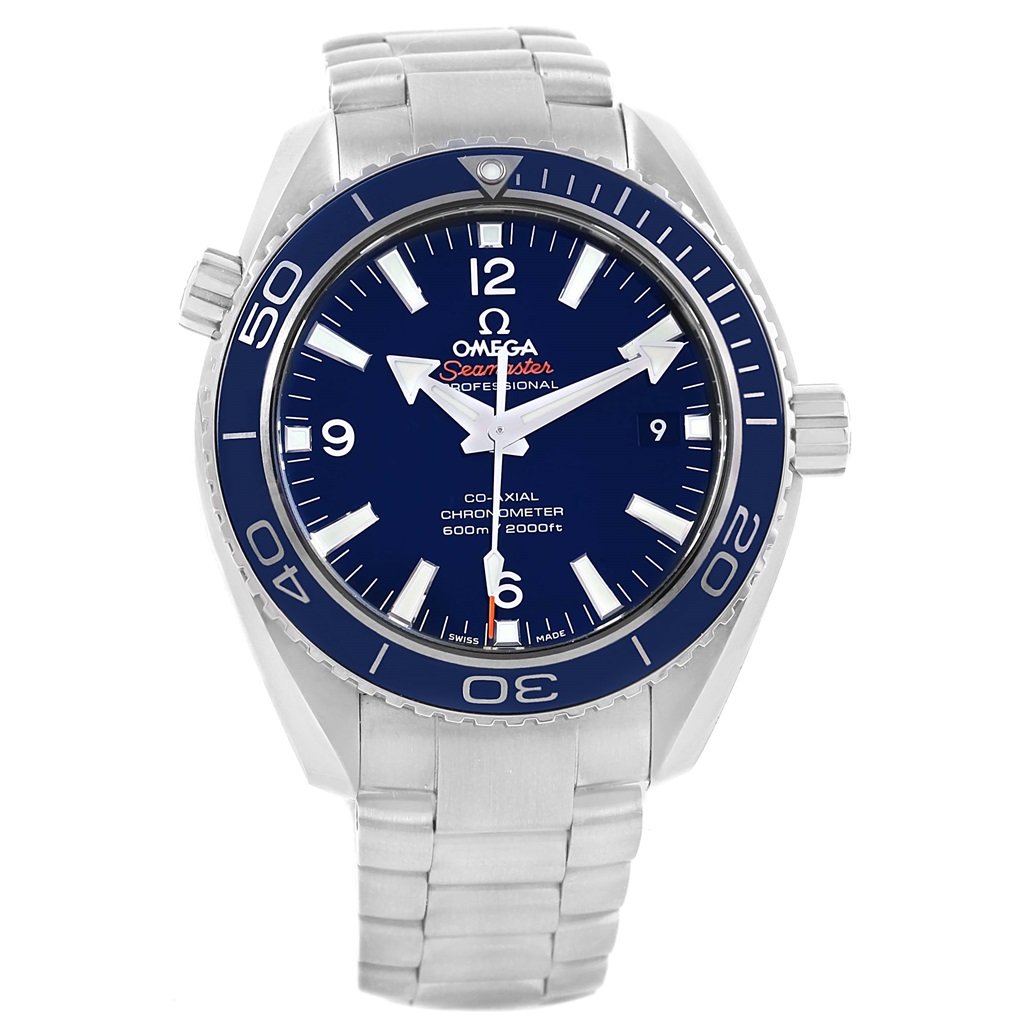 The Omega DeVille Ladymatic Watch
The Omega DeVille premiered in 1967 as a kind of more youthful and cosmopolitan spin-off of the brand’s wildly successful Seamaster collection. In a bold departure from Omega’s very sporty designs, the DeVille boasts a very modern and elegantly clean design. And, within this grand collection, the Ladymatic in particular deserves extra attention. The Ladymatic was released in 2010 but heavily borrowed elements of the 1950s Ladymatic model, hence the vintage-looking round watch case and slender silhouette. While the model ranks as one of Omega’s most customizable models—with an impressive range of bezel, strap, and dial options—its simple-yet-striking design core always shines through. 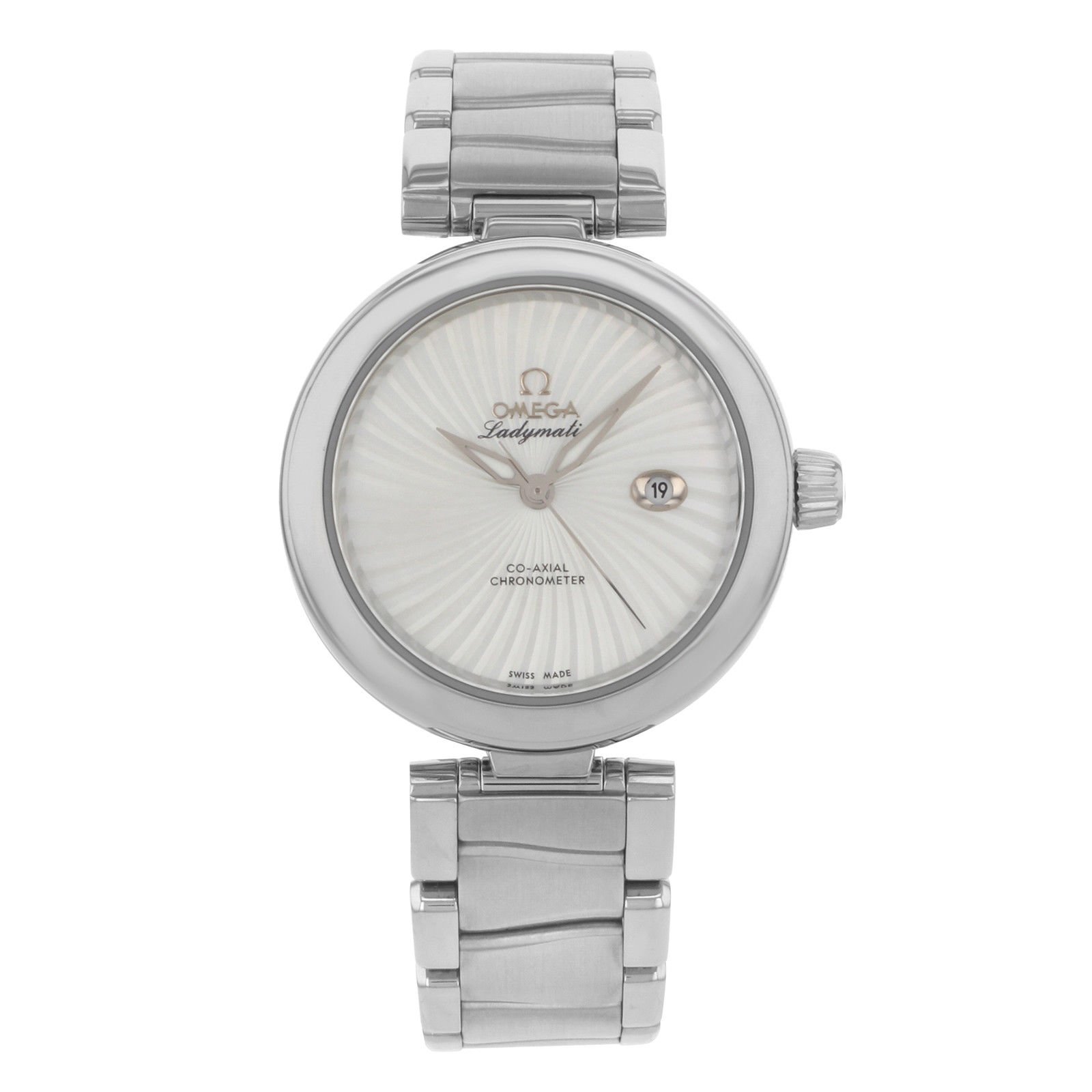 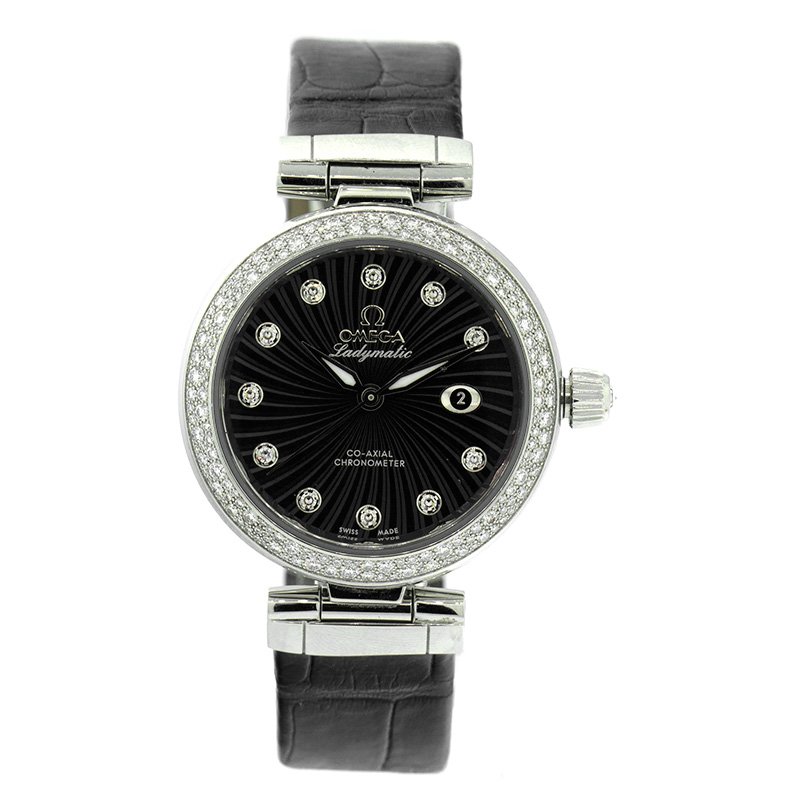 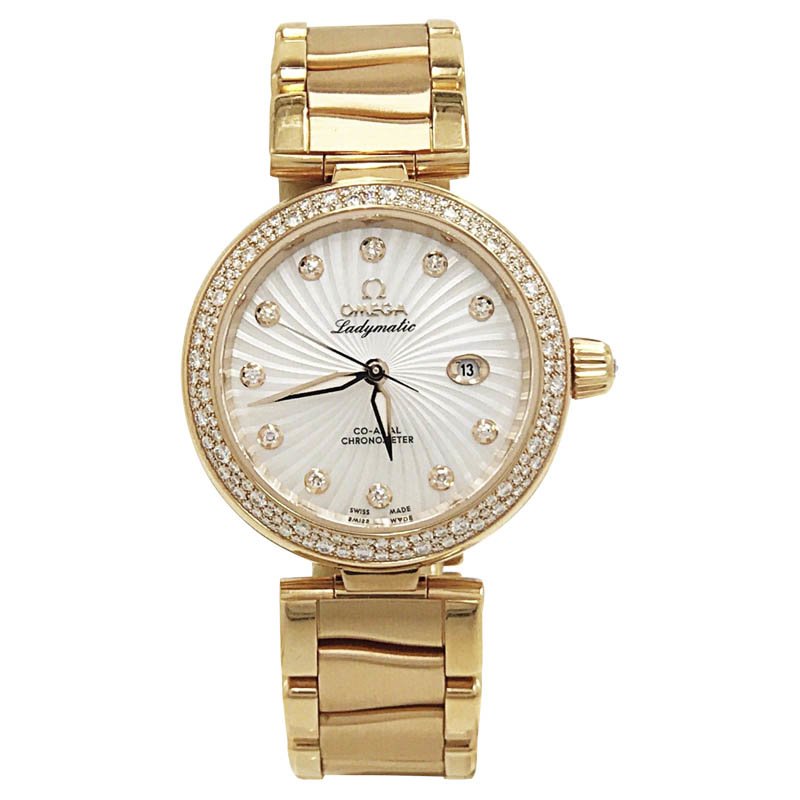 Omega Seamaster Professional Ploprof Diver
The Seamaster Professional 600 debuted in 1970 and promptly earned the moniker “Ploprof,” after the French term for “professional diver” plongeur professionnel. This robust watch was specially designed for divers and to endure crushing underwater pressure. In addition to being an engineering marvel, the Omega Ploprof boasts an unmistakable and incredibly unique design: a screwed-in crown with a protective buffer and a big security pusher to release and lock the bi-directional diving bezel. The impressive design of the Ploprof distinguishes it not only from other Omega watches but from virtually every other watch on the market. 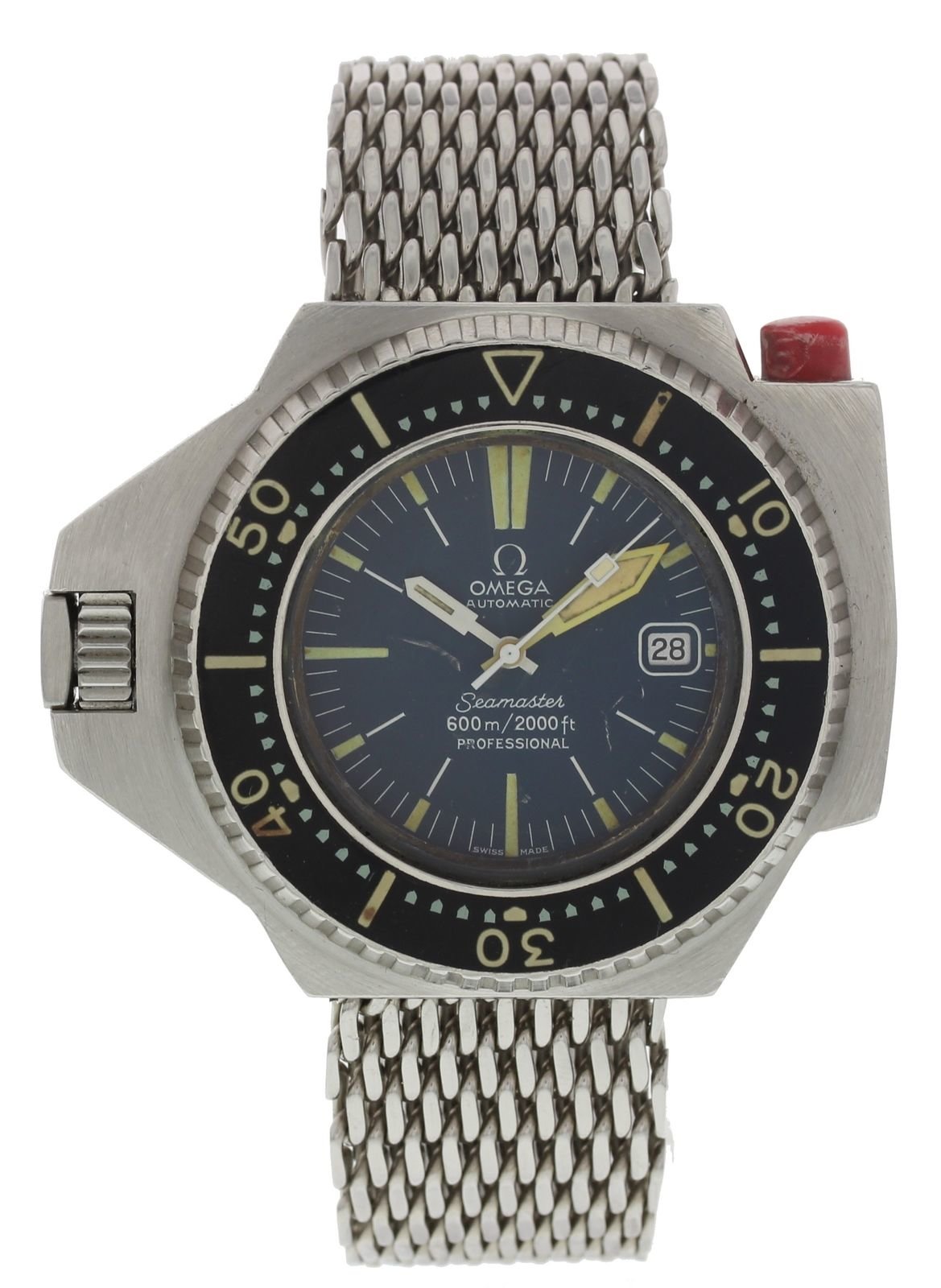 Explore more of the history of Omega watches and its most popular design, the Seamaster, in our post here!