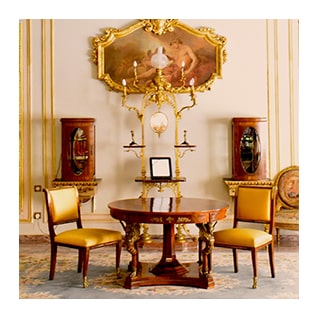 Yossi Harari is an internationally renowned jewelry designer whose namesake brand is immediately distinguished for its singular hand-crafted pieces that are heavily influenced by ancient Hellenistic and Etruscan jewelry.

Here, we explore Yossi’s personal history, from a bright child with a love of jewelry to his formal training as a designer and how he effectively traveled back through time to revive centuries-old jewelry-making techniques and cultivate his unique aesthetic for the modern woman.

Young Yossi Harari, Developing His Own Aesthetic from a Young Age

Yossi was born in Haifa in Israel and spent his childhood in Istanbul, Israel, and Switzerland. Yossi’s grandfather was a big collector of art and antiquities, with an incredible love for jewelry. Each week he would surprise his wife and Yossi’s mother with an assortment of jewelry, each lovingly picked by Yossi’s grandfather, as a sentimental gift. The small weekly collection fascinated Yossi who eagerly anticipated the arrival of the small velvet-lined jewelry box alongside his grandmother and mother.

Even as a young child, Yossi had a keen eye and, remarkably, his own cultivated aesthetic. He evaluated each piece, deeming some to be truly stunning and others comparatively less-stunning but with high quality stones. The precocious young jeweler would helpfully suggest different settings for the exceptional gemstones—surprisingly advice that his mother would take from her nine-year-old son.

Because his family encouraged his artistic pursuits from such an early age, Yossi began to sharpen his independent eclectic style that would go on to inform his work as a jewelry designer. 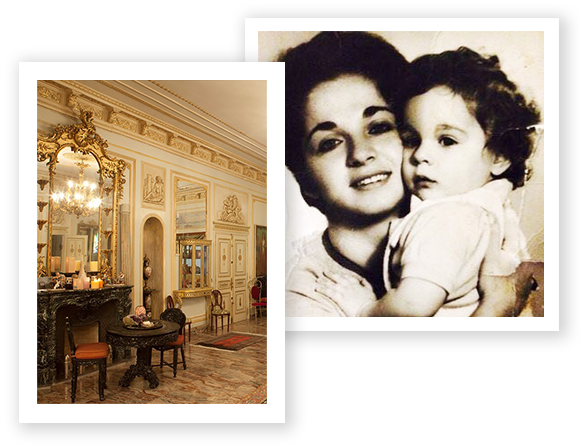 Honing His Skills and Formal Training as a Jeweler

Already a promising young jeweler, Yossi began his formal training in the craft at the Gemological Institute of America in Los Angeles, California where he earned degrees in gemology and jewelry design. He went on to receive a History of Arts degree from Tel Aviv University.

At Tel Aviv University, Yossi delved deeper in the rich art history of the Hellenistic and Etruscan eras. As he learned about these ancient cultures, he was particularly interested in their use of 24K gold, a jewelry-making technique not commonly used today. Yossi was so intrigued that he took on a personal challenge to re-introduce 24K gold to modern jewelry.

With this fascination in 24K goldsmithing on his mind, Yossi traveled throughout Turkey, Italy, Greece, soaking up the history and culture to inform and influence his designs. Yossi ultimately met a craftsman in Turkey who knew how to work with 24K gold and realize Yossi’s Old-World-meets-modern dream jewelry collection. The duo opened a haute couture jewelry atelier in Istanbul in 1991 where the two revived the long-forgotten art of 24K gold jewelry for the modern woman.

As Yossi’s jewelry-making business expanded and as 24K gold was folded ever more into his body of work, Yossi began experimenting with different and new precious metals, particularly with combining gold and silver. Yossi dubbed this exclusive gold to silver ratio gilver which proved to be the ideal medium for Yossi’s signature hammering and finishing technique.

Yossi continues to build his international business and was awarded the Couture Design Awards in 2007, 2009, and again in 2014 for his excellence in jewelry design. His jewelry has been worn by A-listers like Natalie Portman, Rihanna, and Salma Hayek.

In a delightful tribute to his roots and the family who fostered his creative spirit, Yossi’s business is headquartered in Tel Aviv in his grandparents’ former home, which has been remodeled into a replica of the family’s ornate winter home in Istanbul. This breath-taking space is outfitted with Baccarat crystal chandeliers, 18th century French vitrage, and hand-painted ceilings made of stucco and, perhaps most appropriately, 24K gold leaf.