A New Star in the Horological Cosmos 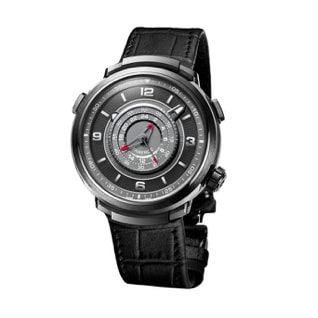 The Fabergé brand has been inextricably tied to the many famous eggs that were designed for Russian royalty. Over the course of the brand’s history, 52 amazing eggs were handmade and filled with gifts symbolizing important parts of the royal family’s lives. In the months leading up to February 1917, Fabergé began engineering what would become the last egg for the royal family. It was inspired by the cosmos and appropriately named the Constellation Egg.

Designed with a base of rock crystal clouds to hold it up, this blue glass “egg” more closely resembled a planet with a ring around it and was painted with the constellation Leo to represent the stars under which Tsarevich Alexei, the only son of Nicholas II and Tsarina Alexandra, was born in 1904. Inside, the egg would have housed a clock mechanism, allowing it to display the time via the outer ring. It would have been a wonderful Easter present for the royal family, but it was never finished. The Bolshevik Revolution overthrew the imperial regime in February 1917, just two months before the egg was to be revealed, and forced the Fabergé family into exile. 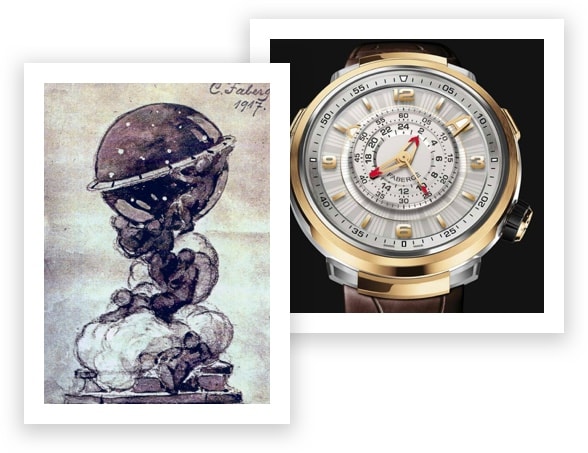 The egg vanished and did not resurface until the new millennium. Fabergé had by then begun its transformation as a brand, returning to its place in the luxury goods market and leaving the dark ages of the brand behind. Since its return, the brand has focused on creating beautiful, creatively-designed timepieces that evoke some of the many incredible Fabergé eggs of years past.

Now, as an homage to its illustrious history, and especially to the Constellation Egg, Fabergé has created the Visionnaire Chronograph. This remarkable timepiece marries the grandeur and tradition of old with the sleek functionality of the new. Inspired by the ancient tradition of measuring time by the shifting of stars in the sky, the Visionnaire Chronograph borrows from its astral heritage and measures time with impeccable accuracy. Its design connotes a polished modernism with a few nods to the Constellation egg that aren’t immediately obvious: for example, there is a laser etching of the unfinished egg hidden on the sapphire crystal of the watch that is visible only in certain light conditions.

Featuring an automatic movement by Geneva-based movement specialist Agenhor, the Visionnaire is equipped with a remarkable dial design that places the chronograph function at the center of the watch while prevailing time can be read in a ring outside the chronograph dial. This is an arrangement not dissimilar to that of the Constellation Egg clock, which also displays time on its outer ring. This unique movement design is a world first. Not only does it allow for better legibility, but it also showcases the impressive artisanship that Fabergé infuses into every timepiece.

The Visionnaire Chronograph was crafted with comfort and class in mind. Its top-of-the-line engineering, wearable design that molds to the wrist, and fascinating backstory certainly set it apart from other models in its category.