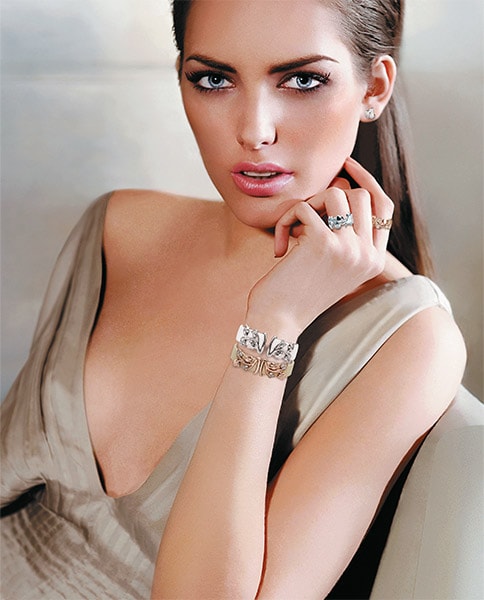 Born in Belgium in 1873, Alexis established his reputation as a highly adept watchmaker early in his career. While Alexis specialized in handling delicate clocks and chimes, he was also tasked with the complex installation and repair of the neighboring town’s enormous cathedral and city hall clocks. Over time, Alexis broadened his skill set and dabbled with fine jewelry, unearthing an incredible natural talent for jewelry design.

Continuing the Van Der Bauwede watch and jewelry business, Alexis’s son Michel assumed the helm in 1930 at the young age of 24. Michel specialized in pocket watches, which held a unique fascination for the budding entrepreneur. As the Van Der Bauwede name gained renown and recognition, Michel expanded the brand’s watch and jewelry categories and opened the first Van Der Bauwede boutique in Lille, France. The store, which was a magnificent converted 18th century Flemish house, would remain the brand’s headquarters for the next 50 years.

The Van Der Bauwede collection’s popularity would boom under Pierre Van Der Bauwede, who stepped in to lead the company after his father Michel’s death in 1965. Originally educated in medicine and physics, Pierre brought his unique scientific perspective to Van Der Bauwede and gemology. Pierre would go on to invent the VDB Diamond Cut in 1991. Pierre’s breakthrough diamond was the first-ever rectangular diamond: this magnificent stone had an impressive 57 facets that reflected light and dazzled the eye as well as a round-shaped diamond would.

VAN DER BAUWEDE GENEVE’s imaginative designs play upon elegant shapes and volume and daring, flamboyant color combinations. A prominent nature motif weaves through the collection and manifests itself in the form of an ivy-wrapped diamond ring, an antelope pendant, and a steel ring with a snake print made of white diamonds and black sapphires. This rebellious design approach spreads to VAN DER BAUWEDE GENEVE’s watches, which are bold twists on timeless round, square and tonneau watchcase shapes.

VAN DER BAUWEDE GENEVE’s exotic watches and jewelry sets are the magnificent culmination of more than a century’s worth of family history and ingenuity.

Carrying on the Legacy

The Van Der Bauwede family has long been renowned and deeply respected for their ground-breaking work with gems and diamonds in particular. Today, VDB by Van Der Bauwede continues to push the limits of jewelry design with their fantastic creations that infuse a dash of rebellious spirit into their elegant designs. 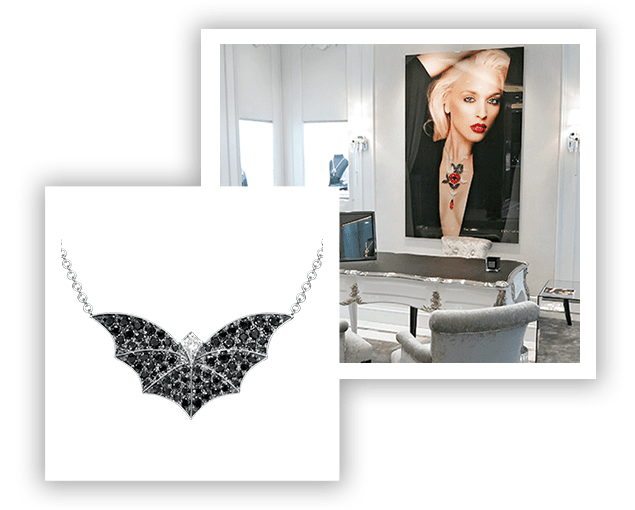