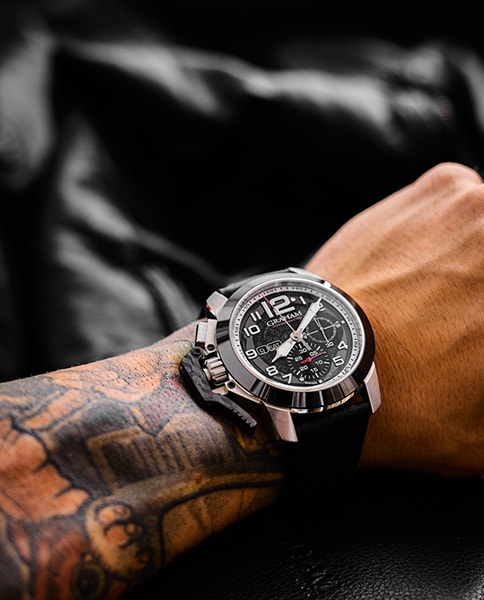 Daring Design from an Independent Spirit

Graham is based in the watchmaking haven of La Chaux-de-Fonds, Switzerland. The brand, whose inspiration George Graham is considered the “father of chronographs,” stands out from the crowd with its iconic Chronofighter model and its unusual ”trigger” device.

Graham is an unapologetically English name for an exquisitely English watch. Graham was the surname of George Graham (1673-1751), renowned British watchmaker from London and protégé of avant-garde watchmaker Thomas Tompion. George Graham is the pioneer of modern watchmaking: he is known as the father of the chronograph and the inventor of the dead-beat escapement, the cylinder escapement, and the mercury pendulum, to name a few.

Based and founded in 1995 in La Chaux-de-Fonds, the Swiss watchmaking cradle, the Anglo-Swiss brand Graham revives the spirit of genius watchmakers by combining its brilliant British watchmaking heritage, the Swiss know-how characterized by precision and technical innovation, and its evocative designs. Using impressive sizes, fancy colors, bold looks, advanced material, and high-technical features, Graham watches will appeal to anybody at first glance. We take pride in our unique presence in the world of daring watchmaking.The emblematic Chronofighter watch is Graham’s ultimate answer to the challenge of precision watchmaking. On the left side of the case, the model features a fast-action start/stop trigger that activates the chronograph function. The result is rapid, precise, and extremely reliable time measurement.

The device was used in the 1940s by Air Force pilots. Officers used the equipment to follow flight plans and to time air raids in a matter of life and death. These pilots were often caught in freezing temperatures and at high altitudes, with big gloves around their hands that reduced the visibility of their watches. These were enough reasons to develop a fail-safe operating system, and so the trigger was born. Our team works with passion and ambition. Our watches surprise for their originality, uniqueness, and richness of detail. 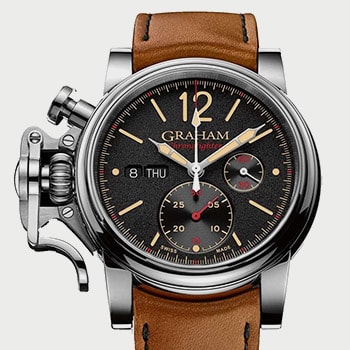 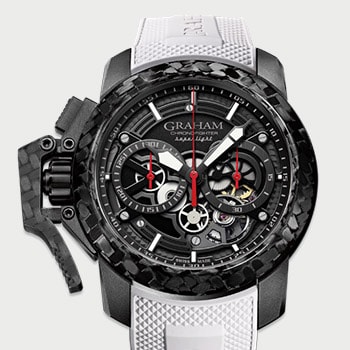 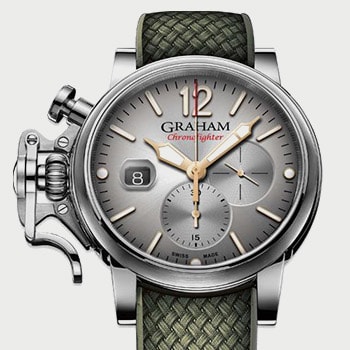 Thought-provoking design, innovation, quality, Swiss craftsmanship, and attention to detail are part of the Graham attitude. Each product is Swiss-made, integrates high-tech materials and innovative machine processes, and is sealed with a signature eye-catching twist in design. 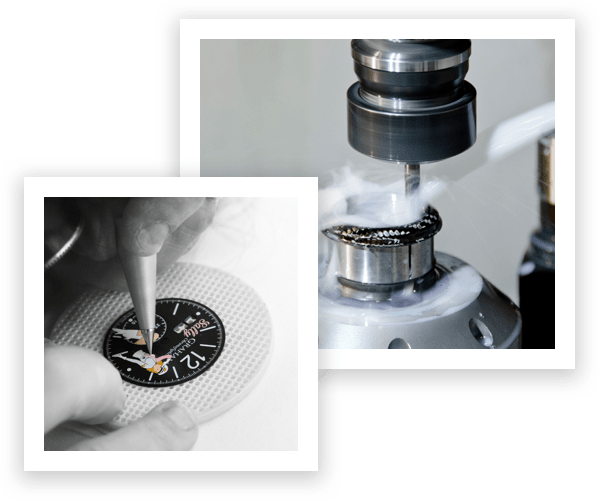