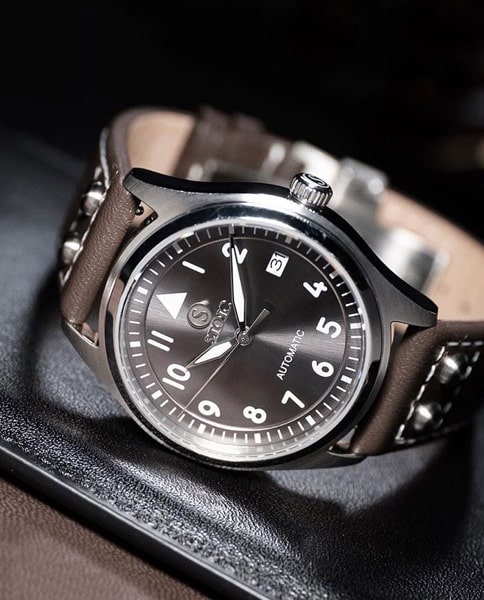 Without Time, We Have Nothing

A veritable living legend in the watch industry, Peter Speake-Marin is best known as an independent watchmaker with a penchant for highly creative and technically complex watches. (To wit, his namesake brand famously put out the Speake-Marin Renaissance, a mesmerizing fully-opened tourbillon minute repeater which was immediately touted as the year’s most interesting watch and an exceptional piece of horological art.)

And so, when Speake-Marin, the deeply respected and admired watchmaker, announced he was stepping down from his own brand, it shook the industry. But he made even bigger waves when introducing his newest collection, Stoic World.

Stoic World is simultaneously a sharp divergence from Speake-Marin’s former world of high-ticket luxury watches and a natural progression in the watchmaker’s oeuvre and evolving world outlook. Greatly influenced by author Tim Ferris and the writings of ancient Roman philosopher Seneca, Speake-Marin was drawn to stoicism, a way of thinking calmly and rationally so you cut through the noise and focus on what in your life you can control. In the simplest of terms, stoicism’s central teachings emphasize how unpredictable the world is and how fleeting time is, but, through virtue and wisdom, we can positively assert ourselves and overcome destructive emotions.

Speake-Marin adopted this school of thought as an integral part of his new watch brand’s name and core identity. Stoic World’s thoughtful designs emphasize practical everyday utility and harken back to the fundamentals of watchmaking. The watches are impeccably made by Seiko Instruments with high-quality materials—including surgical-grade 316L stainless steel, sapphire crystals, and Italian leather. For all their fine craftsmanship, Stoic World watches’ shockingly competitive prices (retail $290 -$490) are not just good business but another extension of the brand’s driving philosophy; through its affordable pricing, Stoic World Watches aims to share a passion for watchmaking on a much broader scale.

Each Stoic World watchcase back is stamped with the words of Seneca, “Nothing is ours, except time,” to serve as a constant reminder that this disruptive brand is not exclusively out to sell watches. Stoic World aims to revolutionize our entire perception of time, time’s inherent value, and that, as Speake-Marin explains, “Without time, we have nothing.” 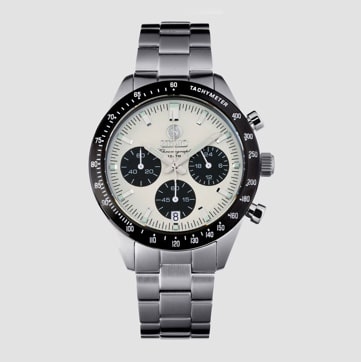 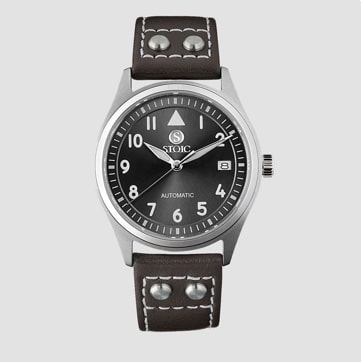 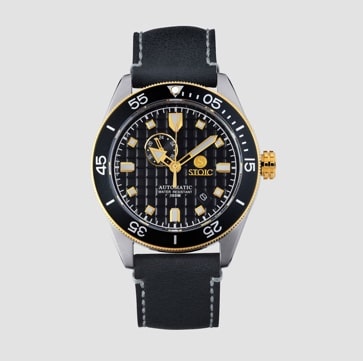 Inside the Stoic Sports Watch

Stoic’s inaugural Sports Watch is a perfect collection starter. Competitively priced with all the trappings of a classic automatic timepieces and designed by the watchmaking genius, Peter Speake-Marin, the Sports Watch is sure to grow into your favorite every day watch. 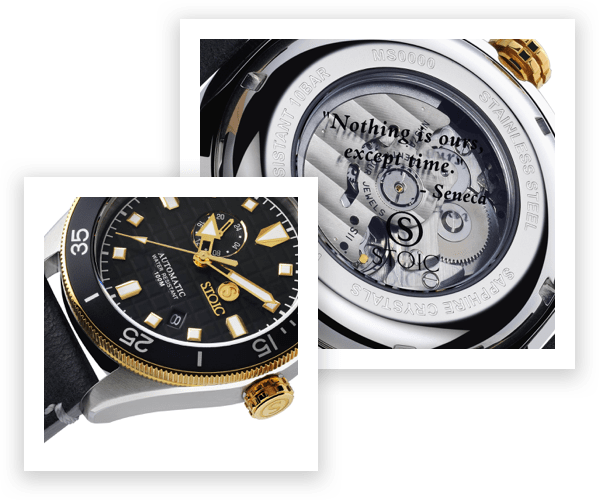